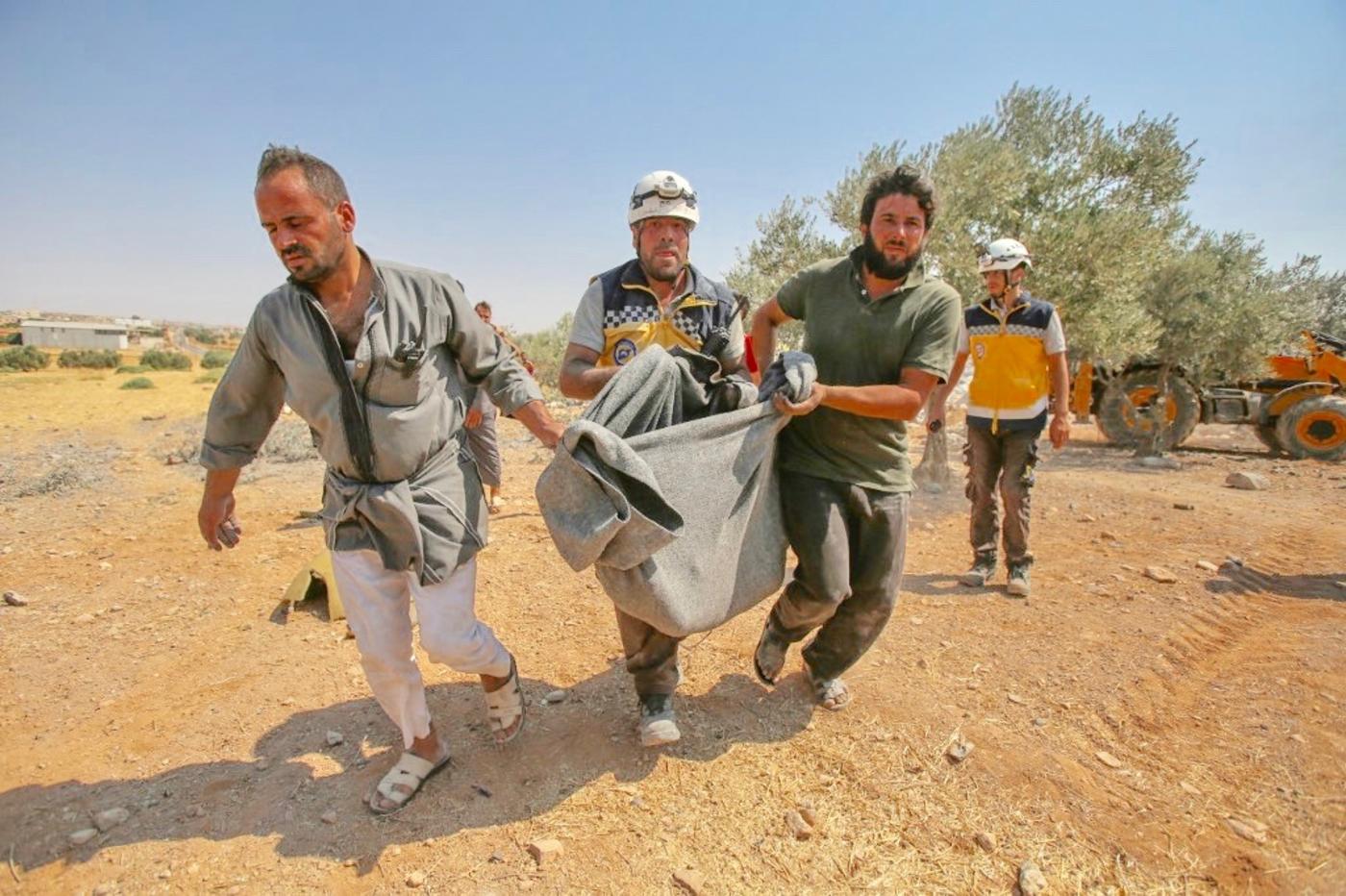 Air strikes have killed more than two dozen civilians in northwestern Syria in the last two days in an escalation of a Russia-backed offensive against the last major rebel stronghold, a war monitor and local activists said on Saturday.

An air strike in the village of Deir Sharqi killed seven members of one family, most of them children, on Saturday morning, the Syrian Observatory for Human Rights said. Seven more people were killed by bombardments in other areas, it said.

On Friday, air strikes in the village of al-Haas killed 13 people. The dead included a pregnant woman and her unborn baby, local activists and the Observatory said. They had been seeking shelter after fleeing another area, Reuters said.

Rami Abdul Rahman, director of the Observatory, said the government's aim was apparently to force civilians to flee from areas that had been relatively unscathed in the military escalation that began in late April.

3- Our teams documented 93 airstrikes on #Idlib countryside, including 38 from the Russians, and 37 barrels bombs from regime helicopters. At least 577 artillery shells and rockets were also fired. pic.twitter.com/w71q6phUYc

"They are bombing the towns and their outskirts to push people to flee," he said, adding that hundreds of families were moving northwards away from the targeted areas.

Ahmad al-Dbis, safety and security manager for the US-based Union of Medical Care and Relief Organisations, which supports medical facilities in the northwest, said the bombardment had widened into populated areas where there were no military positions.

"They are being targeted to drive the people towards forced displacement," he told Reuters.

A French foreign ministry statement released after the attacks condemned "indiscriminate air strikes by the regime and its allies in Idlib" and called "for an immediate cessation of hostilities". Heightened air raids by the Syrian government and its ally Moscow on the Idlib region have killed hundreds since the end of April, AFP said.

Over the past week, government forces have advanced on the southern edges of Idlib province, with the aim of capturing the town of Khan Sheikhoun, which lies on a key highway.

The highway runs through Idlib, connecting government-held Damascus with the northern city of Aleppo, which was retaken by government forces from rebels in December 2016.

Syria's former al-Qaeda affiliate Hayat Tahrir al-Sham has since January controlled most of Idlib province as well as parts of neighbouring Hama, Aleppo and Latakia provinces.

Other rebel groups are also present in the area.

A buffer zone deal brokered by Russia and Turkey last year was supposed to protect the region's three million inhabitants from an all-out government offensive, but it was never fully implemented.

Syrian and Russian air strikes and shelling since late April have killed more than 850 civilians, according to the Observatory. The United Nations says the violence has displaced more than 400,000 people.

"Many of these people have been displaced up to five times," the UN's regional spokesman for the Syria crisis, David Swanson, told AFP on Saturday.

"Ongoing clashes, shelling and air strikes, including the use of barrel bombs, continue unabated" and are hindering aid operations, he added.

AFP correspondents have reported seeing dozens of families flee fighting over the past few days, heading north in trucks stacked high with belongings.

Syria's conflict has killed more than 370,000 people and displaced millions at home and abroad since starting with the brutal repression of anti-government protests in 2011.