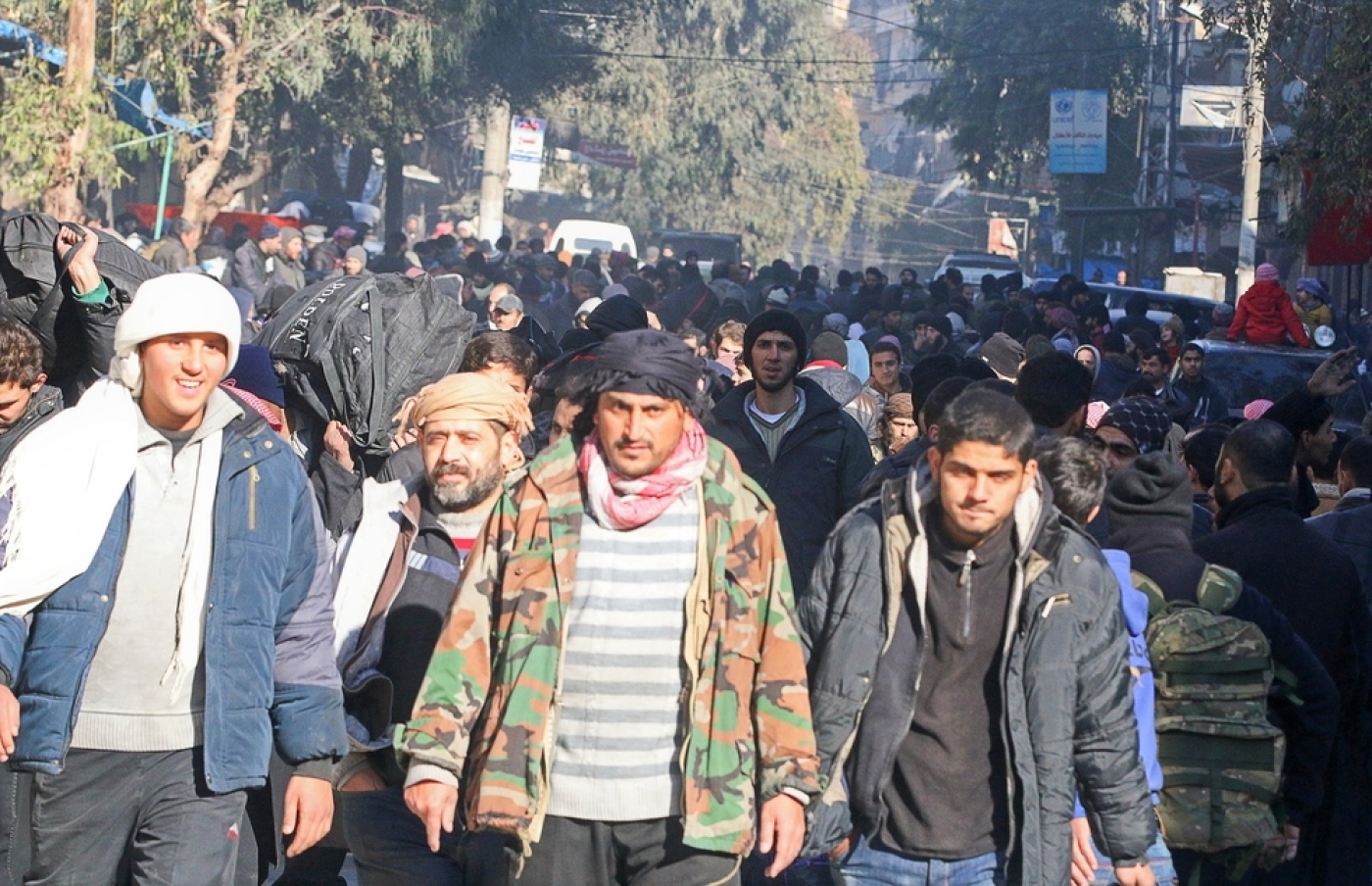 Russian soldiers have reportedly led a convoy of 1,000 civilians and rebels out of Aleppo, as a Russian and Turkish deal to end fighting in the Syrian city gathered pace after a day of broken promises and more violence.

Zouhir al-Shimale, a journalist in the city, said Syrian government buses had arrived in his area in the early hours of Thursday and were loading injured civilians on to them. Hours later, state TV said many had left rebel-held areas.

"The green buses have just arrived and the evacuation process has recommenced," he said. "The process is going really smoothly right now but it was very tense in the beginning.

A Turkish official said on Thursday that the evacuation of the entire remaining population of eastern Aleppo could take two or three days.

A slow-moving convoy of about two dozen vehicles left al-Amiriyah district and crossed into government-held Ramoussa on their way to rebel-held territory in the west of Aleppo province, AFP said.

Egeland said Russia had also promised there would be a pause in fighting in Syria's Idlib province, where many Aleppans would be sent.

At the same time, Syrian state media reported that a fleet of trucks and ambulances were headed to the villages of Foua and Kefraya, which are besieged by rebels, to evacuate wounded and families.

On Wednesday, rebels attributed the hold-up of the ceasefire and evacuation to demands by Iran-backed militias that the wounded in Foua and Kefraya should also be taken to government areas.

The International Red Cross and Syrian Red Crescent said that 200 wounded were among the first to be moved. Some of those civilians were in a critical condition, the Red Cross said on Twitter.

The evacuation comes a day after a deal to end fighting in Aleppo, agreed by Russia and Turkey, fell into disarray amid renewed fighting.

The deal was re-enforced overnight and a ceasefire largely appeared to remain in place in the early morning.

Tens of thousands of people remain in the small pockets of rebel-held territory in the east of the city.

Early reports on Thursday however said fighters loyal to the Syrian government fired on one evacuation convoy, wounding three, the head of the ambulance service said.

"The convoy was shot at by regime forces and we have three injured, one of them from civil defence... They were brought back to besieged areas," ambulance service Ahmed Sweid told the pro-opposition Orient TV.

'The convoy was shot at by regime forces and we have three injured, one of them from civil defence'

Syrian state-run Ikhbariya television also reported that what it called terrorists had shelled a government-held part of Aleppo with rocket fire, citing its own reporter in the city.

However, a resident in a rebel-held district next to the area which Ikhbariya said the projectiles had hit said he had not heard the sound of bombardment there on Thursday.

The evacuation of the last rebel enclave would end years of fighting for the city and mark a major victory for Syrian President Bashar al-Assad.

Syrian state TV has reported that 4,000 rebels and family members were due to quit east Aleppo.

Residents hoping to be taken out have been burning personal belongings they cannot take with them. "Outside every building you see a small fire, papers, women's clothes," a resident of eastern Aleppo told Reuters.

Russia would use drones to monitor how rebels and their families were transported on 20 buses, accompanied by 10 ambulances, along a humanitarian corridor, the ministry said.

A truce brokered by Russia, Assad's most powerful ally, and opposition backer Turkey on Tuesday broke down following renewed fighting on Wednesday and the evacuation did not take place then as planned.

An official from the Jabha Shamiya rebel group said a new truce came into effect at 2.30am on Thursday.

Shortly before the new deal was announced, clashes raged in Aleppo.

Government forces made a new advance in Sukkari – one of a handful of districts still held by rebels – and brought half of the neighbourhood under their control, according to the Syrian Observatory for Human Rights, a monitoring group.

The Russian defence ministry said – before the report of the government forces' advance in Sukkari – that the rebels controlled an enclave of only 2.5 square km (1 square mile).

The evacuation plan was the culmination of two weeks of rapid advances by the Syrian army and its allies that drove insurgents back into an ever-smaller pocket of the city under intense air strikes and artillery fire. By taking control of Aleppo, Assad has proved the power of his military coalition, aided by Russia's air force and an array of Shia militias from across the region.

Rebels have been backed by the United States, Turkey and Gulf monarchies, but that support has fallen far short of the direct military assistance given to Assad by Russia and Iran.

Russia's decision to deploy its air force to Syria 18 months ago turned the war in Assad's favour after rebel advances across western Syria. In addition to Aleppo, he has won back insurgent strongholds near Damascus this year.

The government and its allies have focused the bulk of their firepower on fighting rebels in western Syria rather than Islamic State, which this week managed to take back the ancient city of Palmyra, once again illustrating the challenge Assad faces re-establishing control over all Syria.

Carla Del Ponte, a United Nations investigator and former UN war crimes prosecutor, told German newspaper Die Zeit that Russian and Syrian bombing of homes, hospitals and schools amounted to war crimes, as did the starving out of parts of Aleppo for months by militias loyal to the government. 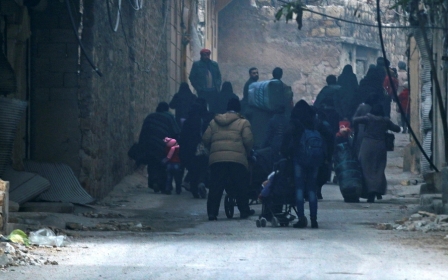