Activists say attack targeted military and civilian sites affiliated with the Lions of the East, a Free Syrian Army unit 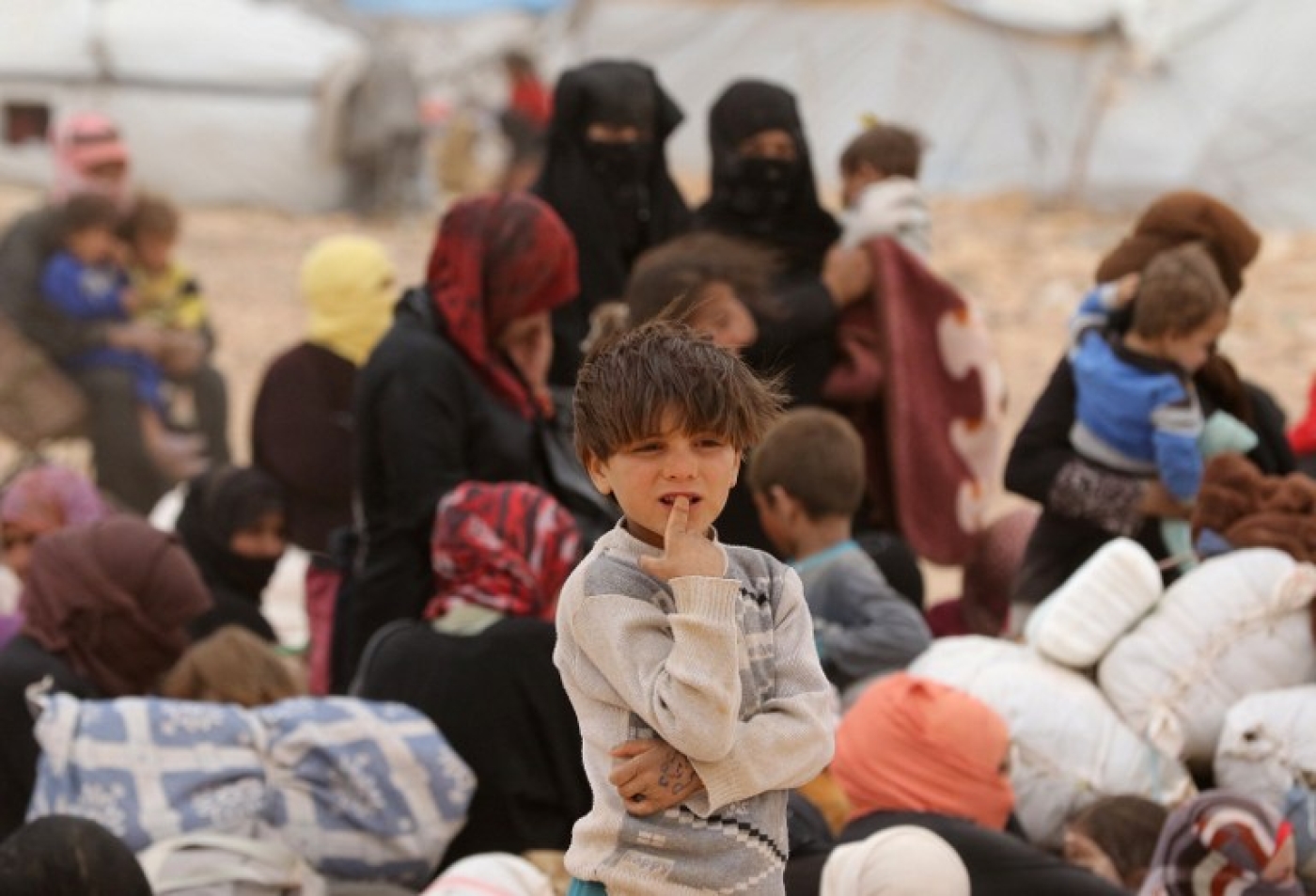 Earlier this year, Syrian refugees close to the site of Tuesday's air strikes wait to cross into Jordan (AFP)
By
Sara Elizabeth Williams

AMMAN - Jets believed to be Russian fired air strikes on a refugee settlement along the Jordan-Syria border on Tuesday, killing at least three people, according to Syrian rebels in the area. The dead included two children and an old man.

The strike occurred in a rocky stretch of desert loosely commanded by a Free Syrian Army unit known as the Lions of the East, who uploaded video of their men giving first aid to survivors.

Scores of people were wounded and the more serious cases were taken into Jordan for treatment at hospital in Ruwayshid, a small town on eastern Jordan, and in the capital.

Activists in Syria said the strikes hit two targets, both affiliated with the Lions of the East. One target was a camp for family members of the group, located 10km north of Hadalat, a border camp of about 11,000 people. The second was one of the group's military bases.

The incident marks the second time Russian warplanes have been implicated in an attack on the desolate far eastern stretch of the Jordanian panhandle.

In June, Russian warplanes unleashed a series of air strikes on fighters from the New Syrian Army, a highly trained US- and British-backed rebel group fighting the Islamic State (IS) militant group at Al Tanf, a strategically vital point in the far eastern desert, near where Jordan, Syria and Iraq converge.

A diplomatic insider in Jordan told Middle East Eye that the Al Tanf attack was "a message to the coalition to not exclude Russia from operations going north towards the Iran-Syria border".

According to notes from a meeting on Tuesday between Jordanian border guard forces and NGOs, more than 100,000 people have gathered along the far eastern border, most of them at a settlement called Rukban.

Jordan has been wrestling with challenges around how much life-saving aid to offer these people and how to provide it after seven soldiers were killed and 23 injured in a June suicide attack on the border later claimed by IS.

The Lions of the East are part of the Southern Front FSA alliance, a group that gets weapons, ammunition, uniforms, tacticals and instructions through the Military Operations Centre in Amman.

Spokesman Younes al-Salamah said many of the group's men have been trained in Jordan by American military trainers, a programme separate from the Pentagon's disastrous $500m 'train and equip' scheme, allegedly run covertly through the CIA.

Jordanian security sources deny any connections between Jordan and the Lions of the East.