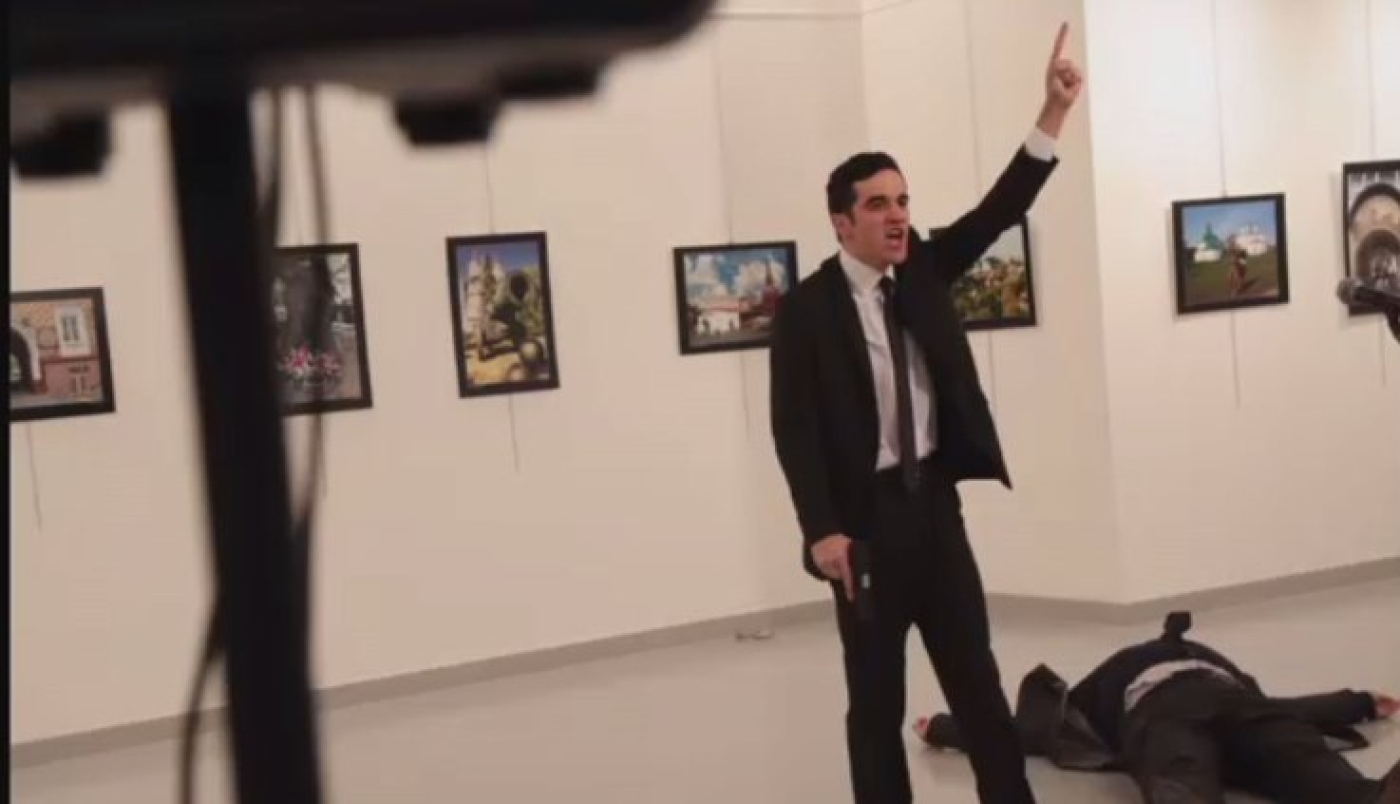 Editor's Note: This story contains video footage which some users may find disturbing

Russia’s ambassador to Turkey has died after being shot by a gunman inside an art exhibition in the Turkish capital Ankara on Monday evening, local media reported.

Andrey Karlov was among a group visiting an exhibition at the modern arts centre in Ankara when he was targeted by a gunman. “An unknown person opened fire during a public event in Ankara. As a result, the Russian ambassador to Turkey received a gunshot wound,” Russian foreign ministry spokesperson Maria Zakharova told journalists.
Karlov’s condition was initially reported as critical and he was transferred to hospital. A spokesperson for the Russian foreign ministry confirmed that he had died of injuries.

Russia's foreign ministry said it was in contact with the Turkish government over the shooting, and said they had received assurances that punishment would be meted out to those responsible.

Russian President Vladimir Putin reportedly called an urgent meeting with his foreign minister, Sergei Lavrov, and the heads of the security services.

The gunman was reported to have been shot dead, according to Turkish media. A media blackout was imposed on the scene shortly after the shooting happened.

The gunman reportedly shouted that the attack was “revenge” for Aleppo. He then shouted, “You will not be allowed to get away with this.”

About 15 to 20 gunshots were reported by eyewitnesses at the scene.

A Hurriyet photojournalist at the scene told broadcaster CNN-Turk that he saw the Russian ambassador get shot. He said the assailant only targeted the ambassador and did not fire at anyone else.

READ: How Putin and Erdogan divided up Syria

Russian officials at the embassy claim Islamist extremists are behind the attack, according to the Hurriyet newspaper.

The site has been evacuated and is currently surrounded by police.

A number of sources, including Melih Gokcek, the mayor of Ankara, said that gunman had been a 22-year old riot police officer named Mevlut Mert Altinas. Gokcek - who has been known for making outlandish claims in past - also suggested he was a supporter of Fethullah Gulen, the exiled Islamic cleric the government blames for the failed 15 July coup attempt.

Russian and Iranian missions in Turkey have been the site of various protests over the past week, as anger has mounted over events unfolding in the Syrian city of Aleppo, where thousands of people have been stuck in besieged rebel-held areas in the east of the city after a weeks-long offensive by the Syrian government backed by Russian and other allied forces.

Turkish and Russian officials have been in intensive talks during the past fortnight and Moscow and Ankara played a major role in negotiating a ceasefire and facilitating a corridor to evacuate civilians and rebels trapped in parts of eastern Aleppo.

The foreign ministers of Russia, Turkey and Iran were set to meet on 20 December to discuss developments in Aleppo.

Russia and Iran are the biggest backers of the Bashar al-Assad government, whose forces launched an offensive and retook rebel-held areas of Aleppo last week.

Separately, Turkey was targeted twice in major terrorist attacks over the past 15 days. On 10 December twin bombings next to the Besiktas football club’s stadium in central Istanbul killed 45 people.

On 17 December, a public transit bus carrying off-duty soldiers was targeted in the central Anatolian city of Kayseri, killing 14 soldiers and injuring 55.

EXCLUSIVE: Russia tells Assad there is no military solution in Syria 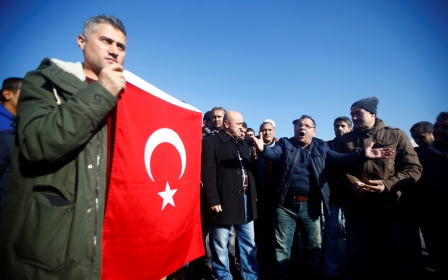 Turkey Politics
Turkey mourns its dead: 'When will they leave us alone?'