A day after Syrian government forces killed eight Turkish soldiers, Russian state media published a series of anti-Turkey reports, the kind not seen since relations between Ankara and Moscow hit a nadir in 2016.

Russian state news agencies Rossiya Segodnya and TASS claimed in separate articles on Tuesday that Turkey had played a role in the creation of the Nusra Front, al-Qaeda's former Syrian arm that has now rebranded itself as Hay'at Tahrir al-Sham.

The articles included the testimonies of two Syrian fighters, who claimed Ankara gave $100 salary to the Nusra militants. Zvezda TV, operated by the Russian defence ministry, ran a similar report that put Turkey under the suspicion of aiding the militant group. Turkish relations with Russia have been tense since last week, when President Recep Tayyip Erdogan declared that Moscow wasn't abiding by the de-escalation agreements it had promised to uphold in Syria's rebel-held Idlib province.

Multiple ceasfires have collapsed in Idlib, a province in northwest Syria bordering Turkey, and Syrian government advances have displaced 500,000 people since December, according to the UN.

Russia is a major ally of Syrian President Bashar al-Assad, and its forces have decisively swung Syria's war in his favour.

“A million Syrians are on the move to the Turkish border,” Erdogan said on Monday.

Turkey, which backs some of the Syrian rebel groups, has for months had a military presence in Idlib, centred around a series of observation posts.

In an effort to stop the Syrian government offensive, however, Turkey deployed about 100 trucks carrying armoured vehicles and tanks to Saraqeb, a strategically important town where the M4 and M5 highways cross over. And then the deadly Syrian shelling came.

For many in the Turkish media, the Syrian government attack on Sunday night wasn’t surprising. Cumhuriyet daily, a secularist opposition newspaper, noted on its front page that the raid occurred days after Erdogan’s severe criticism of Russia.

“The Moscow administration, which focuses on regional and historical ambitions rather than achieving stability in Syria, is untrustworthy and two-faced,” Bahceli was quoted as saying. 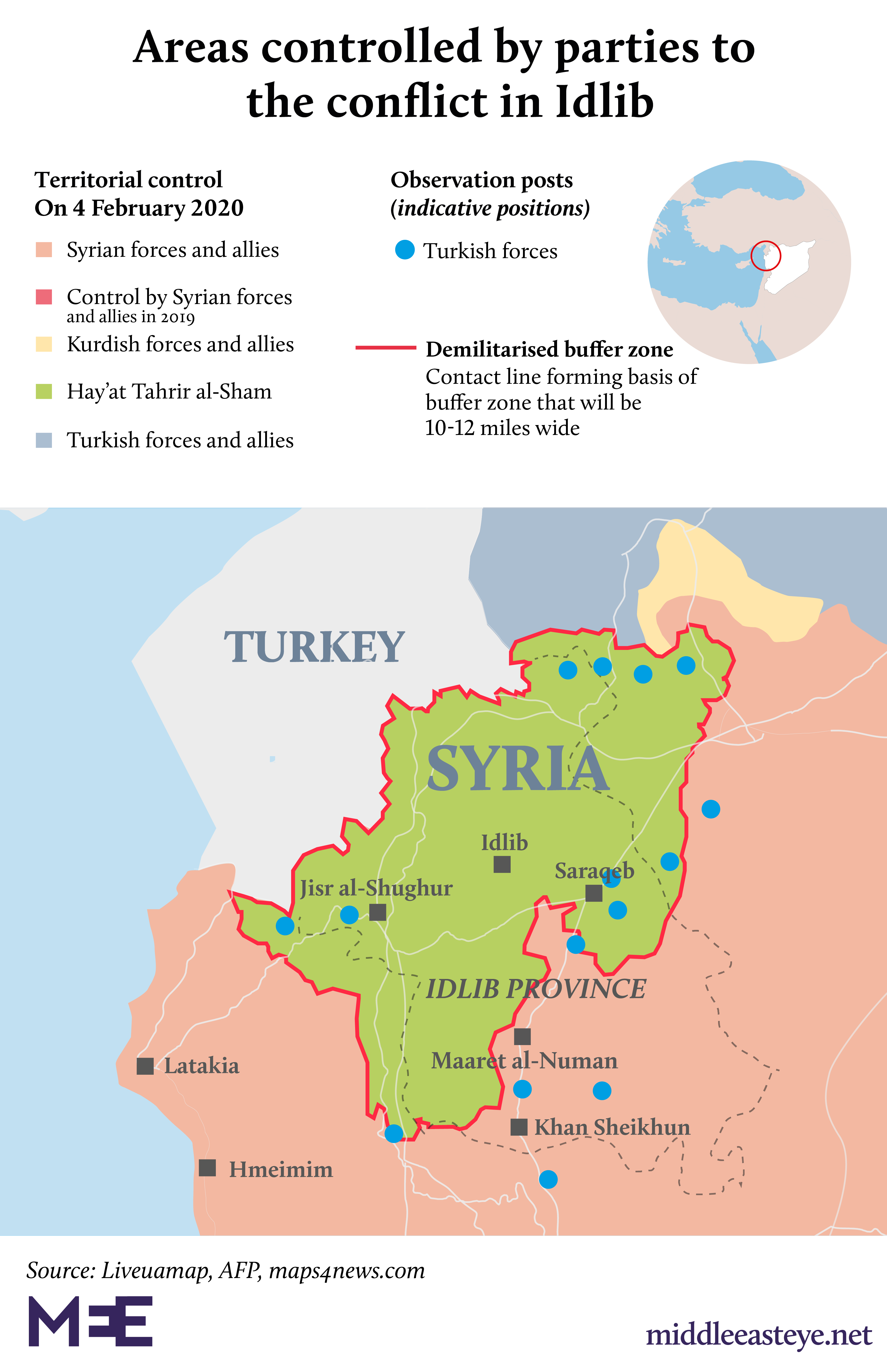 Burhaneddin Duran, an advisor to Erdogan, has used his column in Sabah to repeatedly call on the US and EU to help stop the humanitarian catastrophe playing out in Idlib, where more than three million people are trapped in the fighting.

In his column on Tuesday, Duran said Turkey hadn't been left with many options other than changing the balance on the ground.

“Ankara is reinforcing the observation stations in Idlib. And moving to the stage of territorial control rather than just observing,” he wrote.

Erdogan, in remarks released to the media on Tuesday, said that Turkey had completed the first stage of addressing the issue by deploying reinforcements, and signalled that something resembling a full-scale military operation might be needed next, following through on previous threats.

“They believe we have been joking. Our military response to [Syrian government forces] was a good lesson to them. But we won’t stop, we will continue,” he said.

Erdogan’s visit to Ukraine on Monday also seemed to have rattled the Russians.

Before leaving for Kiev, Erdogan repeated the official Turkish policy that Ankara would never recognise Russia's unilateral annexation of Crimea.

On top of that, a video showing that Erdogan greeting Ukranian soldiers during the official welcoming ceremony with a “glory to Ukraine” salute created a social media sensation.

In Russia, the slogan is linked to Ukranian nationalists aligned with the Nazis against the Russians during the Second World War.

It will surely not resonate well in Russia:
“Glory to Ukraine!” pic.twitter.com/CYfjZtNags

“It had a really negative impact on Russians,” Kerim Has, an independent analyst on Turkish Russian affairs based on Moscow, told Middle East Eye.

However both sides tried to calm the waters with new statements on Tuesday.

Following a phone call between Russian Foreign Minister Sergei Lavrov and his Turkish counterpart Mevlut Cavusoglu, Russia's foreign ministry said that “there was no alternative to a comprehensive resolution of the Syrian crisis by political and diplomatic means”.

Erdogan, too, underlined that Turkey doesn’t need to clash with Moscow.

“We don’t need to be in confrontation with Russia. We have many strategic initiatives with Russia" other than Syria, he said. “We will talk about everything. We shouldn’t act on our anger.” 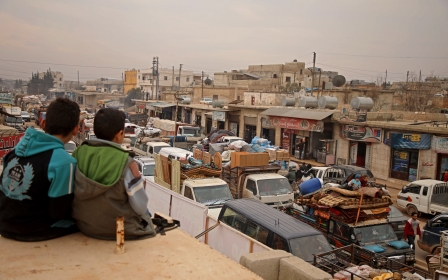 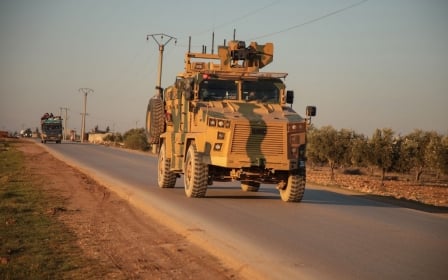