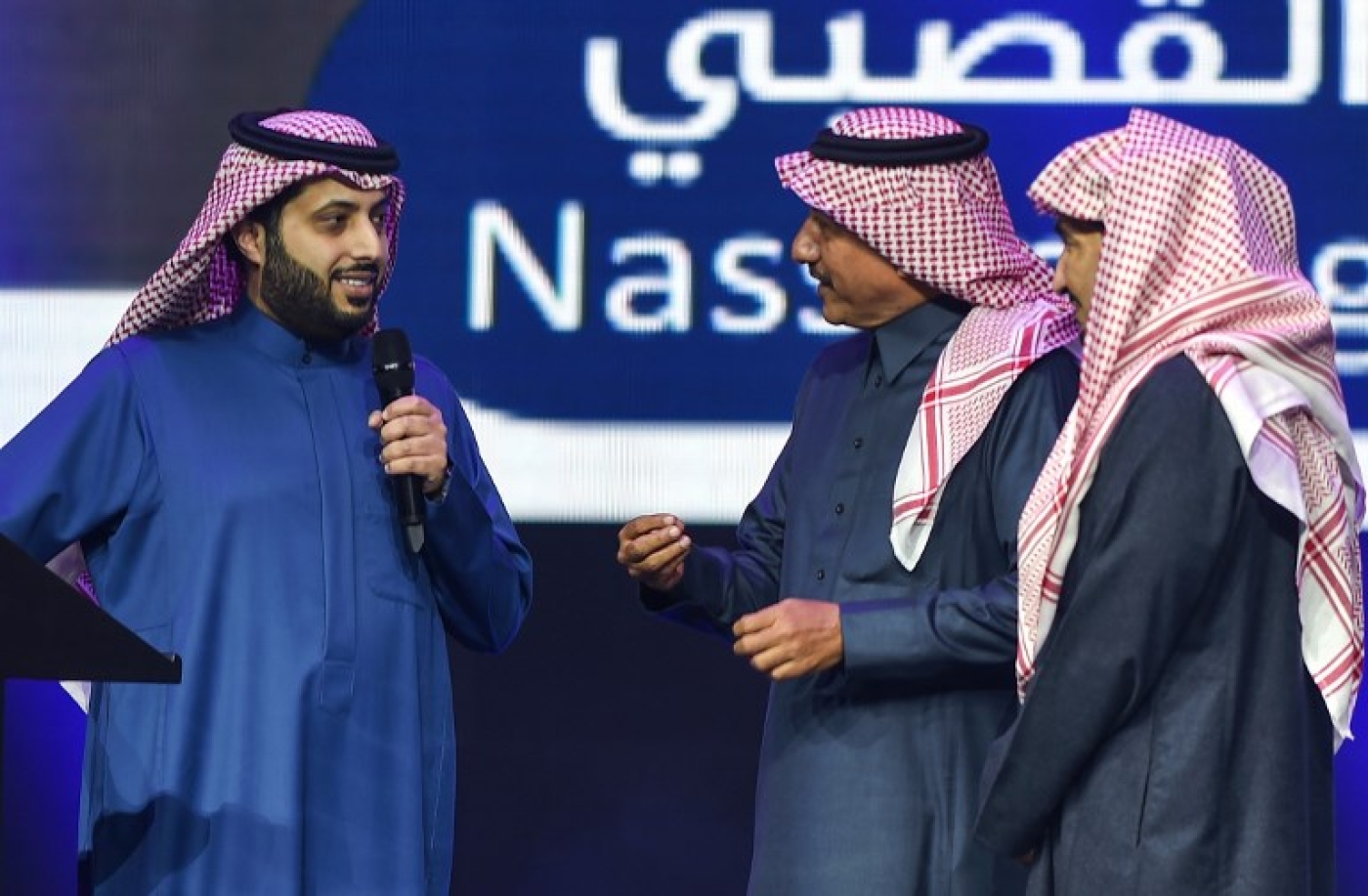 Saudi Arabia has issued a royal decree allowing music to be played in restaurants across the Gulf kingdom, as part of a series of reforms spearheaded by Saudi Crown Prince Mohammed bin Salman.

Turki al-Sheikh, CEO of Saudi Arabia's General Entertainment authority (GEA) and adviser to the Saudi royal court, announced the decree during a packed press conference in Riyadh on Tuesday.

"From today, we will be issuing licenses for restaurants in the kingdom to pay music and songs," Sheikh told a packed press conference.

Translation: Starting today... the issuance of licenses to play music and songs in all restaurants of the kingdom, and priority to Saudis.

At the launch of the 2019 entertainment calendar, Sheikh listed dozens of events the kingdom hopes to host this year, including auto races, magic shows and theatrical performances, televised game shows, floating restaurants and outdoor cinemas in 13 locations, according to the Riyadh-based Arab News.

He also mentioned plans to hold bull running events, similar to ones in Spain, and magic shows, despite sorcery and witchcraft being a charge punishable by death in Saudi.

“I hope national companies, banks, businessmen, artists and all sectors put their hands together. There are golden opportunities,” he told an audience that included princes, ministers, Arab celebrities and clerics.

Sheikh said Saudi Arabia aimed to become among the top 10 global entertainment destinations and in the top four in Asia, but provided no timeline and few concrete figures for his targets.

Officials have previously said that these reforms aim to capture up to a quarter of the $20bn currently spent overseas every year by Saudis seeking entertainment.

Last year, GEA said infrastructure investments over the next decade would reach 240bn riyals ($64bn), which would contribute 18bn riyals to annual gross domestic product and generate 224,000 new jobs by 2030.

The kingdom is trying to shake off its ultra-conservative image in a drive to keep Saudis spending their money at home, lure foreign visitors, create jobs for young Saudis, and improve the quality of life in a country where cinemas and public concerts were banned until recently.

While the government put on concerts, including a performance by the Black Eyed Peas and Nelly last year, the reform push has been accompanied by a crackdown on dissent, including the arrests of women’s rights activists, clerics and intellectuals.

The murder of journalist Jamal Khashoggi last October has also tarnished the country’s image and scared off some potential investors.