Saudi Arabia has carried out 800 executions under King Salman: Report

Executions have doubled in only five years, with at least 13 juvenile defendants currently on death row, says Reprieve According to the British nonprofit, which campaigns against the death penalty, the rate of execution in Saudi Arabia has doubled since 2015, when King Salman succeeded to the throne in January after the death of his half-brother, King Abdullah.

While the king's son, Crown Prince Mohammed bin Salman, said that his government planned to limit the number of executions in the kingdom, the reality is far from that statement, Reprieve said.

Currently, there are at least 13 juvenile defendants on death row - including Ali al-Nimr, Dawood al-Marhoon and Abdullah al-Zaher - who are “at imminent risk of execution”, Reprieve and the European Saudi Organisation for Human Rights said.

Saudi Arabia executed six young men last year who were children at the time of their alleged offences, in a mass execution of 37 people.

“For all the rhetoric of reform and modernisation, Saudi Arabia is still a country where speaking out against the king can get you killed,” said Maya Foa, Reprieve's director.

“In the run-up to the G20 summit in Riyadh in November, the kingdom’s western partners must demand an end to the execution of children and political opponents, otherwise they risk tacitly endorsing these flagrant violations of international law.” 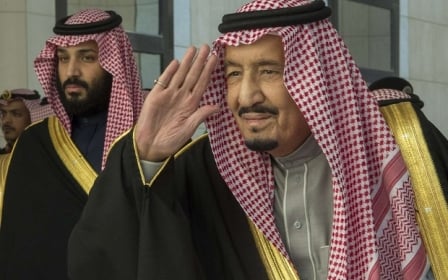