United Nations legal experts urged Saudi Arabia on Monday to reverse a death sentence imposed on Abdullah al-Huwaiti, a man who was convicted for crimes reportedly committed when he was a minor.

In May 2017, Huwaiti - who was 14-years-old at the time - was detained by police officers from his home in the northwestern city of Tabuk, and convicted of allegedly shooting a policeman during a robbery of a jewellery store.

He was held incommunicado for four months and denied access to a lawyer. He was interrogated under torture, including being whipped with electrical wire and was beaten to the point that he could not walk for days, according to rights groups.

Saudi Arabia's Supreme Court overturned his sentence in November last year, however, Huwaiti was retried by a Tabuk criminal court under qisas - a form of retributive justice that allows the family of the victim to demand a death sentence, diya (monetary compensation), or offer a pardon.

The court subsequently sentenced Huwaiti to death once again. His appeal against the second death sentence is currently being heard by the appeals court and a verdict is expected soon.

"We are deeply concerned by the continuing imposition and execution of the death penalty against persons who were below 18 years of age at the time of committing the crime, which amounts to a serious violation of international human rights law," the UN letter said. The experts called on Saudi Arabia to "abolish the imposition of the death penalty for juveniles for all crimes, without exception" because it's "inherently cruel to execute children".

"We also emphasize that the prosecution bears the burden of proof in establishing that evidence was not obtained by torture. Prosecutors and judges also share a responsibility in initiating investigation, including ex-officio, whenever there are reasonable grounds to believe that torture or ill-treatment has been committed."

The experts placed emphasis on Huwaiti's mental health, saying how it was badly impacted when he was sentenced to death for a second time on 2 March 2022. Huwaiti has gone on a hunger strike, collapsed in prison, and has been taken to a psychiatric ward, reports show.

Jeed Basyouni, who leads Reprieve’s Middle East and North Africa work, said that "from the moment police raided the Howaiti family home and dragged out 14-year-old Abdullah, the Saudi justice system has been on autopilot, punishing him for a crime he cannot have committed".

"Every court knew how young he was. Every court heard he had an alibi. Every court was told he was tortured. But they sent him to death row and kept him in a cell, when he should have been playing football with his friends.

"Abdullah will never get back the teenage years he spent fearing for his life, but it’s not too late for the Saudi courts to do the right thing. The world is watching." 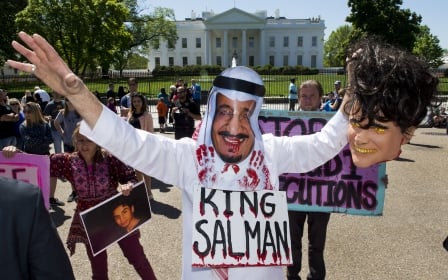