Saudi detainees accused of committing crimes while children are still at risk of execution, despite reforms announced earlier this year scrapping capital punishment for minors, human rights advocates have warned.

In April, King Salman issued a royal decree ending death sentences for crimes committed as a minor, instead making the maximum sentence 10 years in a juvenile detention facility.

However, there was no indication of when the decree would take effect, and rights groups have this week warned several youths still face the death penalty.

The European Saudi Organisation for Human Rights said on Monday that 13 minors still faced the death penalty in the kingdom. “Any official Saudi statement or promise regarding minors can't be trusted unless they are followed by their immediate release,” the rights group wrote on Twitter.

Earlier this month, Taha al-Hajji, a Saudi defence lawyer representing Nimr and living in exile in Germany, denounced “the gulf between rhetoric and reality” on Riyadh's policy.

“In April, it was widely reported that Saudi Arabia had eliminated the death penalty for minors. Four months later, the royal decree that supposedly mandates this reform remains unpublished,” Hajji wrote in Foreign Policy.

“And while the kingdom’s Human Rights Commission has told journalists and diplomats that the decree will be applied retroactively, the families of young men on death row have been kept in the dark.”

He said that Nimr was handed a death sentence after being tortured into giving false confessions which resulted in conviction for terrorism offences over participation in anti-government protests.

“Since exhausting his appeals, Nimr has spent five years wondering whether each day will be his last,” Hajji said.

In August, Nimr was among three individuals whose death penalties were ordered to be reviewed by Saudi Arabia’s public prosecutor. The other two were Dawoud al-Marhoun and Abdullah al-Zaher.

However, his lawyer said the statement did not provide details on when or how the review would occur.

Meanwhile, on Tuesday, Human Rights Watch said it had obtained charge sheets for two group trials of eight men, in which some of the crimes listed were allegedly committed by children.

One of the accused, Mohammed al-Faraj, who is now 18, was arrested at the age of 15. He was charged with participating in demonstrations and funeral processions - one of which he confessed to attending aged just nine.

Other charges seen by HRW included chanting slogans against the government and monitoring and sharing the movements of armoured security vehicles via WhatsApp with men wanted by the police.

UK-based rights group Reprieve has long campaigned for Faraj to be freed from his death sentence, and set up a petition which has over 14,000 signatures.

"There has been so much talk of reform, but no actual change for our clients. Authorities announced that the death sentences of Ali al-Nimr, Dawoud al-Marhoun and Abdullah al-Zaher will be reviewed, but not when or how: we will believe it when it happens," Maya Foa, director of Reprieve, told Middle East Eye.

'There has been so much talk of reform, but no actual change'

"Meanwhile prosecutors are still seeking the death penalty against Mohammed al-Faraj for alleged offences that date back to when he was nine years old."

Riyadh declared the scrapping of the death penalty against minors in April alongside an announcement that it had also abolished flogging as a legal punishment. Hundreds of lashes could previously be ordered for a variety of offences, including murder, extramarital sex and breach of the peace.

The Saudi supreme court said at the time the reform was intended to "bring the kingdom into line with international human rights norms against corporal punishment".

Since Mohammed bin Salman became crown prince in 2017, the kingdom has sought to enact a number of social reforms as part of its "Vision 2030" strategy to diversify the economy and improve its global reputation.

However, just last week Riyadh failed in its attempt to become a member of the United Nations Human Rights Council, after rights groups slammed its crackdown on activists, its leading role in the war in Yemen, and the killing of Saudi journalist Jamal Khashoggi.

"Will Saudi Arabia learn from its failure to secure a seat on the United Nations Human Rights Council? In 2018 the authorities told member states they had eliminated the death penalty for childhood crimes and were voted on to the council, only to execute at least six juveniles the following year," Foa told MEE.

"This time, states saw through the spin and rightly denied them a seat." 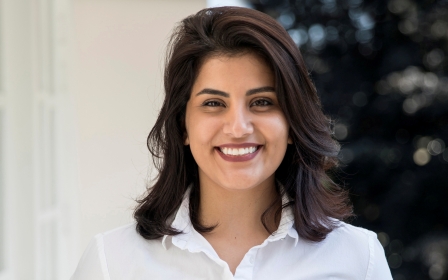