A Saudi Arabian woman built a new life in hiding. Then she disappeared

Shaimaa Albugamy fled her family, fearing for her life after years of abuse. Six months later she went missing, and friends and rights groups want answers 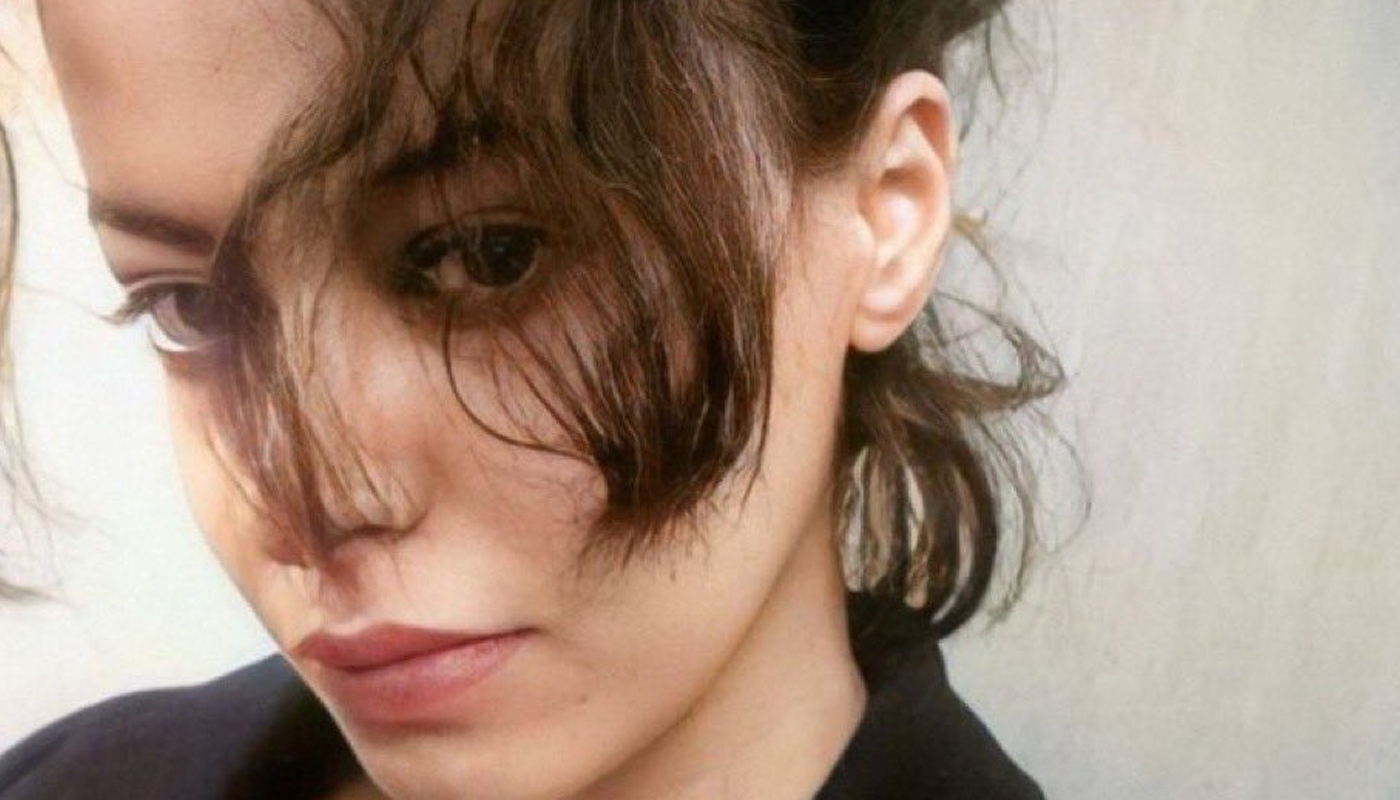 Shaimaa Albugamy celebrated her 25th birthday in hiding. It was the best one she had ever had.

After being physically and psychologically abused by her brothers and father, and regularly confined at home for years, Albugamy fled her family in a village near Mecca in October 2021, friends and human rights groups have said.

On her birthday in December, friends offered her cake, but she said she didn't need it. Being able to walk around freely was celebration enough, she told them.

"She said that the best thing that she had done in her life was to escape," a friend told Middle East Eye.

Albugamy's friends and rights groups believe she was forcibly disappeared in April by Presidency of State Security forces after her family reported she had absconded. Now, they are calling on Saudi Arabian authorities to disclose her location.

In an effort to get answers, MENA Rights Group, a Geneva-based legal advocacy NGO, submitted her case to the UN Working Group on Enforced or Involuntary Disappearances (WGEID) last month.

Albugamy's case would be the latest disappearance at the hands of the Presidency of State Security (SSP), a force set up by royal decree in June 2017, a month before Mohammed bin Salman replaced his cousin as crown prince.

The SSP has assumed responsibility for several bodies that previously reported to the interior ministry, including the mabahith, a secret police force.

The SSP has arrested well over 100 individuals since 2017, including religious scholars, women's rights activists and journalists, and is a force that rights groups say works in concert with the kingdom's Public Prosecution Office and Specialised Criminal Court to criminalise dissent.

But apparently, the force is also working to amplify male guardianship by pursuing abused women seeking independence. Albugamy's story is a reminder of the challenging situation facing abused Saudi Arabian girls and women, despite headline-grabbing reforms in recent years.

State-run domestic violence shelters where women like Albugamy could ostensibly seek refuge have been described by activists and researchers as prisons where abused women and girls are further abused and must wait for their male guardian - often their abuser - to allow them to leave.

'She always talked back'

A friend of Albugamy's, who first connected with her online and later met up in person in Saudi Arabia before leaving for the UK, told MEE that the 25-year-old had endured years of abuse from her family, starting at a young age.

"They were always afraid that she might cause them shame because she would never submit to their orders or their requests. She always talked back. She always stood up for herself," the friend said.

In an attempt to "break her", the friend said, Albugamy was pulled from school on multiple occasions. She graduated late from high school and was only allowed to study sharia at university. With little interest, she eventually dropped out. The abuse continued.

On two separate occasions when she felt particularly in danger, Albugamy filed complaints against her family members with local authorities, including once after her father broke her nose and a tooth, the friend said.

Her father, according to MENA Rights Group, is a former member of both the Military Religious Affairs Department and the religious police, formally known as the Commission for the Promotion of Virtue and Prevention of Vice.

Both times that Albugamy raised her concerns with authorities, who referred her to local police, her case was dropped because of the influence of her family in their village, her friend said. One officer working on the case was a relative. "She felt like she had no protection whatsoever," said the friend. 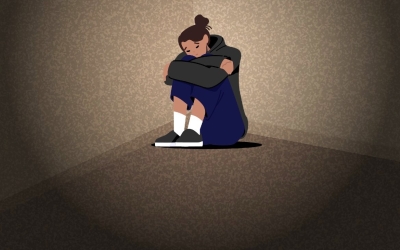 Where the abused are abused: Welcome to Saudi Arabia's shelters for women and girls
Read More »

MEE attempted to reach Albugamy's family for comment on the allegations of abuse, including through the Saudi government, but was unsuccessful.

Shaimaa Albugamy grew desperate and even considered going to Dar al-Reaya, one of the problematic state-run shelters. "This is how bad the situation was in her family house. She didn't mind even walking into prison just to escape that abusive environment," the friend said.

Then, last October, when she overheard her relatives saying they wanted to get rid of her and she saw a gun, she felt she had no choice but to run away, her friend said.

For six months, Albugamy built a new life. She avoided making new acquaintances so she wouldn't cause them any harm, but she told friends she "actually felt alive".  Eventually, she got a job that didn't require qualifications, so she could make a living without exposing herself.

"She was satisfied that, if this was the end of her life, at least she had lived these six months," her friend said.

No information since April

When friends no longer found themselves able to reach Albugamy in April, they realised something was wrong. Neither they nor the rights groups working on her case know where she has been taken, or whether she's been charged with any crime.

"Since April, there has been no information regarding her fate and whereabouts," said Ramzi Kaiss, legal and policy officer for MENA Rights Group.

WGEID, the UN body which received the NGO's submission about Albugamy, does not have any enforcement capability, but acts as a channel between those who are trying to determine the fate of disappeared individuals and governments. Once it sends the complaint to the Saudi government, Riyadh has six months to respond.

Meanwhile, there are concerns, given the pattern of forced disappearance cases involving the SSP, that wherever Albugamy is being held, authorities could be torturing her, he said.

"In cases that we've documented where individuals were arrested or abducted by the Presidency of State Security, they were usually forcibly disappeared for long periods, ranging from weeks to months and, in some cases, years," Kaiss said.

"Usually in the period when they're forcibly disappeared, they're subjected to torture, with the purpose of extracting coerced confessions which are then used to charge and sentence them."

MEE asked the Saudi foreign ministry whether the SSP had forcibly disappeared Albugamy, where she is being held and if she has been charged with a crime. The ministry did not respond.

For two months after Albugamy disappeared, the friend waited for any news about her fate. Once she left Saudi Arabia and reached a safe place, the friend started the #whereisShaimaa hashtag on Twitter to try to get answers.

A second friend of Albugamy, who is also no longer in the kingdom, told MEE that her disappearance has thrown her into a severe depression, which she tries to keep at bay, in part, by advocating for Albugamy's release. "She's a very close friend of mine," she said.

But even while campaigning for Albugamy, she said she worries about what would happen if her friend is released. "They would probably return her to her notoriously abusive family, and I don't know what's worse," she said.

"I hope Shaimaa gets released promptly and unconditionally without having to go to her criminal family that she ran away from." 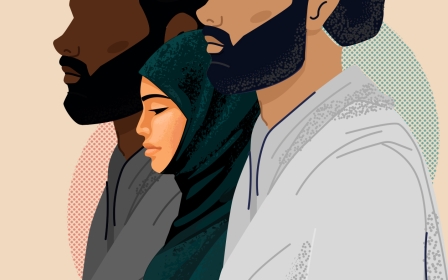 Inside Qatar
After #WhereisNoof, Qatari women question how safe they really are