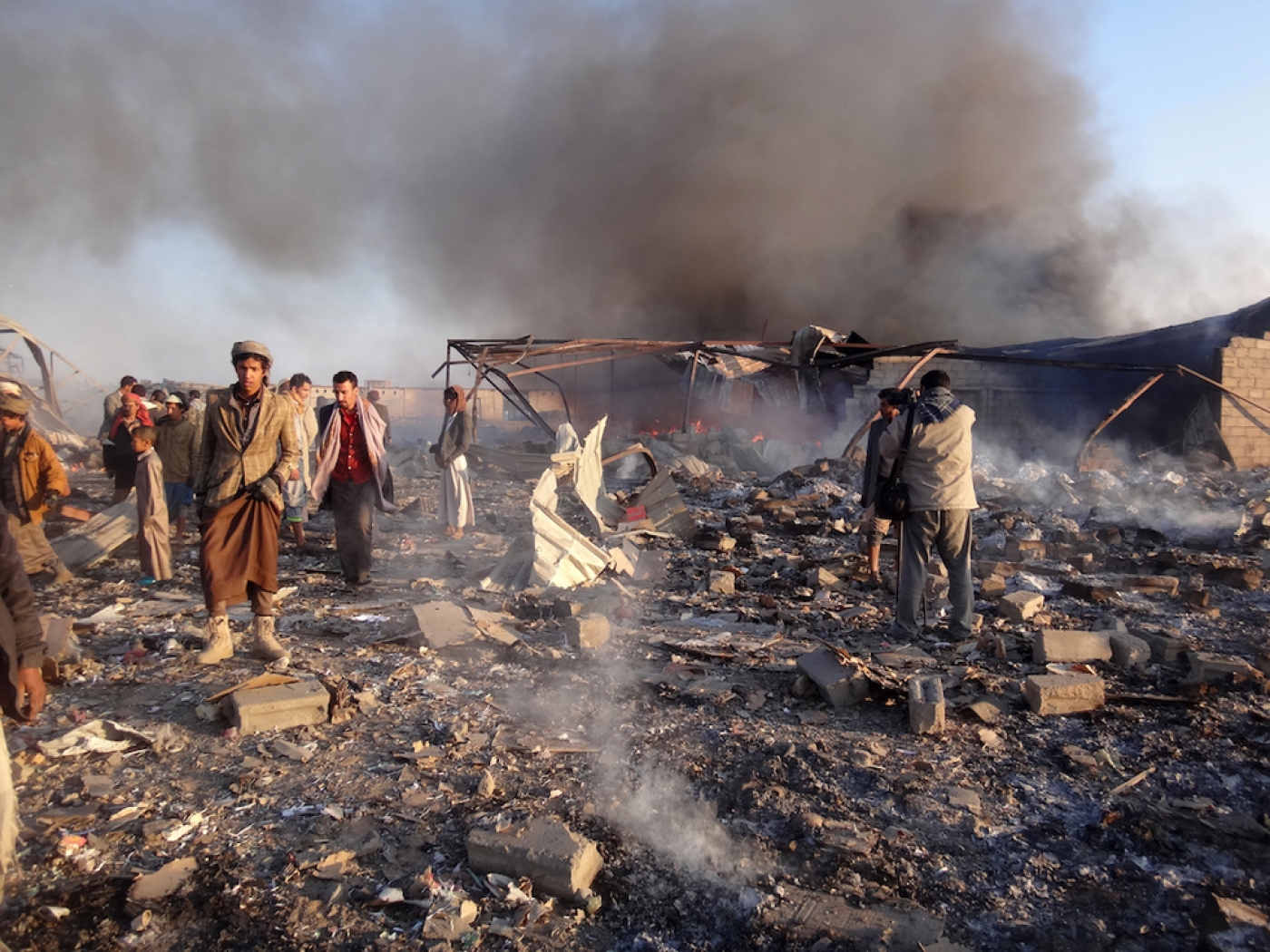 A Saudi-led military coalition on Monday announced $1.5 billion in new humanitarian aid for Yemen, after the United Nations made what it called a record appeal for assistance for the war-ravaged country.

The coalition also said it would also "increase the capacities of Yemeni ports to receive humanitarian" imports, as it faces mounting criticism for imposing a crippling blockade on the country.

The latest aid package, which follows last week's $2 billion Saudi cash injection to Yemen's central bank, comes amid an ever-broadening crisis in the country, where the conflict, cholera and looming famine have killed thousands and put millions of lives at risk.

"The coalition will coordinate...$1.5 billion in new humanitarian aid funding for distribution across UN agencies and international relief organisations," the coalition announced in a statement.

The coalition pledged up to $40 million for the expansion of ports to accommodate additional humanitarian shipments, adding that it would set up an air corridor between Riyadh and the central Yemeni province of Marib to run multiple aid flights of C130 cargo planes.

The coalition said it would set up 17 additional "safe-passage corridors" to facilitate overland transport for humanitarian organisations operating in the remote interiors of Yemen.

"The coalition is placing its military resources at the disposal of these broad-ranging humanitarian operations," said coalition spokesman Turki al-Maliki.

"We are backing a professionally planned and detailed humanitarian mission with military power and precision to guarantee that the humanitarian aid reaches the people who need it to lift their suffering."

Saudi Arabia leads a military coalition that intervened in Yemen in 2015 with the stated aim of rolling back Houthi rebel gains and restoring the country's "legitimate" government to power.

The United Nations on Sunday made what it described as a record appeal for aid to Yemen, calling for nearly $3 billion in humanitarian relief for the crisis-plagued country.

Saudi Arabia on Wednesday deposited $2 billion in Yemen's central bank after the Yemeni prime minister made a public plea for funds to prop up the currency and help stave off hunger.