A Saudi court has upheld the sentencing of Waleed Abulkhair, who was arrested in 2013 for challening the ruling authorities 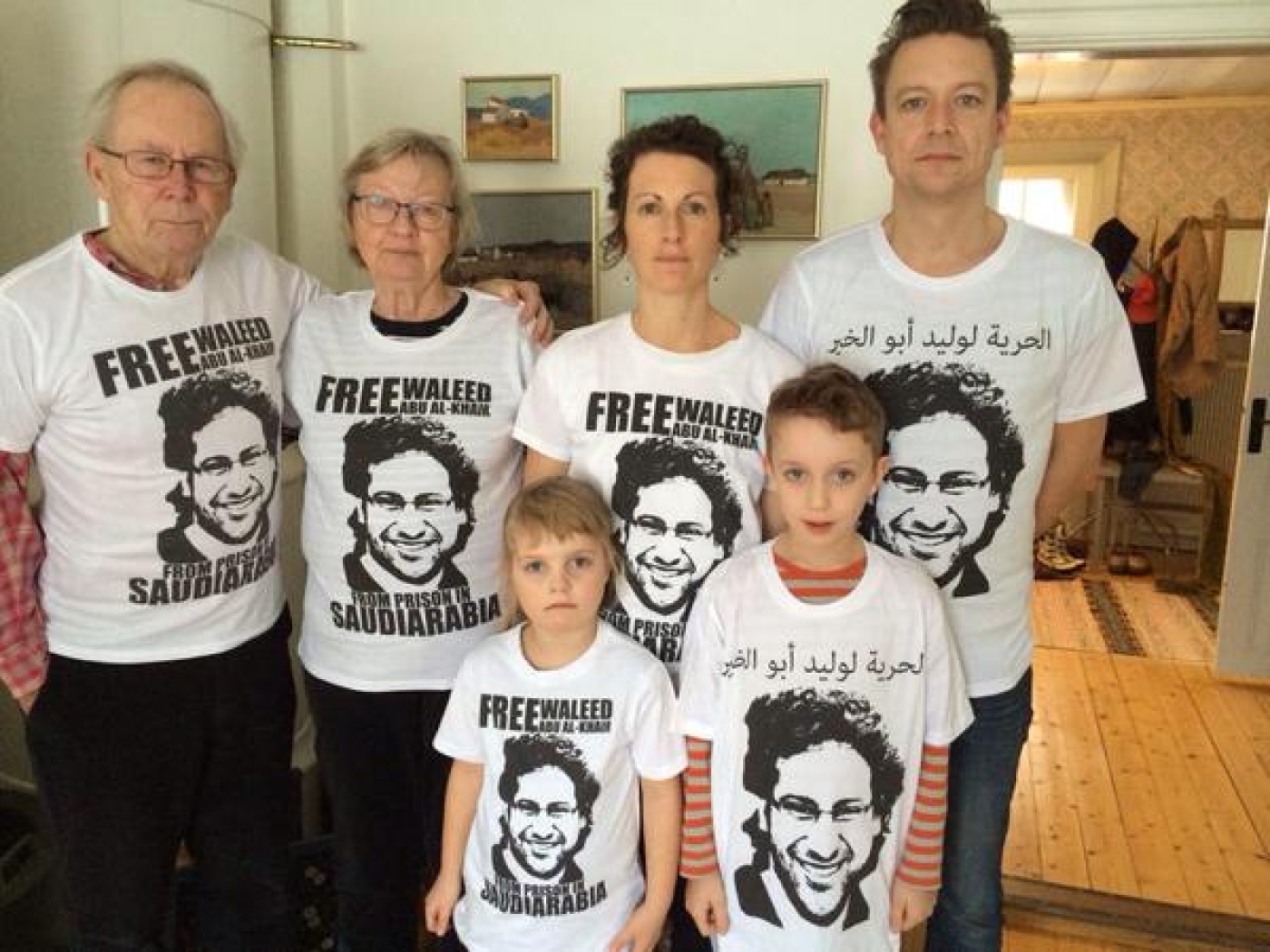 Abulkhair was convicted in July 2014, and tried under the new anti-terrorism law, where he was convicted on a series of charges including “inciting public opinion”. Activists previously confirmed to Middle East Eye that the law was intended to target activists and to silence any form of political dissent or calls for reform.

According to the Gulf Centre for Human Rights, Saudi’s Specialised Criminal Court of Appeal - which hears terrorism cases - confirmed the verdict on Sunday.

Five years of Abulkhair’s sentence were initially suspended. In January, another court ordered him to serve the full 15 years of his sentence. The following month, he was transferred from a prison in his home city of Jeddah to one in the capital Riyadh.

“It’s believed that his refusal to recognise the legitimacy of the trial court, in addition to not giving an apology to the court, were the reasons behind his recent transfer,” said the Gulf Centre for Human Rights on its website.

Abulkhair is the founding member of the Monitor of Human Rights in Saudi Arabia (MHRSA), an independent human rights organisation established in 2008. His outspokenness and activism resulted in Saudi authorities banning him from travelling outside the country since 2012.

In one of his first acts that challenged the Saudi authorities, Abulkhair along with other activists signed a reform petition in 2007 that requested the ruling government to transform from an absolute monarchy to a democratic system, where people would have the right to participate in free elections.

International human rights organisations like Amnesty have issued appeals and petitions demanding the release of Abulkhair.

“Authorities in Saudi Arabia are clearly punishing Waleed Abulkhair for his work protecting and defending human rights,” Said Boumedouha, the deputy director of the Middle East and North Africa Programme at Amnesty International said last year. “He is a prisoner of conscience and must be released immediately and unconditionally.”

Abulkhair has been on trial since 2013, where he was accused in October of that year by the Specialised Criminal Court of “breaking allegiance to and disobeying the ruler,” disrespecting the authorities,” “offending the judiciary,” “founding an unlicensed organisation,” and “inciting international organisations against the Kingdom”.

Amnesty International believes that the evidence for all of these charges were based on Abulkhair signing a petition that criticised the oppressiveness of the Saudi Arabian authorities in dealing with 16 reformists.

Abulkhair was the lawyer of a number of high profile cases that were victims of human rights violations, including his wife Samar Badawi. Samar was imprisoned for six months in 2010 under the charge of “disobedience under the Saudi Arabia male guardianship system.” She had sued her father for refusing to allow her to marry, and won her case with Abulkhair as her lawyer. The two later married.

Another well-known former client of Abulkhair is Raif Badawi, the Saudi blogger who is serving a ten year sentence in prison and 1,000 lashes for insulting Islam. Badawi received the first 50 lashes on 9 January but subsequent weekly sessions have not been carried out. His case has sparked worldwide outrage.

A Norwegian parliamentarian nominated both Raif Badawi and Waleed Abulkhair for this year’s Nobel Peace Prize.