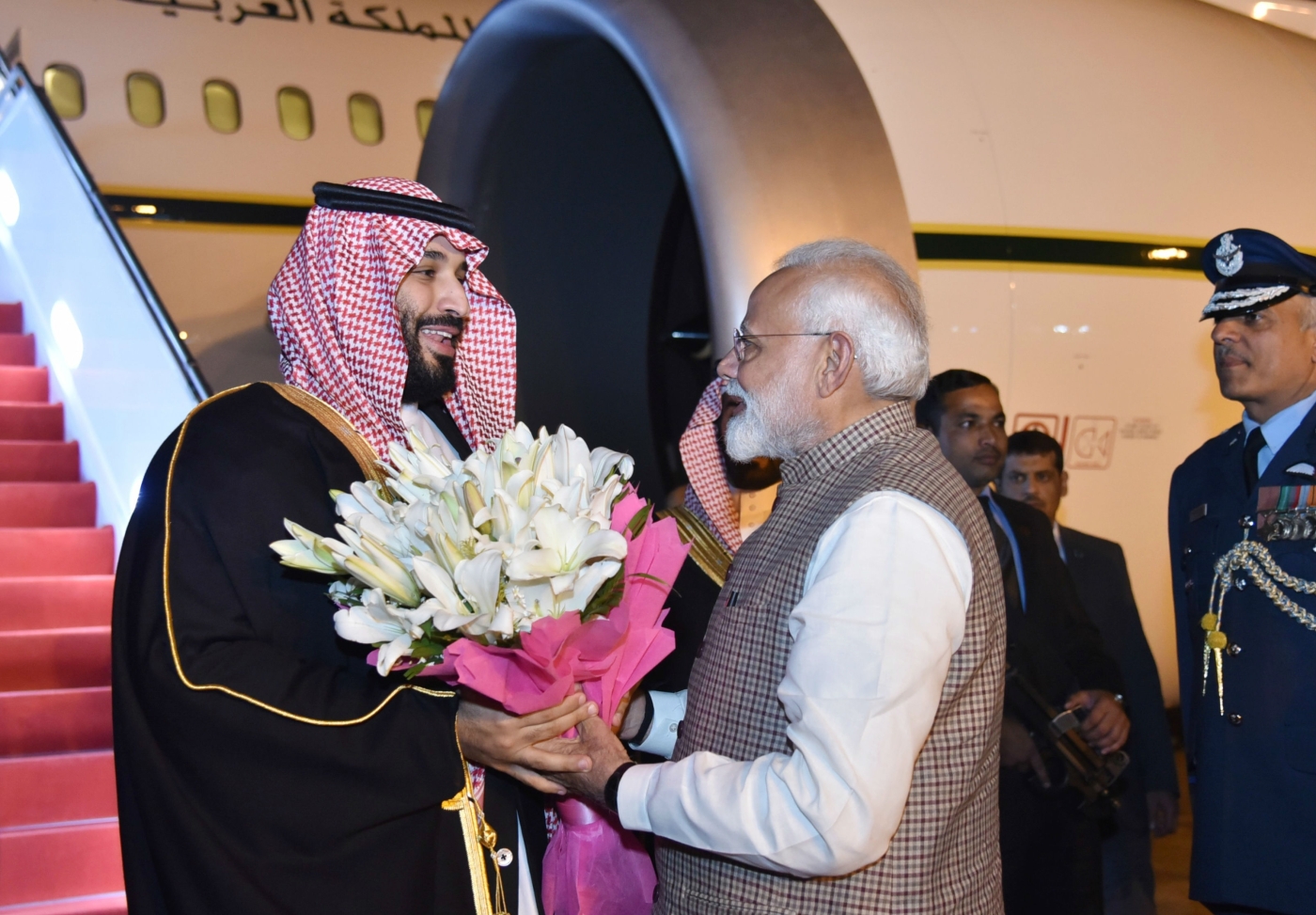 Modi, right, broke with government protocol to welcome the crown prince at New Delhi airport (AFP)
By
MEE and agencies

Saudi Arabia's Crown Prince Mohammed bin Salman on a visit to India said on Wednesday that terrorism was a common concern with New Delhi and that his country was ready to share intelligence to tackle it.

Speaking at a joint news conference with Indian Prime Minister Narendra Modi in the capital, the crown prince also said Saudi Arabia was ready for political cooperation with India. "On the issue of extremism and terrorism, which is a common concern, we want to tell India that we will cooperate in every way, including intelligence sharing," bin Salman said.

During the briefing, Modi said he had agreed with Saudi Arabia to strengthen cooperation on counter-terrorism, naval and cyber security.

The crown prince's visit comes days after an  attack in the disputed region of Kashmir which involved the bombing of a security convoy in which 40 Indian paramilitary police were killed.

The attack was claimed by a Pakistan-based armed group.

India has rolled out the red carpet for the crown prince's visit at a time when it is trying to build diplomatic support against Pakistan following the attack.

The crown prince was given a lavish welcome in Pakistan earlier this week where the two sides signed memoranda of understanding valued at about $20bn to help prop up Pakistan's economy.

But the attack threatens to overshadow the India trip as New Delhi seeks to drum up support against Pakistan.

Pakistan says it only gives diplomatic support to the Kashmiri people in their struggle for self-determination.

Earlier on Wednesday, the crown prince hailed the relationship with India, a top consumer of Saudi crude oil, after a ceremonial welcome at the imposing red sandstone presidential palace.

"Today we want to be sure that this relation is maintained and improved for the sake of both countries," he said in brief remarks before heading into talks with Indian leaders.

"With the leadership of the president and the PM, I am sure we can create good things for Saudi Arabia and India."

The prince is also expected to visit China during a tour that will be his first through the region since the murder of Jamal Khashoggi, a Washington Post and Middle East Eye columnist, at the Saudi consulate in Istanbul in October.

While the killing of Khashoggi, a critic of the crown prince, has strained Saudi Arabia's ties with the West and badly damaged the prince's image abroad, both India and Pakistan had expected a scaling up of investments during his trip.

The CIA concluded last autumn that the crown prince, also known as MBS, was behind the murder.

Modi, who broke with government protocol to welcome the crown prince at New Delhi airport on Tuesday, has vowed a strong response to the Kashmir attack.

Pakistan has said it would retaliate if attacked. 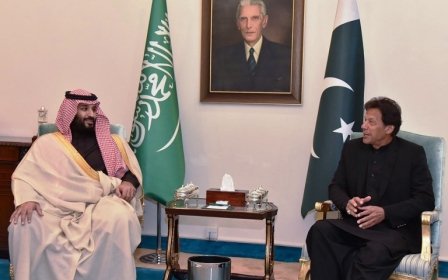