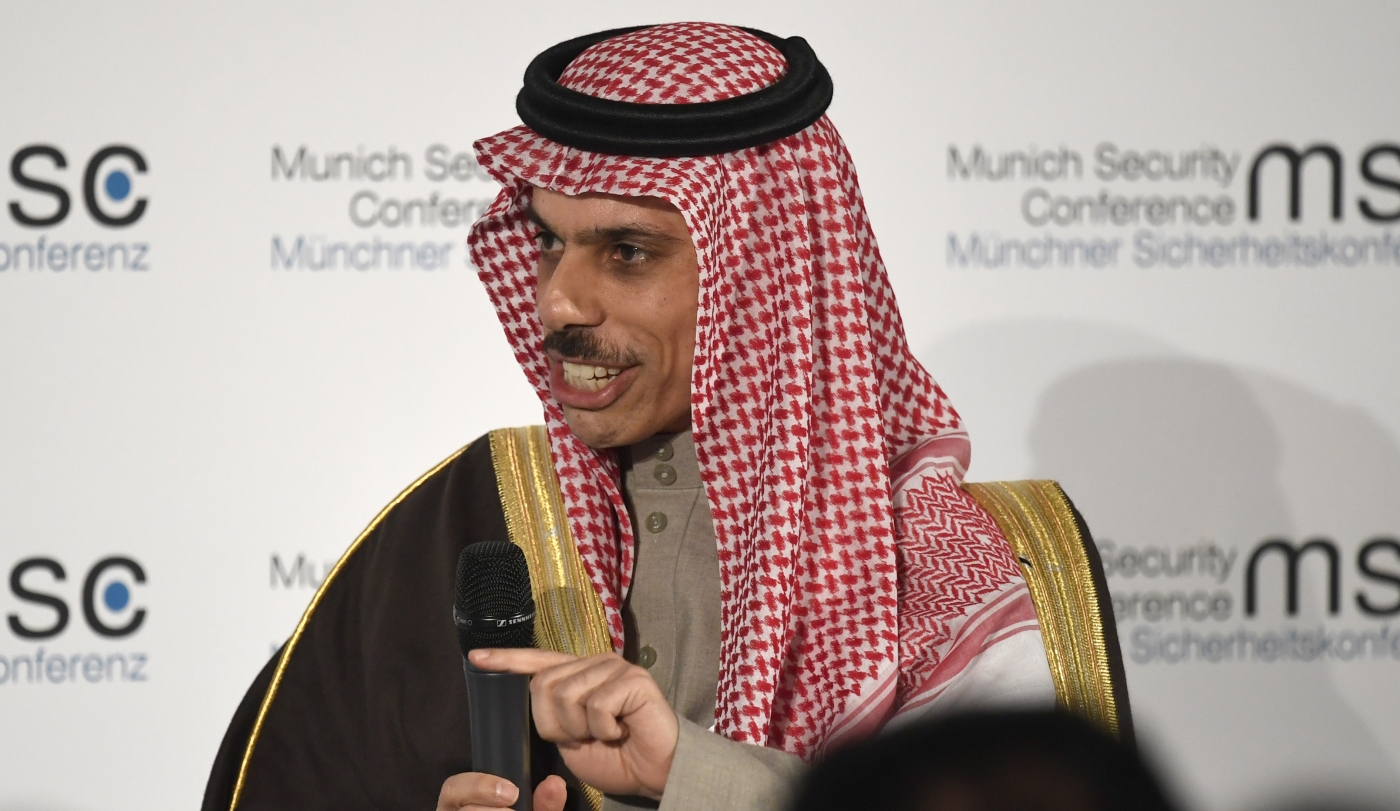 Saudi Arabia's foreign minister has said the kingdom will develop relations with Israel once a peace deal has been struck with the Palestinians.

Speaking on the sidelines of the Munich Security Conference, Faisal bin Farhan al-Saud said on Sunday, "Upgrading relations with Israel will occur only when a peace agreement is signed and is in accordance with Palestinian conditions."

The comments came shortly after Adel al-Jubeir, Saudi Arabia's state minister for foreign affairs, said there were "positive elements" in the Trump administration's plan to end the Israeli-Palestinian conflict.

Last month, when the Trump administration unveiled its controversial "deal of the century", Saudi Arabia was one of the main supporters of the plan.

Since it was unveiled, the plan has been repeatedly condemned by the Palestinian Authority, Turkey and Iran but praised by Gulf countries along with Egypt.

The heavily-maligned deal allows Israel to keep all of its settlements in the occupied West Bank and annex about a third of the territory in exchange for a dwarfed, disjointed Palestinian state with no sovereignty over its airspace, territorial waters or borders.

In recent years, Saudi Arabia and several other Gulf Arab states have increased their engagement with Israel, raising concerns that they are seeking to normalise ties and sideline the Palestinian struggle for statehood.

As Middle East Eye has previously pointed out, plans have been underway since 2018 to present Saudi Crown Prince Mohammed bin Salman (MBS) as a peacemaker in the mould of the former Egyptian leader Anwar Sadat.

A source told MEE at the time that the Saudi crown prince was "keen" to take on the role.

Last week, Israeli newspaper Israel Hayom reported that the US was attempting to convene a summit by early March that would host a historic meeting between Israeli Prime Minister Benjamin Netanyahu and MBS.