Saudi writers and activists have been arrested for expressing sympathy over the death of human rights defender Abdullah al-Hamid, according to a Saudi rights group.

Journalist Aql al-Bahili, writer Abdulaziz al-Dukhail and activist Sultan al-Ajmi were all detained in late April for tweets of condolence following the death of Hamid, the London-based ALQST for Human Rights said on Tuesday.

Hamid died in custody on 23 April, after suffering a stroke and falling into a coma.

He had been sentenced in 2013 to serve five years in prison, as well as to serve six years of a previous prison term that had been pardoned by King Abdullah in 2006.

He was accused of "spreading chaos, destabilising public order, attempting to impede development in the country and questioning the integrity of official clerics by accusing them of being tools for the royal family" over his work with the Saudi Civil and Political Rights Association, which highlights abuses in the kingdom.

The activist, who suffered from hypertension, was told by a doctor three months before his death that he needed to undergo urgent heart surgery. ALQST described Hamid’s death as being a result of “deliberate medical neglect”.

On 25 April, two days after Hamid’s death, Bahili tweeted “May Allah have mercy on Abu Bilal [Hamid] and protect him with the confines of his mercy and May his dwelling be in His spacious gardens, and condolences for the whole family of Al-Hamid, his friends and loved ones.”

🔴 BREAKING 1
We confirm that the writer Aqel al-Bahili is under arbitrary detention since the beginning of Ramadan (24 April) on the grounds of free expression and his tweet about Dr. Abdualllah al-Hamid.#عقل_الباهلي#عبدالله_الحامد pic.twitter.com/fkiRY8G3tk

The tweet was later deleted. Bahili was reportedly arrested and taken to Al Ha'ir Prison in Riyadh, without the presence of a lawyer. He has not tweeted since 25 April.

Ajmi wrote on Twitter that he had called Hamid on 7 April, two days before the activist suffered a stroke.

“We offer condolences to his family, ourselves, the homeland and humanity by losing a great thinker, revolutionary and reformer,” Ajmi said, in what remains his most recent tweet.

Translation: The last communication between us was on Tuesday 7-4, his voice began to sound tired, however he was steadfast. After two days, I got the news of a stroke. We offer our condolences to his family, ourselves, the homeland and humanity with the loss of a great thinker, revolutionary and reformer"

Dukhail wrote on 25 April: “Dr Abdullah Al-Hamid, the man who was devoted to his homeland and to values, morals and genuine citizenship, passed away to his Lord, but has not left the hearts of the faithful of the believers of the homeland, through the offering of advice without fear or glory and without personal interest. May God have mercy on you, Abu Bilal.”

Like Ajmi, Dukhail has not recorded any tweets since then. The whereabouts of Dukhail and Ajmi are unknown.

Members of the Saudi royal family were also detained earlier this year, including former heir to the throne Mohammed bin Nayef, as part of a mass purge by Crown Prince Mohammed bin Salman. 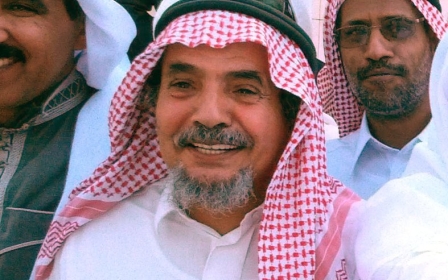 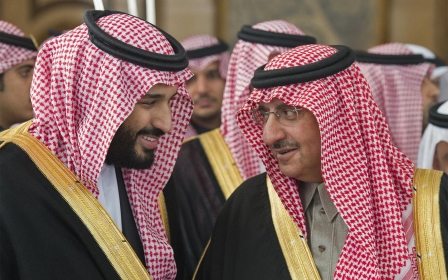