Scores wounded as protesters clash with police across southern Iraq 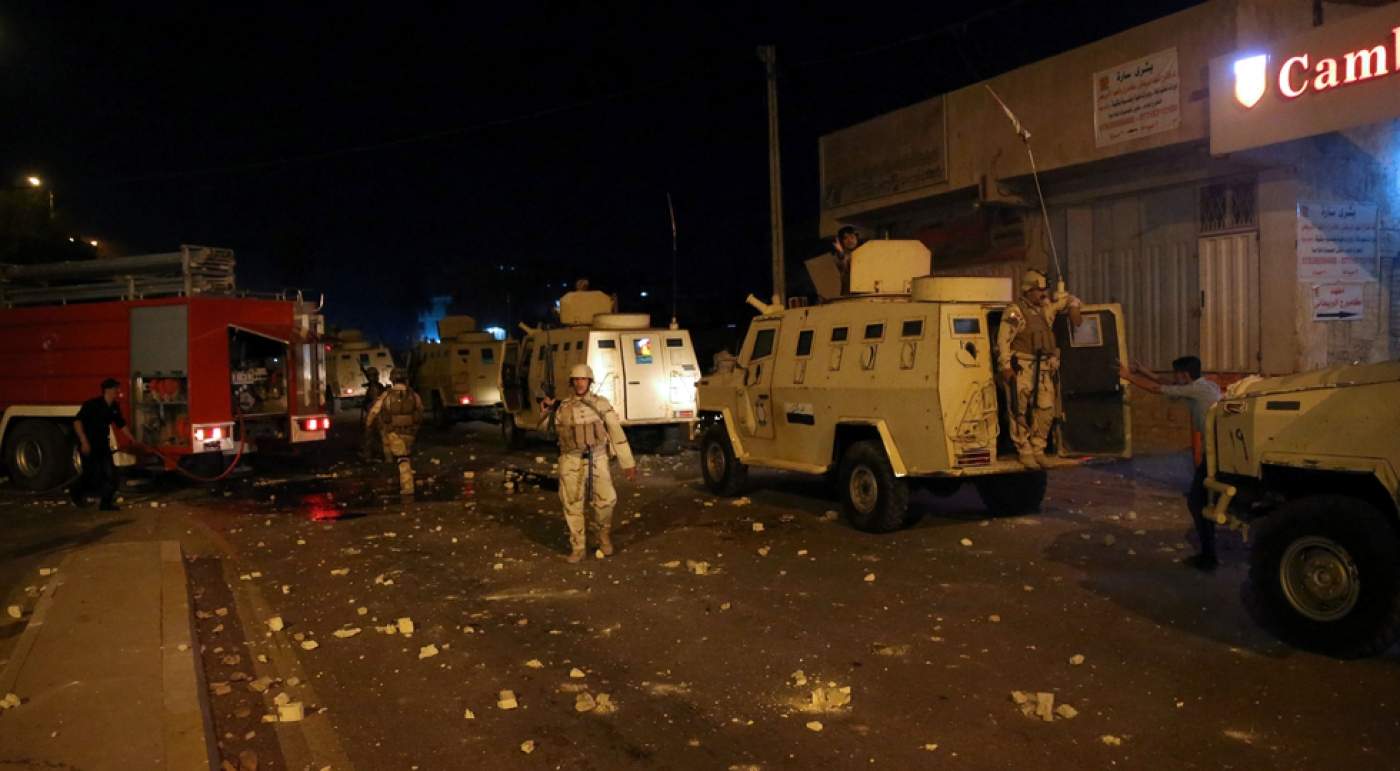 Scores of demonstrators have been wounded in southern Iraq in clashes with police as protests over high unemployment, poor public services and corruption continued into a seventh day.

In the city of Basra, demonstrators tried to storm the governor's headquarters but were dispersed by police who fired tear gas at them, an AFP reporter said.

Police fired in the air to disperse hundreds of protesters who tried to storm the government building and demonstrated near an oilfield, police said, wounding 48 people, the Reuters news agency reported.

"Some protesters tried to break into the building, but we prevented them. We ask protesters to avoid facing off with security forces," said Major General Thamir al-Hussaini, commander of the interior ministry's Rapid Response Forces.

He said a total of 28 members of the security forces were wounded in clashes with demonstrators.

Police also fired tear gas at stone-throwing demonstrators who tried to push their way into the Zubeir oilfield south of the city, the AFP reporter said.

Several people, including journalists, were overcome by the gas, the reporter said.

The clashes, including hand-to-hand combat, erupted when the demonstrators gathered outside the governor's office and pelted security forces with stones.

In Muthana province, bordering Basra, hundreds of demonstrators gathered outside the governor's headquarters and some torched parts of the building, a police source said.

Protesters in Muthana also set fire to the offices of the Iranian-backed Badr organisation in the province's largest city of Samawa.

A large contingent from Saraya al-Salam, a militia loyal to prominent Shia cleric Moqtada Sadr whose electoral list came out in front in elections in May, also deployed in the streets.

On Saturday, protesters had set alight Badr's headquarters in Basra, prompting authorities to impose an overnight curfew across the whole province.

Also in Basra on Saturday, seven protesters were injured after clashing with guards belonging to one of a local militia group, security forces said.

Demonstrators packed the streets of the holy central city of Kerbala on Saturday night and clashed with police outside the offices of the governor.

An AFP reporter in the city said police fired into the air as demonstrators threw stones at them, adding that at least 30 people were wounded in the clashes.

Dozens of protesters also demonstrated at the Safwan border crossing with Kuwait as well as at the entrance to the Majnoon oilfield, one of the largest in the country, which lies 40km north of Basra, local security sources said. However, they did not enter the facility.

Earlier, two protesters were reported on Saturday killed overnight in Amara, the capital of the Maysan province on the border with Iran, bringing to three the number of demonstrators killed since the protests erupted last Sunday in neighbouring Basra.

A small protest also took place in the northern Baghdad district of Al-Shula amid a heavy deployment of security forces.

Any potential disruptions could severely impact Iraq's limping economy, though officials said the protests had not so far impacted crude production.

Abadi promised investment worth $3bn for the province, as well as pledging additional spending on housing, schools and services.

Earlier, the prime minister, who also serves as commander-in-chief of Iraq's armed forces, had issued a nationwide order placing security forces on high alert in the southern provinces in response to the protests.

Reinforcement troops from both the Counter-Terrorism Service and the army's Ninth Division have already been dispatched to Basra to help protect the province's oilfields, security sources said.

Iraq's leading Shia cleric, Grand Ayatollah Ali al-Sistani, had expressed solidarity with protesters on Friday, saying they faced an "extreme lack of public services" such as electricity in the suffocating summer heat.

Iraqi politicians face growing unrest as they try to form a coalition government after the 12 May parliamentary election was tainted by allegations of fraud.

Abadi is heading a fragile caretaker government, in place until a new government is formed.