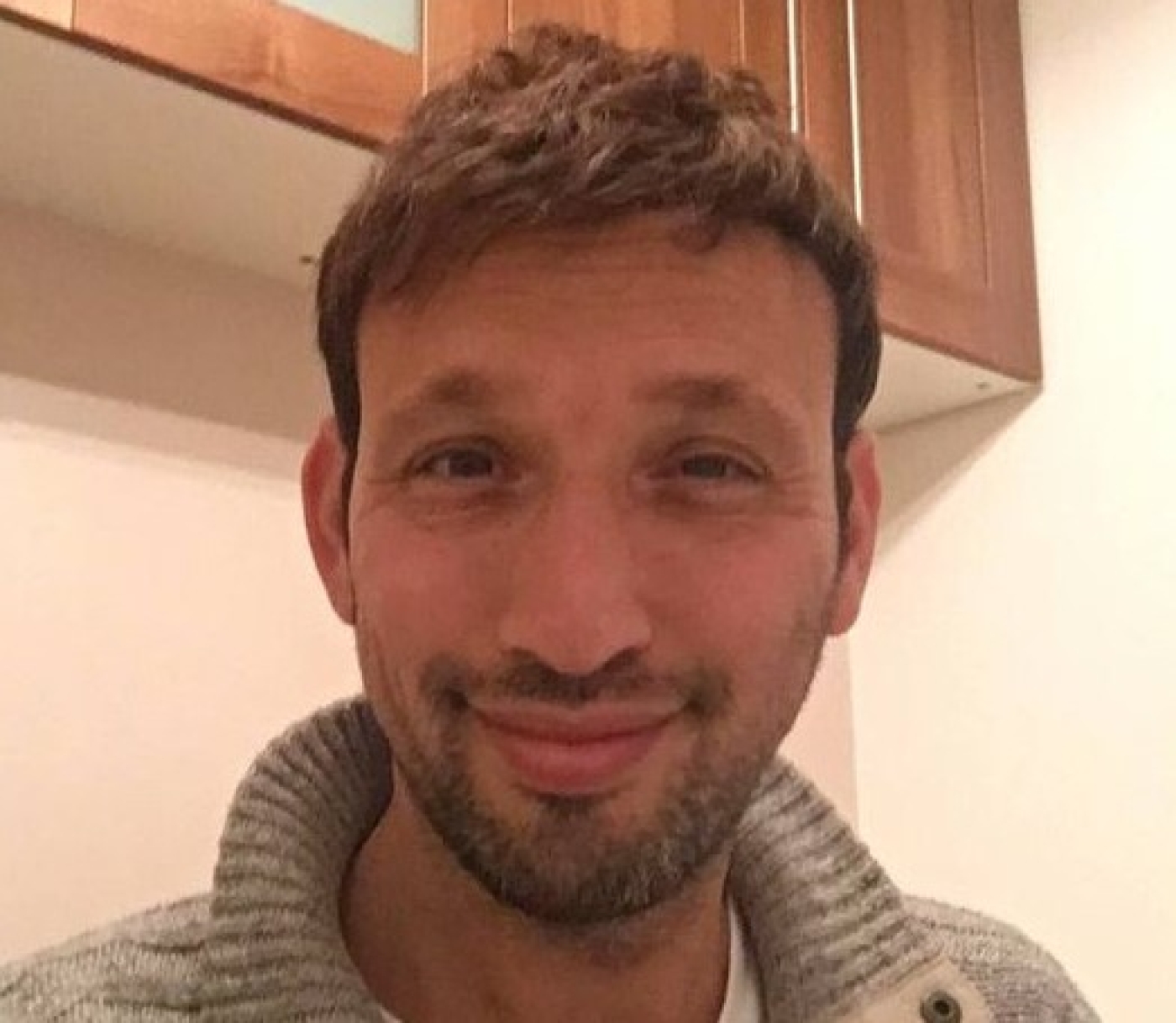 In 2018, Berlow was ordered to pay a fine of £1,750 and undergo diversity training after he called Palestine activists 'scummy racists' in an online argument (Facebook)
By
MEE staff

A pro-Israel lawyer has admitted faking a graffiti attack on his home and then blaming it on the Scottish Palestine Solidarity Campaign (SPSC).

Matthew Berlow, a criminal law specialist based in Glasgow, faces a £500 fine after a preliminary ruling from the Law Society of Scotland found that his behaviour fell below expected standards.

Berlow was aware that Ed Sutherland, a religious studies teacher and senior figure in the Confederation of Friends of Israel in Scotland, had created a fake Facebook alias under the name “Stevie Harrison” to pose as a pro-Palestinian activist.

In January, "Harrison" posted on Facebook: “A certain Jewish lawyer woke up this morning to find ‘Free Palestine’ spray painted rather ­prominently! No idea who was responsible.”

The statement included a wink emoji to suggest "Harrison" was himself responsible. 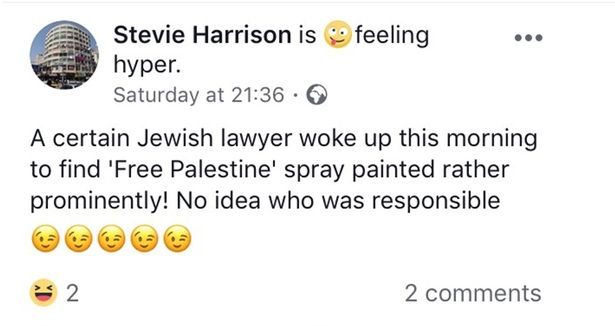 The lawyer has since admitted that the bogus attack was fake, claiming that he went along with the story because "Harrison" was being used “to monitor various ­disruptive activities of the SPSC”.

“Unfortunately I made it too real and named an organisation I shouldn’t have,” Berlow said. “It wasn’t my intention to blame the SPSC for a fictitious event.”

A petition has been shared on social media calling on Berlow to be disbarred.

Law Society Of Scotland: Matthew Berlow Lawyer Should Be Disbarred - Sign the Petition! https://t.co/eh3KBfeFos via @UKChange

In a post on the SPSC website, organiser Mick Napier said the scandal was part of a wider campaign, describing Sutherland and Berlow as “foot soldiers in a legion of deception and dirty tricks”.

Scotland's Daily Record newspaper quoted Napier as saying: “We welcome the finding against Berlow but the gravity of the offense clearly merits more than a £500 rap on the knuckles.

“I believe those who have been defamed, including myself, should be awarded exemplary damages. We have been smeared as antisemitic and that is serious and quite unacceptable.

“The LSS decided no damage had been done to myself or the SPSC, but I would urge it to ­reconsider this because the damage to our reputation, in accusing us of such criminal acts, is impossible to deny.”

In 2018, Berlow was ordered to pay a fine of £1,750 and undergo diversity training after he called Palestine activists “scummy racists” in an online argument.

In response to a Facebook event organised by the SPSC to protest against the sale of Dead Sea products in an Aberdeen shopping centre, Berlow commented: “You simply found a soft Jewish target to aim your bile at,” accusing the group of consisting of “scummy racists, bullies and cowards”.

At the time, Dr Karolin Hijazi, a lecturer at the University of Aberdeen and supporter of the SPSC, brought a complaint against the lawyer for using abusive language.

The Law Society initially ordered Berlow to pay the fine and undergo training for damaging his own and the legal profession's reputation.

However, the decision was later overturned on appeal.