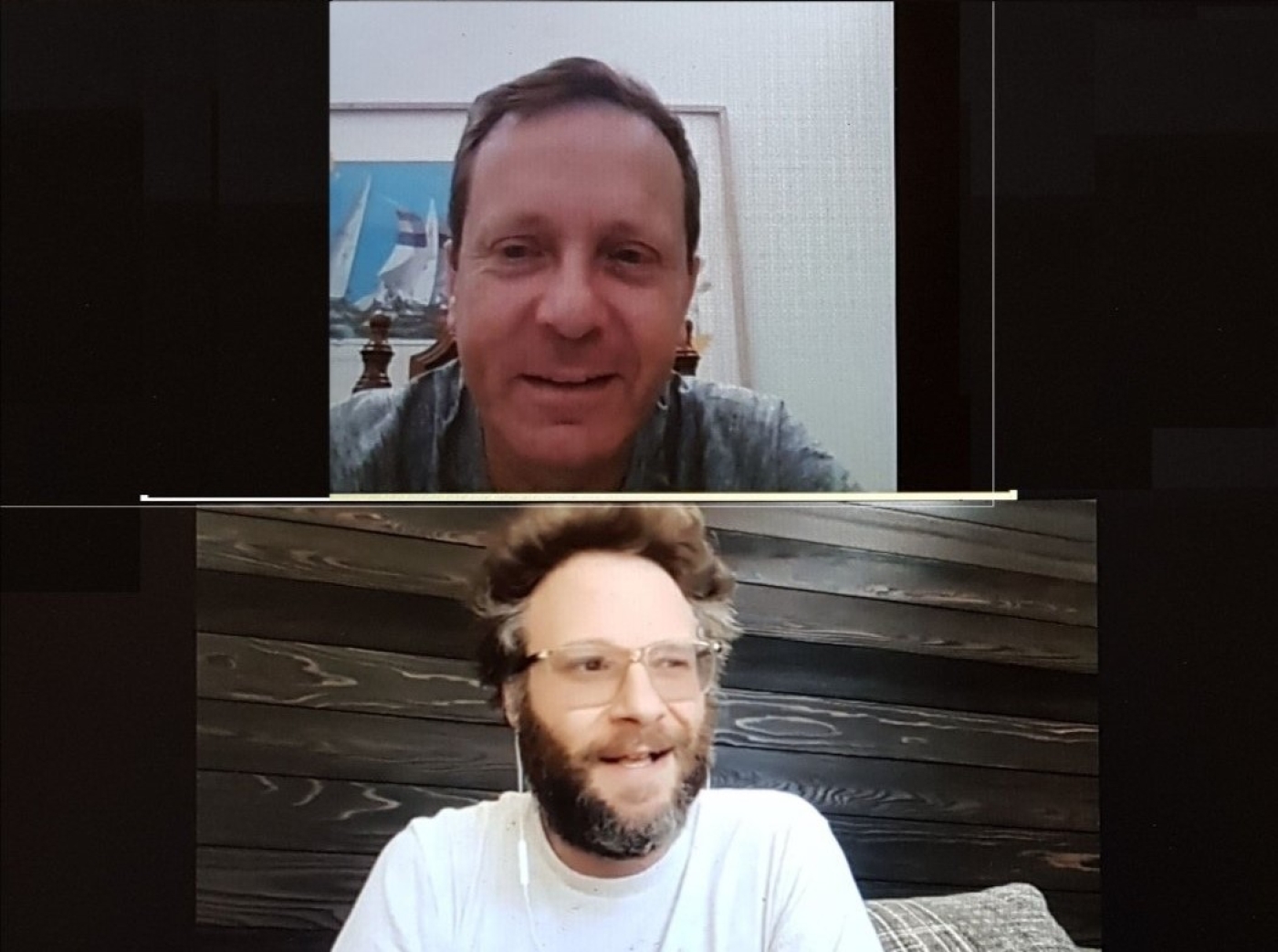 Seth Rogen has said that his mother made him call Jewish Agency chairman Isaac Herzog, after the actor had caused a stir by claiming he was “fed lies” about the creation of Israel.

In an interview on the popular WTF with Marc Maron podcast last week, the celebrated slacker comedy director and actor said: “As a Jewish person, I was fed a huge amount of lies about Israel my entire life, you know. They never tell you that, oh by the way, there were people there. They make it seem like it was just sitting there, like the fucking door’s open!”

Herzog, a former Israeli Knesset member and government minister, has since held a Zoom call with Rogen to discuss the actor’s remarks. The Jewish Agency for Israel is the world's largest organisation promoting Jewish immigration to Israel and has been operating since 1929.

Had candid convo w @Sethrogen. He made clear his recent comment on Israel was said in jest & doesn't reflect his clear belief in Israel's right to exist. I invited him to visit Israels’ vibrant democracy. Criticism is legit but delegitimization isn'thttps://t.co/pXYwQUNHH5

“Over the weekend I was glad to hold a frank and open conversation with actor and comedian Seth Rogen about his comments in a podcast with Marc Maron, which were interpreted as challenging Israel's legitimacy,” Herzog wrote in a Facebook statement on Sunday.

“One can definitely argue about policies and positions, as I did in my political career, but for me, the red line is the imposition of doubt on the right of existence of the Jewish State and the encouragement of its delegitimisation,” he said.

Rogen had made the comments while promoting his latest film An American Pickle, in which he plays a 1920s Jewish immigrant to the United States who falls into a pickle vat and wakes up 100 years later in modern-day Brooklyn.

When asked by Maron whether he would move to Israel, Rogen had replied that he would not and that he disagreed with Jews moving there for religious reasons.

“If it is truly for the preservation of Jewish people, it makes no sense, because again, you don’t keep something you’re trying to preserve all in one place, especially when that place has proven to be pretty volatile,” Rogen said.

Herzog claimed that the Canadian actor clarified and apologised for his comments.

“Rogen… explained his words were meant as a joke, taken from a critical, humorous exchange with a fellow Jewish comedian,” Herzog said. “He was misunderstood and apologised for that and I accepted his explanation.”

However, when challenged about the apology by journalist Mairav Zonszein, the 38-year-old actor distanced himself from Herzog’s version of events.

“I hope you read what I actually said about all this and not these second-hand telling,” Rogen said, as seen in screenshots of direct messages to Zonszein.

He went on to say that his mother had made him call Herzog.

After his parents had reportedly received a letter from the Jewish Agency, Rogen decided to speak to Herzog, but insisted that the conversation not been recorded, according to the Times of Israel.

Rogen’s comments last week were met with mixed opinions. Many on social media pointed out that he was among a host of celebrities, including Arnold Schwarzenegger and Sylvester Stallone, who had signed a statement publicly supporting Israel during the 2014 war in Gaza.

Some 2,251 Palestinians, including 1,462 civilians, were killed during the war, while 67 soldiers and six civilians were killed on the Israeli side.

The International Criminal Court announced last year that it would investigate Israel for alleged war crimes during the 51-day war.