Shot dead by a sniper: Yemeni child meets same fate as his father

Four-year-old Hashem al-Aizari died while playing outside his home in Taiz, in the same place his father was killed in 2016 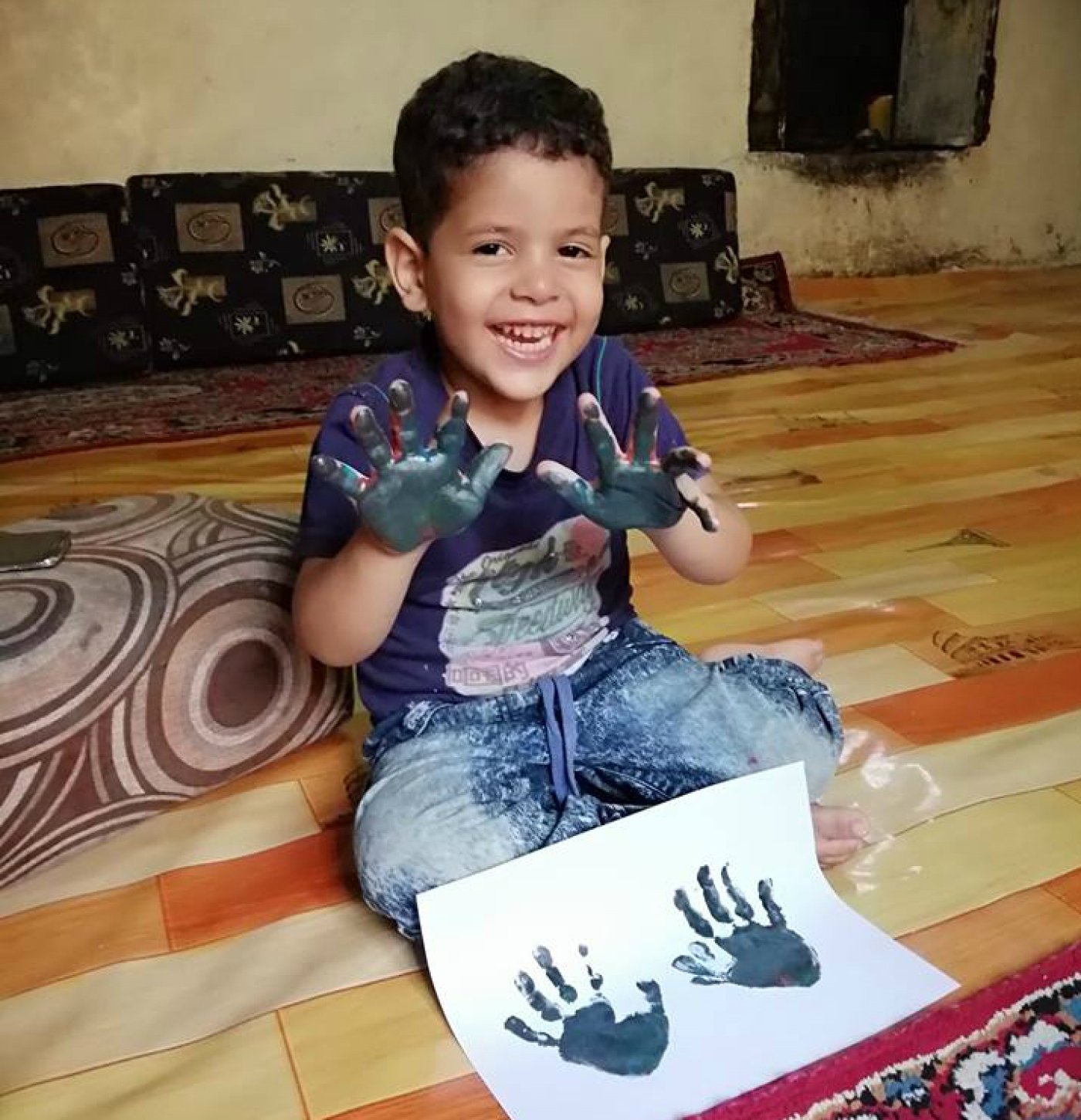 Four-year-old Hashem al-Aizari and his four siblings knew it was not safe outside their house.

In 2016, Houthi snipers shot and killed their father, Abdulqawi al-Aizari, a couple of minutes' walk down the street in central Yemen's Taiz city.

Since then the children have been careful not to stray from their home while playing, and run inside whenever the sounds of battle approach.

Those noises have become increasingly common in recent weeks, as the Islahis and Salafis, two groups loyal to President Abd Rabbuh Mansour Hadi's government, clash in the Wadi Al-Madam area of the city where the children live.

On 25 April, during a lull in the fighting raging a few hundred metres from his home, Hashem was in front of his house when a sniper's bullet took his life.

His mother immediately fainted, not regaining consciousness until the next day, while his siblings were in a state of shock, one of them even now unable to stop wailing.

Despite the dangers, some neighbours risked their lives and took Hashem to the city's Al-Rawdha Private Hospital, but the boy had already died.

Hashem died the day before an agreement between the warring Islahis and Salafis, with some of the latter group agreeing to leave Taiz.

'It is not easy for children to accept such a fact'

Walid Abdul Hamid, a neighbour of Hashem's family, told Middle East Eye: "The battles are threatening all residents in the Old City and surrounding areas, including Wadi Al-Madam, and we cannot leave our houses freely nowadays.

"Hashem is an orphan child, and he left the house when the battles calmed down. He did not know that snipers do not differentiate between fighters and children."

The snipers target civilians in several areas of Taiz and Hashem's father Abdulqawi was killed in the same way and in the same neighbourhood in October 2016.

Abdul Hamid said: "A sniper killed Hashem's father in 2016 when he was in front of his house and his children have still not forgotten the moments of losing their father.

"Hashem's siblings are suffering from psychological trauma as it is not easy for children to accept such a fact.

"Those children have already lost their father and now they are losing a brother in the same way, so they are in dire need of help."

Abdul Hamid said that Hashem's mother is still suffering from fainting attacks and cannot believe that now her son is a victim of the fighting in the city.

Hashem's siblings no longer feel safe living in the same house, especially with their mother still in hospital, so one of their neighbours has taken them to live in his house until their mother recovers.

In 2015, a Saudi-led coalition intervened in Yemen's civil war, which is being fought between Houthi rebels and Hadi's government.

Tens of thousands of people have been killed or injured since then, among them at least 17,700 civilians, according to the UN.

Hashem was just one victim among dozens of civilians who were killed and injured at the end of last month in Taiz, with many houses also destroyed by the battles in the Old City and surrounding areas.

Public and private institutions, as well as shops are closed in the conflict area, with the streets almost empty and those able to flee the area having done so.

The recent shelling targeted dozens of houses and institutions, including the Republican Hospital, the main hospital in Taiz, and the Al-Mudhafer Hospital, which was completely closed.

Fleeing from area to area

Fighting in March between the Abu al-Abbas Brigades, one of the UAE-backed Salafi forces, and the Islah fighters was the bloodiest Taiz has endured in recent months. Essam al-Masah, a resident of the Old City, fled his house in Al-Qasr roundabout in 2015 after the area turned into a conflict zone between the Houthis and pro-Hadi forces.

Now he has been forced to flee the Old City to yet another new neighbourhood.

"There is no difference between the battles against the Houthis, or among pro-Hadi groups; all of them kill civilians and destroy houses," Masah told MEE.

"Moreover, they force civilians to leave their houses to seek new shelter. We had no choice but to leave our houses in the Old City.

"The whole city is not safe, but I fled the battles in Al-Thawrah neighbourhood in the hope no battles would break out in this area."

'Exodus from the city'

The warring parties in the Old City and surrounding areas reached an agreement on 26 April.

Dozens of Salafi families were forced to leave the city to head for Al-Kadah, 40km from Taiz, and other rural areas to the south of the city.

The Salafis left the city with their personal weapons and cars, the second time that batches of the group have left the city, following the first time in August 2018. "The Old City is the stronghold of Salafis and even if the battles calm down for some days they will break out again anytime," Masah said. "The Old City is not safe for residents to live in."

A member of the Salafis who fled the Old City towards Al-Kadah told MEE: "We accepted to leave the city together with our families to stop the bloodshed of civilians.

"We are still looking for proper shelter for our families which we hope we can find soon. Our exodus from the city is solid evidence that we need peace for the city."

The families of Salafis live inside the houses of relatives or friends in several villages and there is no specific camp for those displaced from the city.

Speaking to MEE, Osamah Badr, a social activist in Taiz, said: "The families of the Salafis did not commit any sin to deserve expulsion from Taiz city, and their expulsion has created humanitarian suffering for women and children."

As the Muslim world prepares to celebrate Ramadan, Badr believes this month is a chance for the warring parties to reconcile and stop killing civilians.

"I hope that the warring parties take advantage of the Holy Month and give civilians a chance to enjoy this month," he said.

"If they do not stop killing in Ramadan that means they will not stop after it."

"Hashem's father was killed by a sniper while the battles were between the Houthis and pro-Hadi forces, and now Hashem has been shot while the fighting goes on within the pro-Hadi forces. The killers are different, but the victims are always civilians," he said. 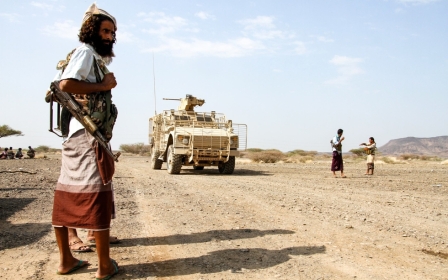