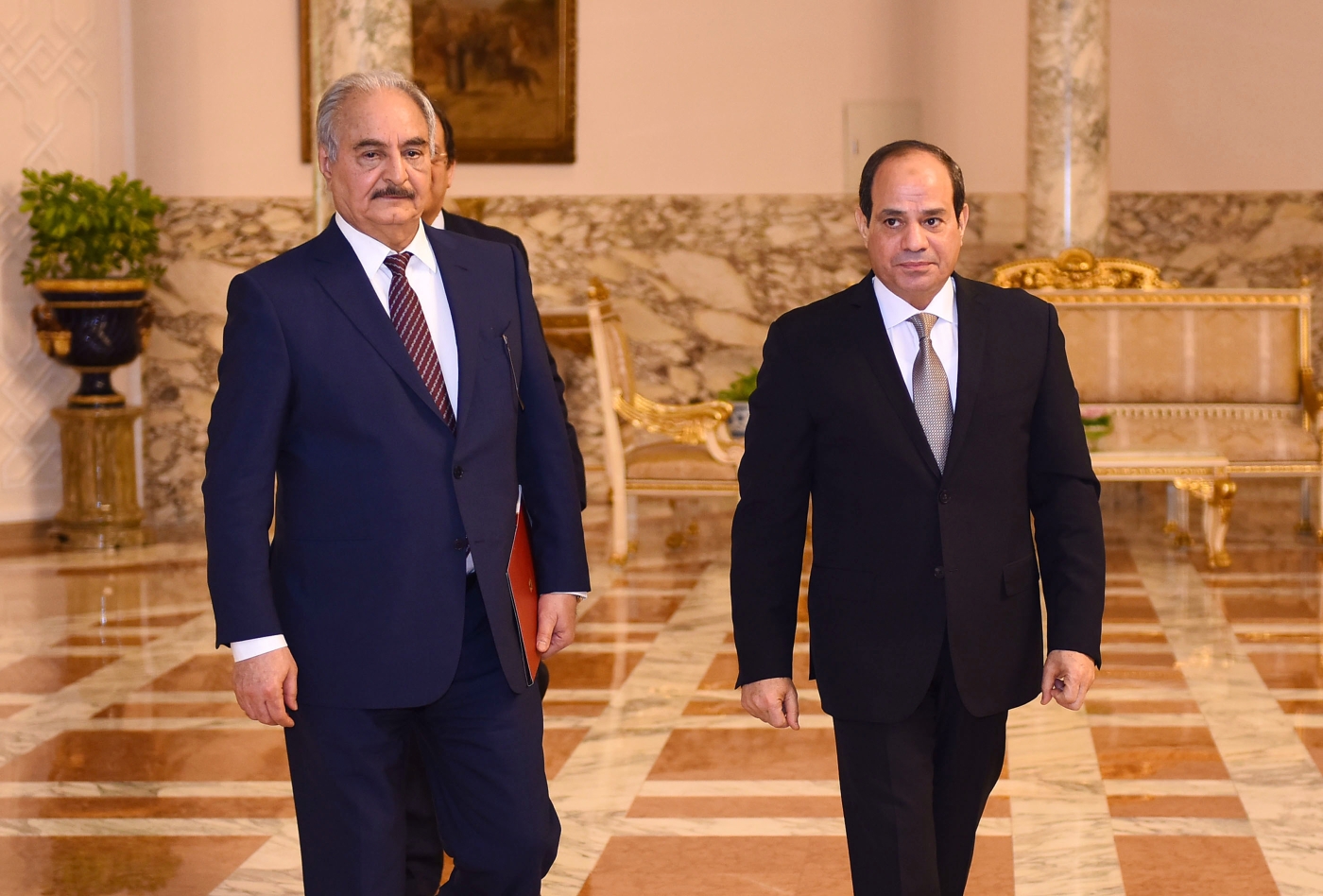 Egypt may be “reconsidering” its support for Libya's powerful commander Khalifa Haftar, an Algerian source familiar with the conflict in Libya has told Middle East Eye (MEE).

The information was corroborated by an Egyptian diplomatic source, who, short of confirming the turnaround, acknowledged that “communication [between Cairo and the Libyan commander] has considerably deteriorated”.

The Algerian source also reported that the Egyptian government has decided to “transfer the Haftar case to military intelligence”, and that President Abdel Fattah al-Sisi had “cancelled a recently scheduled meeting” with the Libyan field marshal.

The breakdown might have prompted Haftar, who is backed by the United Arab Emirates (UAE) and Saudi Arabia, to seek support elsewhere, including in Russia and Greece.

On 17 January, Haftar met with officials in Greece who “encouraged him to sign a ceasefire” at the recent Berlin conference on the Libyan conflict.

Greek Prime Minister Kyriakos Mitsotakis “stressed the need for a political solution” and “urged Haftar to take a constructive stance” in Berlin. Greece was not invited to attend the conference.

That same day, a letter from the commander to his “dear friend”, Russian President Vladimir Putin, in which he expresses his gratitude for “Russia’s efforts towards peace and stability in Libya”, was released.

Earlier that week, on 14 January, Al Araby Al Jadeed newspaper reported that Putin was “very short” with Sisi in a phone conversation a few days earlier, in which they discussed the conflict in Libya.

“By the end of the conversation, Sisi found himself being demanded to respond positively to Russia’s pressure for a ceasefire [in Libya], according to an agreement that was drawn up without Egypt, with Cairo having only been informed of the details, without participating in the drafting process,” an Egyptian source told the London-based newspaper.

However, these recent events are part of a bigger picture as to why the leader of the self-styled Libyan National Army (LNA) has lost the backing of Cairo, the Egyptian diplomatic source said.

“Senior Egyptian authorities are extremely unhappy with the Tripoli offensive, which they consider a military failure,” the source said.

Haftar’s forces launched an offensive to capture the Libyan capital in April 2019. According to the United Nations report, some 280 civilians and over 2,000 fighters have since been killed, with 146,000 Libyans forced to flee the fighting.

A generally observed ceasefire has been in effect since Sunday. However, Haftar left Moscow last week without signing the ceasefire agreement drawn up at the talks mediated by Russia and Turkey.

Meanwhile, his rival Fayez al-Sarraj, the head of Libya’s internationally recognised Government of National Accord (GNA), has signed the deal. Why is Turkey sending forces to Libya? The answer is gas
Read More »

“Haftar’s nine-month campaign to seize the capital has failed, despite the steadfast backing of allies - including Washington - and months of political unrest in [neighbouring] Algeria,” the source said, referring to the political vacuum that followed the resignation of longstanding Algerian president Abdelaziz Bouteflika.

“For nine months, Haftar tried to seize the capital without success, despite the regular backing of allies - including Washington - and he could have taken advantage of the political months-long political vacuum in [neighbouring] Algeria to gain the upper hand,” the source said, referring to the crisis following the resignation of long-time president Abdelaziz Bouteflika.

Had the LNA secured military victories or even made inroads, it would have been much more difficult for Turkey to intervene in Libya, the source said.

“Instead, the conflict is on the verge of dragging Egypt and Turkey into a regional conflict.”

“The failed military offensive has led to greater military instability and made it impossible, given the current balance of power, [for Haftar] to seize control of Tripoli,” the source said.

For Cairo, the sentence is irrevocable: Haftar must assume responsibility for the deteriorating situation in Libya and the threat of regional war, and so he “has to go”.

According to the source, Egyptian authorities are looking to replace him with another LNA commander.

The article is a translation of a story that was originally published by Middle East Eye's French website. 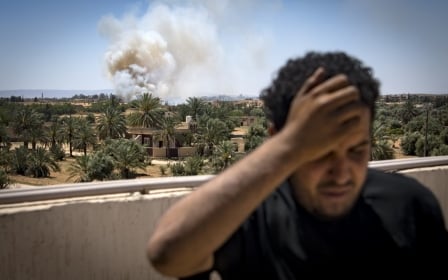