Slain Palestinian teen's mother: ‘They took all our happiness with one bullet’

Malik Shahin, 19, is the second young man from Dheisha refugee camp to be shot dead by Israeli forces in past two months 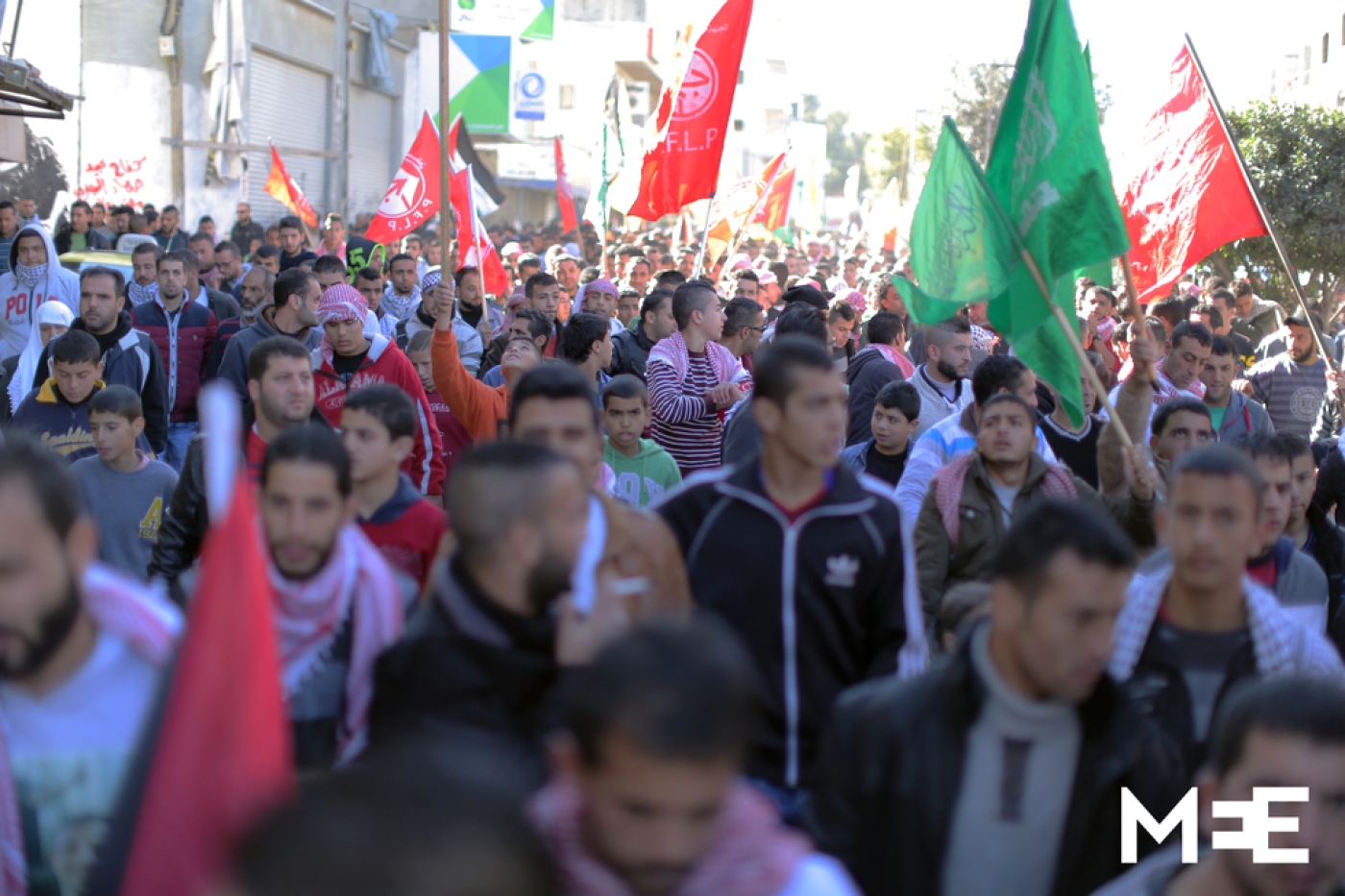 BETHLEHEM, Occupied West Bank - For the second time in a little over two months, young men from Dheisha refugee camp gathered to carry their dead friend to the local cemetery.

When he was alive, the young men – dressed in red to signify their support of the revolutionary socialist group, the Popular Front for the Liberation of Palestine (PFLP) – would have called 19-year-old Malik Shahin their comrade. On Tuesday, they called him their martyr.

Locals said Shahin was killed when Israeli forces entered Dheisha refugee camp during the early hours of Tuesday morning on an arrest raid. The overcrowded camp was calm at first, with residents sleeping near heaters, piled under thick blankets during one of the coldest nights of the year.

The camp awoke abruptly, disrupting the quiet of the night, they said, as one-by-one residents became alerted to the soldiers’ presence. In minutes, chaos ensued as more than 400 young men left their homes and took to the rooftops, throwing rocks and sporadic Molotov cocktails at Israeli forces.

“Malik was on the roof throwing stones like the rest of the young guys, ready to stop the soldiers from arresting our neighbours,” Damsaa said, recalling the moment his friend was killed before his eyes just hours before.

“The soldiers threw a sound grenade up on the roof he was on and I saw him jump. He wasn’t expecting it and when he turned his head they shot him.”

Shahin was shot in the head, his skull cracked open. He died almost immediately, Damsaa said, describing the scene in gory detail.

Less than two months earlier, another young PFLP supporter from the camp, Mutaz Zawahra, was shot dead by Israeli forces during protests up the street from Dheisha.

Unlike Zawahra, who was the middle child of five boys, Shahin was his family’s only son.

His mother, who people refer to simply as Um Malik - the mother of Malik in Arabic - said she could not imagine what life will be like without her son.

“The killed my dream,” Um Malik said through tears. “I would not wish this feeling on anyone, they took the smile from my home. They took all our happiness with one bullet.”

After his death, the PFLP movement, designated a terrorist organisation by Israel and the US, issued a statement claiming Israeli forces entered the camp specifically to detain PFLP supporters.

The group condemned the raid and the killing, and insisted that violence against their supporters would not deter clashes.

While Shahin and most of his friends are respected as supporters of the PFLP, Damsaa said Shahin was not overly political.

“He was more into school and stuff. He was a smart guy. He was always studying for university,” Damsaa explained. “He wasn’t one of these guys at the front of the protests, but he was definitely a supporter of PFLP.”

Thousands attended the funeral at the camp on Tuesday following midday prayers at the local mosque, and stores in the city closed for the day out of respect for their fallen neighbour.

After Shahin was laid to rest, young men turned from their grief, allowing rage to take hold as they raced to the Israeli separation wall at the end of the main street in the city.

Clashes broke out immediately, with protesters burning tyres and launching stones at the separation wall standing between the young men and an Israeli military base on the other side.

Most Palestinian TV news stations broadcast live from the clashes, where Israeli forces shot large amounts of tear gas. During clashes, two protesters were shot and injured with live fire, while dozens of others suffered from severe tear gas inhalation.

Since 1 October, almost daily attacks and clashes between Palestinians and Israeli soldiers have killed 112 Palestinians, 17 Israelis, an American and an Eritrean.

Many of the Palestinians killed have been alleged attackers, while others have been shot dead by Israeli security forces during clashes and raids.