Around 260 members of the outlawed Kurdistan Workers Party (PKK) have been killed and hundreds more wounded in Ankara's week-long campaign of airstrikes against targets of the group inside Turkey and in northern Iraq, the official Anatolia news agency said on Saturday.

Without citing its sources, Anatolia said that among those wounded was Nurettin Demirtas, the brother of the leader of pro-Kurdish Peoples' Democratic Party (HDP), Selahattin Demirtas.

Ankara has launched a two-pronged "anti-terror" offensive against Islamic State (IS) militants in Syria and Kurdistan Workers Party (PKK) militants after a wave of attacks inside the country. But so far the bombardments have focused far more on the Kurdish rebels.

In the latest airstrikes on Friday, 28 Turkish F-16s destroyed 65 targets of the PKK including shelters and arms depots, it said.

The heaviest airstrikes were on Thursday, when 80 Turkish aircraft hit 100 targets of the PKK, Anatolia said.

The Turkish government has so far refused to officially disclose casualty figures, with one official telling AFP that "this is not a soccer game".

But the sheer numbers of planes involved in the daily strikes on the PKK targets in northern Iraq has given an idea of the scale of the operation and raised concern in some Western capitals.

German Foreign Minister Frank-Walter Steinmeier on Friday urged Turkey not to "tear down the bridges" that had been built over the last years with its Kurdish minority.

The PKK's insurgency for greater rights and powers for Turkey's Kurdish minority, begun more than 30 years ago, has left tens of thousands dead. The current violence has shattered a ceasefire declared in 2013.

Selahattin Demirtas openly acknowledges that his elder brother Nurettin went to the Kandil Mountain in northern Iraq where the PKK's military headquarters are based.

"I don't even know if he's dead or alive," Selahattin Demirtas told AFP in an interview earlier this week. 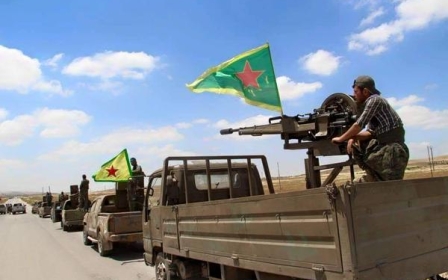