Something is missing in the Israeli election: Women 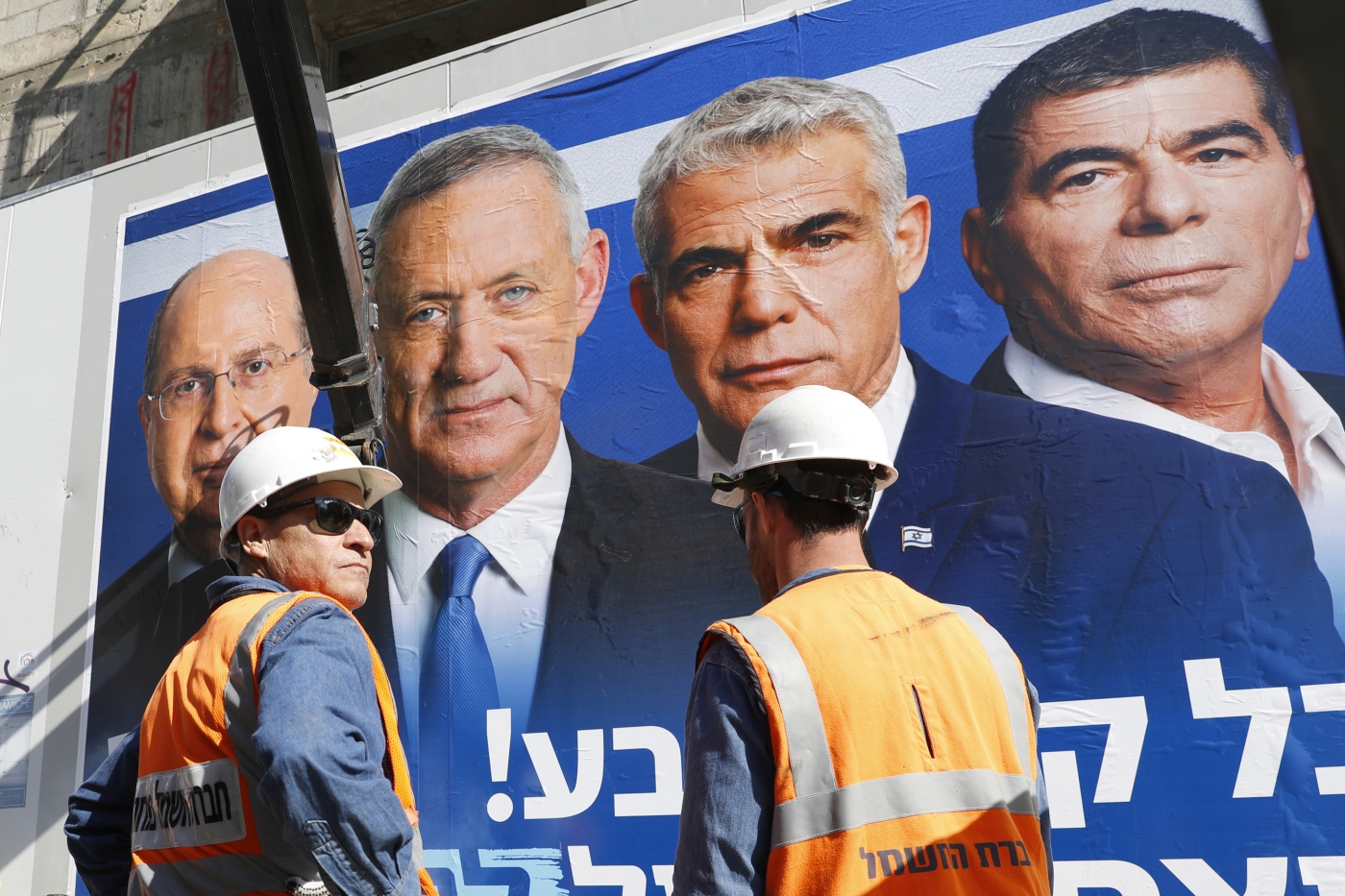 Politicians’ faces are everywhere. On billboards, on fliers, on television.

This Israeli election season, however, something is missing: women.

Looking at 2019’s campaigns, it would be easy to conclude that the ruling Likud party and its challenger Blue and White are male-only political movements. 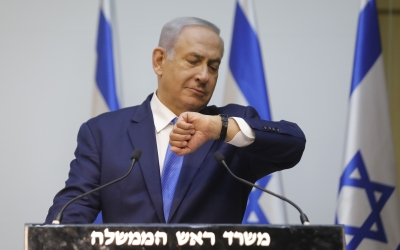 Advertisements and banners from Beersheba to Haifa show Prime Minister Benjamin Netanyahu and his rival Benny Gantz flanked by men in suits, gazing purposefully out at the voters.

Gantz’s centre-right Blue and White has Orna Barbivai, the most decorated woman in the Israeli military’s history, in its ranks.

Yet in the days leading up to Tuesday’s election, they’re barely seen. And according to Regev herself, it’s due to popular demand.

In a television interview last month, the culture minister explained her absence from the Likud campaign’s imagery, describing it as an attempt to woo centre-right voters.

According to her party’s surveys, Israeli voters are drawn to Ashkenazi men of European descent, leaving no room for Regev, a Sephardic woman with roots in Morocco.

“I am not in the imagery because the prime minister possibly thought that imagery is best used for bringing new communities to Likud, and I can respect his decision even if I do not agree with it,” she said.

“I think that this imagery is a mistake. I was not furious, but yes I was angry. I think this is unnecessary.”

As for Blue and White, a fusion of right-wing and centre-right parties boasting military and security credentials, the much-lauded Barbivai languishes in 10th place in its list of candidates and is also conspicuous by her absence in the campaign.

“A mistake,” one of the party’s campaigners told Middle East Eye.

For many, the lack of women’s prominence in the electoral campaigns comes as a surprise.

Just a few months ago, Israeli women took to the streets in a series of protests against male violence that appeared to show a growing determination to stop being marginalised.

However, out of the more than 120 candidates in parties with a realistic chance of gaining seats in Israel’s parliament, the Knesset, around 30 are women.

Many women candidates are so far down their parties’ lists, they face little or no chance of taking a seat.

An analysis of polls published in February predicted that 29 women would gain seats, compared to the current 36. There are 120 seats in the Knesset.

“People didn’t do this out of nowhere, they did surveys and they decided accordingly,” Moran Ajami, who has worked as a campaigner and political advisor for several parties, told Middle East Eye.

“Blue and White talked about how they wanted to highlight the generals and then they put forward [former television host] Yair Lapid and not Orna Barbivai, who is an IDF champion with a very strong military record.

“They tried to show a party of four strong and determined men.”

'Once there is admiration for militarism, there is a clear male motive'

Yifat Bitton, a candidate running for the Knesset with the Gesher party, says Israel’s militaristic society makes it difficult for women to enter politics in the first place.

Women are also excluded from religious parties, such as the ultra-Orthodox Shas and far-right Union of Right-Wing Parties, she pointed out.

“In the religious context, you have some advertisers who will only advertise election propaganda when women are omitted from it,” she said.

Much to the chagrin of religious conservatives, Israel’s Supreme Court in January ordered ultra-Orthodox parties to change their regulations to allow women’s participation.

That hasn’t stopped figures like Shas leader Aryeh Deri from saying in recent weeks that women have no place in politics or from running without any female candidates.

Esty Shushan, founder and CEO of Nivcharot, an ultra-Orthodox feminist movement, said women from the community who do defy the norm and attempt to enter politics face a “flood of threats”.

Party leaders “are convinced that ultra-Orthodox women in parties are destroying Judaism and men are public emissaries”, she told MEE.

“I used to think that we, ultra-Orthodox women, are the most marginalised community. But then you see the ‘sophisticated’ Blue and White party, which all ‘sophisticated’ people are going to vote for … they only put men in the front.”

Jewish parties aren’t the only ones pushing women to the side.

Three women, Aida Touma-Sliman, Heba Yazbak and Haneen Zoabi are influential candidates in the Hadash-Taal and Balad-Raam slates representing Palestinian citizens of Israel, and are some of the most radical and feminist in Israeli politics.

But they too are "absent" from the campaign as their parties struggle to win over Palestinian votes, Balad candidate Orly Noy, says.

“They are of the three most important women, but Arab politics are so conservative, they’ve been pushed to the margins,” Noy tells MEE.

‘I hear the silence’

Bitton’s centre-right Gesher party, led by Orli Levy-Abekasis, has made a point of talking up its feminist credentials by running a list with half female candidates.

According to Bitton, Levy-Abekasis expected her list of candidates to inspire a call for greater women’s participation in other parties, “but that didn’t happen”.

“As someone who comes from feminist circles, I hear the silence," she says.

One woman to make a serious impact in this year’s campaigns, of course, is Ayelet Shaked.

In it, the elegantly dressed Shaked poses on staircases and beside grand paintings, before spraying herself with a fragrance labeled “Fascism” and declaring that it smells like democracy.

“The video is semi-erotic. She’s aware of her looks, and she’s using that to gain support for her campaign.” 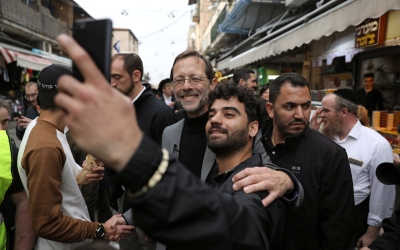 “Women have no representation. And when the most important woman in Israeli politics in recent years uses femininity, she does it in the most humiliating fashion.”

For Bitton, the election campaigns have revealed a dramatic failure in Israeli politics.

“We have a lot more work to do,” she says. “The men clatter about in the mud of ego, and the discourse is all about who is ‘strong’ and ‘weak’.”

The electoral success or failure of these campaigns will be picked over in the days following Tuesday’s polls.

“If men's campaigns are more successful and that's what the public is looking for, then it is really sad,” Ajami says.

“But as a woman who lives here in Israel, I think that all the parties are making a critical mistake.” 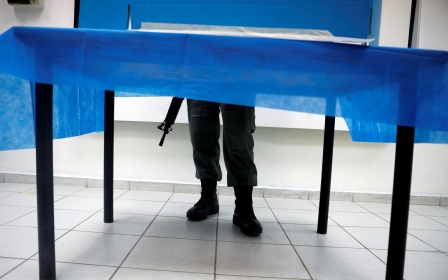 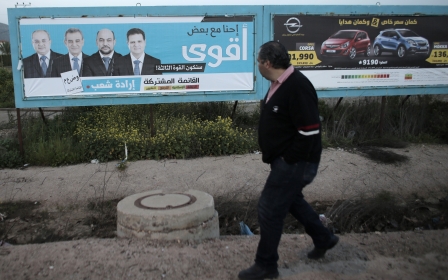 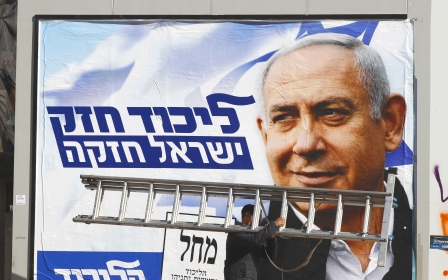