Palestinian supporters demonstrate outside the US Consulate General in Sandton, Johannesburg (AFP)
By
MEE and agencies

South Africa’s ruling African National Congress party has moved to direct the government to downgrade the country’s embassy in Tel Aviv to a “liaison office”.

The move comes ahead of a UN General Assembly vote on Thursday which is expected to chide the US for announcing plans to relocate its embassy from Tel Aviv to Jerusalem.

The resolution, which the ANC adopted at its national conference on Wednesday, reads: "The ANC's National Conference, the highest decision-making body of our organisation, has unanimously resolved to immediately and unconditionally downgrade the South African Embassy in Israel to a liaison office.

"In order to give our practical expression to the oppressed people of Palestine, the ANC has unanimously resolved to direct the South African government to...immediately downgrade the South African embassy in Israel.

"We concur with the PLO [Palestine Liberation Organisation] leader, Jibril Rajoub, who was at our conference where he explained that the downgrade of the SA Embassy in Israel will send a clear message to Israel that there is a price to pay for its human rights abuses and violations of international law.” Both the Palestinian Authority and Hamas sent delegations to attend the ANC National Conference to hear the debate on a proposal to downgrade the embassy in Israel.

“We question the motives behind this discriminatory decision that would effectively prevent South Africa from playing any mediatory role in bringing about peace or dialogue between Israel and Palestine‚” the SAJBD and SAZF said in a statement.

“This downgrade will do nothing for the Palestinian people‚ and have a detrimental effect on South Africans. We further question the motives of organisations and individuals who have managed to ‘capture’ the ANC’s international relations agenda‚ including the BDS.”

BDS is the international Boycott, Divestment and Sanctions movement, which urges an economic and cultural boycott of Israel over its occupation, abuses of Palestinian human rights and violations of international law.

The move will be seen as a show of defiance against a US administration which has vowed to punish those countries who vote in favour of a draft resolution calling for the US to withdraw its decision to recognise Jerusalem as Israel's capital at an emergency special session of the UN General Assembly later on Thursday.

US Ambassador Nikki Haley, in a letter to dozens of UN states on Tuesday seen by Reuters, warned that Trump had asked her to "report back on those countries who voted against us".
She bluntly echoed that call in a Twitter post: "The US will be taking names."

President Trump then told reporters at the White House that countries which voted against the US could expect to see their financial aid cut.

The motion, which was proposed by Egypt - a major recipient of US aid, was already vetoed by the US on Monday in the 15-member UN Security Council.

The remaining 14 Security Council members voted in favour of the resolution, which did not specifically mention the United States or Trump, but which expressed "deep regret at recent decisions concerning the status of Jerusalem".

Links between the ANC and the PLO stretch back decades, while Israel maintained diplomatic relations with the Apartheid-era South African government long after it had been ostracised by most of the international community.

Members of the ANC's armed wing trained in PLO camps in the Middle East and Nelson Mandela, the ANC's iconic figurehead, once described the organisations as "comrades in arms".

Mandela met PLO leader Yasser Arafat just two weeks after Mandela's release from prison in 1990, and defended his organisation's ties to the PLO in an interview on American television later the same year.

"We identify with the PLO, because just like ourselves they are fighting for the right of self determination,” Mandela said. 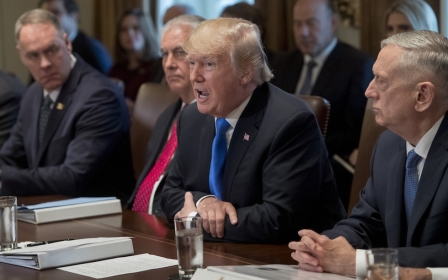 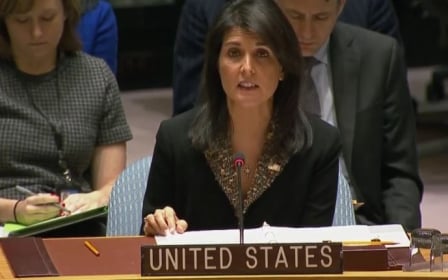