Vessel departed from Western Sahara with 61 people on board. Rescuers found only 34 alive Two minors and 10 women were among the survivors rescued off the island of Gran Canaria and transported to safety, the Spanish coastguard said (AFP/file photo)
By
MEE and agencies

At least one person drowned and 26 were missing after a boat carrying displaced people capsized in the Atlantic Ocean off Spain's Canary Islands, the Spanish coastguard said on Tuesday.

The boat departed from Cap Boujdour in Western Sahara with 61 people on board and rescuers overnight only found 34 alive, a spokeswoman for the coastguard said. Two minors and 10 women were among the survivors rescued off the island of Gran Canaria and transported to safety, she added.

According to Spanish NGO Caminando Fronteras, which helps boats in distress, 27 people died in the accident, including 13 women and six babies.

The Spanish archipelago off the coast of West Africa has become the main destination for people trying to reach Europe.

Spain says that a total of 6,359 people arrived in the Canaries illegally by sea between 1 January and 15 April, 60 percent more than in the same period in 2021.

Caminando Fronteras said more than 4,400 displaced people were lost at sea trying to reach Spain in 2021, more than double the figure from 2020, AFP reported. 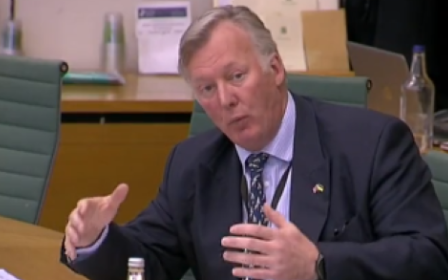