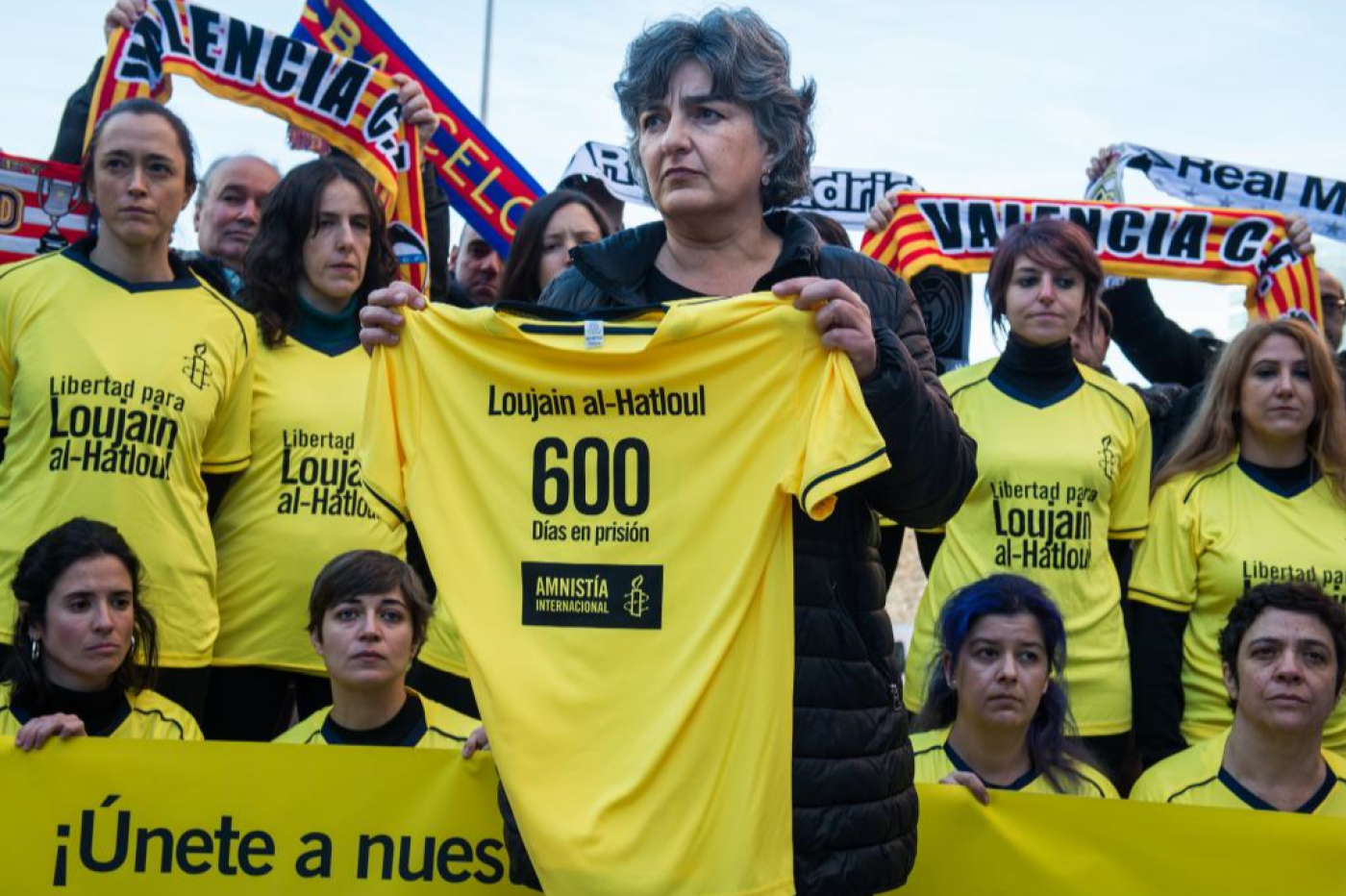 It's been a big few months for sports in Saudi Arabia.

The kingdom has staged heavyweight boxing, women's wrestling, rally racing and even agreed to a 10-year deal to host a world snooker tournament.

Few stones have been left unturned - all that's left is a last minute bid to host the Winter Olympics.

Barcelona's manager, Ernesto Valverde, admitted, rather candidly, that the tournament was only being held in Saudi Arabia for money.

"The bottom line is football has become a business and as a business it looks for income. That's the reason we are all here," Valverde said.

Real Madrid and Barcelona are set to make $7.8m each, as Saudi Arabia splashes out a reported $44m to host the five-day event.

Still, critics see the events as a cynical attempt to improve the kingdom's international reputation amid growing concerns about its human rights record.

Ahead of the Spanish Super Cup, Amnesty International activists protested outside the Saudi embassy in Madrid. The demonstrators held football scarves and wore T-shirts printed with the name Loujain al-Hathloul - a women's rights activist who has been imprisoned by Saudi authorities since May 2018.

With the Spanish Super Cup football tournament starting in Saudi Arabia later today, @amnistiaespana have staged a protest outside the Saudi embassy in Madrid calling for the release of the jailed women's human rights defender Loujain al-Hathloul #SpanishSuperCup #SaudiArabia pic.twitter.com/Fe9yHwABr0

"If a player like Lionel Messi were to say something about the outrageous jailing of the Saudi women's rights activist Loujain al-Hathloul, for example, this would be an important reminder to the Saudi authorities that their appalling crackdown isn't going unnoticed."

Al Sheikh, who owns Spanish football team Almeria, jokingly headbutted Zidane - in reference to the infamous incident that led to his removal from the 2006 World Cup final.

Almeria's owner giving Zidane the Materazzi headbutt is the best video of the decade so far 🤣🤣🤣pic.twitter.com/KGNomsaRcw

Although the arrival of Messi and Zidane is attracting a lot of attention among Saudi locals, organisers have sold few tickets to Spanish football fans.