'If you do not obey the orders right now...you will be targeted,' Libyan coastguard reportedly told rescue ship A Libyan coastguard vessel next to a humanitarian rescue ship in the Western Mediterranean Sea, 15 August 2015 (Reuters)
By
Reuters

The Libyan coastguard intercepted a humanitarian rescue ship in the Mediterranean on Tuesday, ordering it to sail to Tripoli or risk being targeted, a Reuters photographer aboard said.

It was the latest in a series of incidents in which non-governmental organisations (NGOs), operating on the edge of Libyan waters to rescue migrants trying to cross from Africa to Italy, have been threatened by the Libyan coastguard.

The Golfo Azzurro, operated by Spanish humanitarian organisation Proactiva Open Arms, was repeatedly contacted by a Libyan coastguard vessel, according to radio transmissions heard by the photographer.

There is a strategy of dissuasion and intimidation, and strong pressure by the Libyans in order for NGOs to stop operating at sea

"You are sailing in our waters for months now and you are conducting activities that are causing problems to Libyan state sovereignty," said a man who identified himself as part of the Libyan coastguard, speaking in English.

"Therefore I ask you to alter your course towards Tripoli port. If you do not obey the orders right now...you will be targeted," the voice said.

The Golfo Azzurro was then told to leave Libyan waters. It headed north, followed by the Libyan coastguard vessel, the Reuters photographer said.

A Libyan coastguard spokesman in Tripoli declined to comment, saying they were collecting information on what happened.

Last year, a hole was blown in the side of a humanitarian boat belonging to Doctors without Borders, and gunshots have been fired into the air several times this year by vessels identifying themselves as the Libyan coastguard.

Proactiva spokeswoman Laura Lanuza said the group's vessel had been in international waters, 43 km off the Libyan coast, carrying out search and rescue operations.

Despite the incident, the group would not halt its activities in the Mediterranean, she said in a television interview.

Recent actions by the Libyan coastguard have in part prompted three humanitarian groups - Save the Children, Doctors Without Borders and Germany's Sea Eye - to suspend migrant rescue operations at sea in the past week because they felt threatened.

The Italian coastguard and Interior Ministry were not immediately available for comment. A spokesman for the Defence Ministry told Reuters it had no knowledge of the incident.

"Life for NGOs is becoming dangerous. There is a strategy of dissuasion and intimidation, and strong pressure by the Libyans in order for NGOs to stop operating at sea," Luigi Manconi, head of the Italian Senate committee for Human Rights, said on RAI state broadcaster.

Ships operated by NGOs have been increasingly important in sea rescues in the past years, picking up more than a third of all migrants brought ashore.

But their role has been questioned after prosecutors in Sicily opened investigations against some NGOs, suspected of collaborating with smugglers.

Italy has drawn up a Code of Conduct setting stricter rules on how the groups can operate, but only five out of eight NGOs have signed it. Earlier this month, Italy started providing Libya technical and operational support to its coastguard.

Almost 600,000 migrants have arrived in Italy over the past four years, putting Italy's network of reception centres under huge strain and causing increasing political tensions, ahead of elections in May 2018. 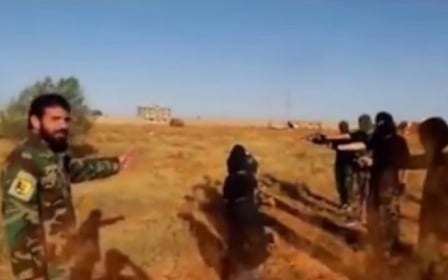 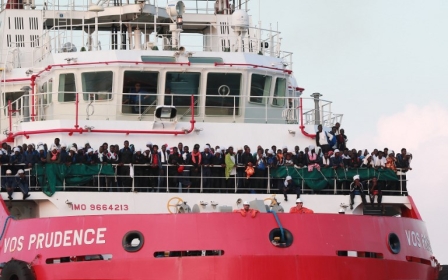