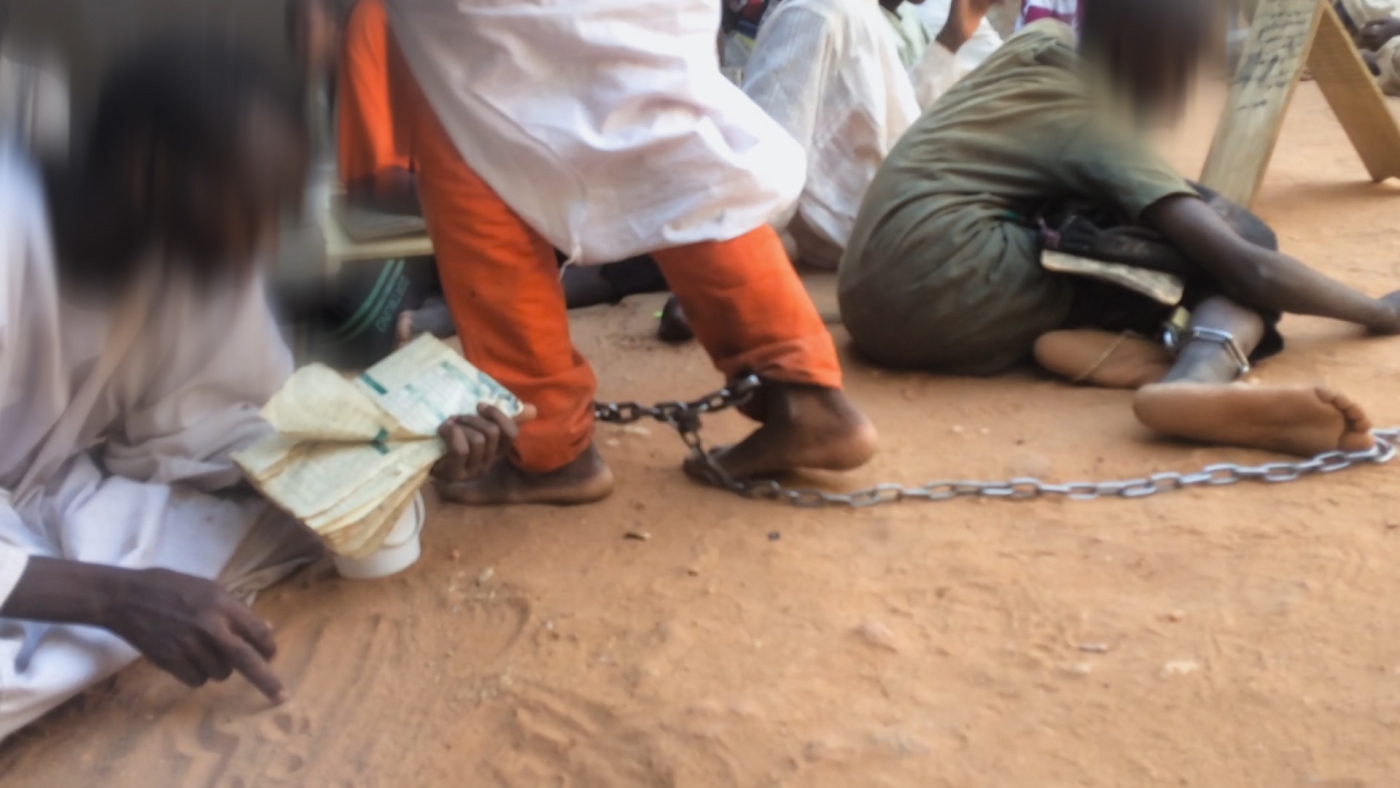 Thousands of boys are routinely brutally beaten, shackled and kept in chains in Islamic schools, known as khalwas, across Sudan, an investigation by BBC News Arabic has uncovered.

Khalwas are traditional religious schools and have existed for hundreds of years in Sudan. There are nearly 30,000 of them today and they provide free education to children.

In one instance, in the well-respected Ahmed Hanafy khalwa in Darfur, a teacher whipped a small boy more than 30 times in a study room under a hot corrugated iron roof.

Hamdani found children shackled and, at times, as many as six or seven would be chained together. Many boys were malnourished and kept in miserable conditions, including being forced to sleep on the floor.

In one khalwa, al-Khulafaa al-Rashideen, run by a man called Sheikh Hussein, most boys were shackled and whipped for the slightest mistake.

“They [the sheikhs] make us run around in circles. Whenever one of us falls over we have to get up again because they keep whipping us… They say that this is good for us,” one student told the BBC.

The documentary centred around two 14-year-old students of al-Khulafaa al-Rashideen, Mohamed Nader and Ismail, who were imprisoned in the khalwa and tortured for five days, without being given food or water.

Hamdani said the boys were beaten within an inch of their lives.

“They rubbed tar all over their bodies. [Mohamed Nader] has been so badly beaten you can even see his spine,” Mohamed Nader’s father told the BBC.

The film follows the boys’ recoveries and their families’ fight for justice.

Mohamed Nader told the BBC that he had witnessed boys being raped by older students in the khalwa, adding that weaker and smaller ones were the most at risk of abuse.

When confronted, Sheikh Hussein conceded that the imprisonment of children was wrong, but said the beating and shackling were “packed with benefits”. Meanwhile, he strongly denied that sexual abuse has been taking place in his school.

Sheikh Hussein died in a car accident earlier this year.

The investigation also found evidence of sexual abuse and rape in several other khalwas. One forensic doctor said he examined three boys who recently escaped their school and who were repeatedly raped.

“I asked them ‘How were you raped?’. They said ‘sometimes our families visit us, they rape us just before they arrive’,” the doctor said.

While Sudan’s authorities are obliged to investigate all crimes against children, they have always been slow to act when it comes to khalwas and thousands of children remain at risk of abuse. The family of Mohamed Nader was forced to hire a lawyer to fight for their son.

'They rubbed tar all over their bodies. [Mohamed Nader] has been so badly beaten you can even see his spine'

In Mohamed Nader's and Ismail’s case, the police arrested the sheikh in charge of the school and three other teachers and charged them with assault and subverting the course of justice. They were released on bail.

The new sheikh of the khalwa said that beating of children would not be allowed under his management.

Mohamed Nader’s mother has hopes that after the removal of Omar al-Bashir’s government last year, families would have a better chance at bringing those responsible to justice.

Authorities are evaluating the state of khalwas across Sudan, the minister of religious affairs said. But, he added, it was impossible to “solve a problem caused by 30 years of the old regime overnight”. 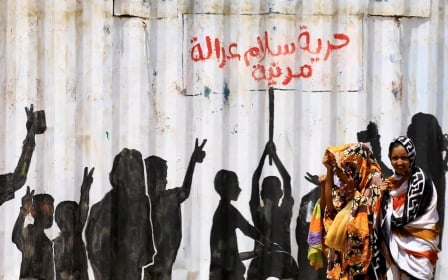