Demonstrators chant for a civilian government during protest in Khartoum, 21 June (Reuters)
By
MEE and agencies

Sudanese forces have violently dispersed a student-led anti-government demonstration in Khartoum, as the ruling military council and opposition leaders continue to struggle to find common ground for negotiations.

Dozens of students chanting the word "civilian" in front of the National Ribat University near Sudan's ministry of defence headquarters on Monday were chased off by security forces who used batons to beat protesters, Reuters news agency reported. The protest was the first to be held during daytime hours since 3 June, when the Transitional Military Council (TMC) stormed a massive sit-in outside of the ministry, resulting in days of violence during which more than 100 protesters were killed.

The student-led protest on Monday reiterated calls for the military council to hand power over to a civilian government.

The council and the opposition coalition have been divided for weeks over the future of Sudan's transitional government following the ousting of former president Omar al-Bashir on 11 April.

Both Ethiopian Prime Minister Abiy Ahmed and the African Union (AU) have been trying to mediate between the sides.

On Sunday, Lieutenant General Shams El Din Kabbashi said that the council had rejected Ethiopia's proposal, which the opposition coalition accepted on Saturday.

The Ethiopian plan calls for a civilian-majority government council.

But Kabbashi said military leaders had agreed in principle to the AU's plan, Reuters said.

"The African Union's initiative came first," said Kabbashi, adding that the council had not studied the Ethiopian initiative, which he described as unilateral.

Details of the AU plan have not been released.

However, the Forces of Freedom and Change opposition coalition rejected the military's characterisation of the two plans, saying that the AU and Ethiopian proposals are similar.

The Sudanese Professionals’ Association, the country's main protest group, accused the military council of "systematically trying to undermine the gains of the revolution by destroying freedom", Reuters reported.

The group also said it will continue escalating protests, vowing to organise a big demonstration on 30 June.

Talks between the ruling generals and the opposition movement collapsed following the deadly 3 June crackdown.

In talks before the crackdown, protest leaders and the generals had agreed on a three-year transition period and the formation of a 300-member parliament, with two-thirds of lawmakers from the protest movement.

However, the military council has cancelled all agreements it had reached with the opposition after the sit-in's dispersal.

Since the break up of the sit-in, demonstrations have been restricted, particularly with heavy deployment of the special paramilitary Rapid Support Forces (RSF) around the country, Reuters said. 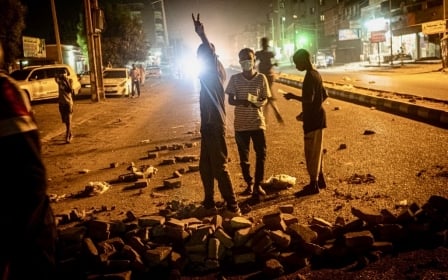