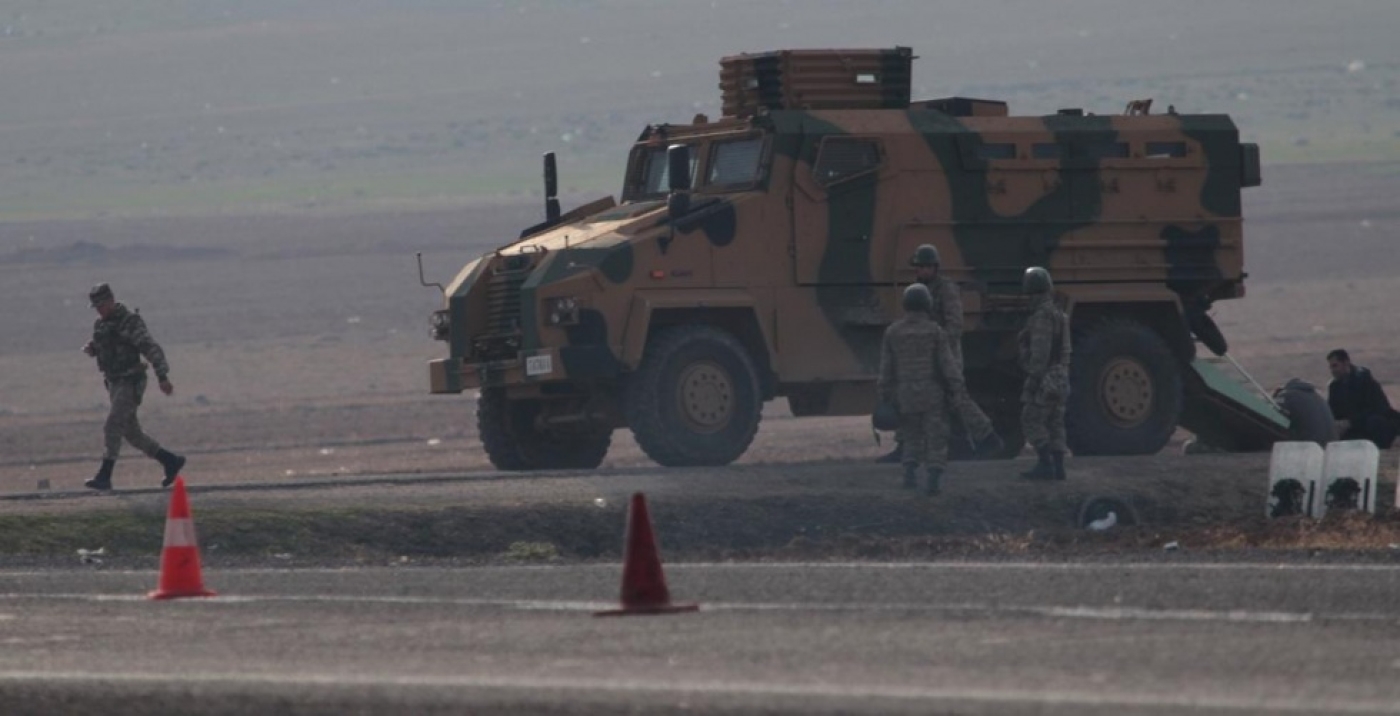 Turkish armed forces near the Turkish-Syrian border in Sanliurfa, southeastern Turkey on 30 November, 2014 as clashes continue in Syria's Kobane between the IS militants and Kurdish armed groups (AA)
By
MEE and agencies

Islamic State group militants battling for control of the Syrian town of Kobane suffered some of their heaviest losses yet in 24 hours of clashes and US-led air strikes, monitors said Sunday.

At least 50 militants were killed in the embattled border town in suicide bombings, clashes with Kobane's Kurdish defenders and air strikes, the Syrian Observatory for Human Rights said.

Canada, meanwhile, said it was "aware of reports" one of its citizens may have been captured in Kobane, reportedly an Israeli-Canadian woman fighting alongside Kurdish forces.

The Britain-based Observatory also said the US-led coalition battling the IS group hit at least 30 targets in and around Raqa, the militants' de facto capital.

There were no immediate details of a toll in the Raqa strikes.

Syrian government strikes on Sunday killed at least 29 civilians, among them seven women and three children, the group said.

The deaths in Kobane came on Saturday after IS militants launched an unprecedented attack against the border crossing separating the Syrian Kurdish town from Turkey.

Kurdish officials and the Observatory alleged the attack was launched from Turkish soil, a claim the Turkish army dismissed as "lies".

IS began advancing on Kobane on September 16, hoping to quickly seize the small frontier town and secure its grip on a large stretch of the Syrian-Turkish border, following advances in Iraq.

At one point it looked set to overrun the town, but Kurdish Syrian fighters, backed by coalition air strikes and an influx of Iraqi Kurdish peshmerga forces, have held IS back.

The US-based monitoring group SITE said IS claimed a woman described as a "female Zionist soldier" had been captured in Kobane.

Some militants said she might be Gill Rosenberg, a Canadian-Israeli dual national who had served in the Israeli military and had volunteered to fight with the Kurds, SITE said.

An Israeli foreign ministry spokesman told AFP: "We know nothing about it, but are closely monitoring the information."

A Canadian foreign ministry statement said it was aware of the reports but would not "comment or release any information which may compromise ongoing efforts and risks endangering the safety of Canadian citizens abroad".

In Raqa province, the coalition carried out strikes against at least 30 IS targets on the northern outskirts of the city of the same name and struck Division 17, a Syrian army base which militants captured earlier this year.

"We can't say it's the largest set of raids they have carried out, but it's been a long time since we've seen this number of targets hit," Observatory chief Rami Abdel Rahman said.

The coalition began carrying out air strikes against the IS on September 23, and stepped up raids in Kobane in a bid to prevent it falling to the militants.

Meanwhile, a new United Nations report has warned that there are an "unprecedented" number of foreign fighters in Syria and Iraq.

About 1,500 fighters from around 80 countries have joined extremists groups in these two countries, according to the report. 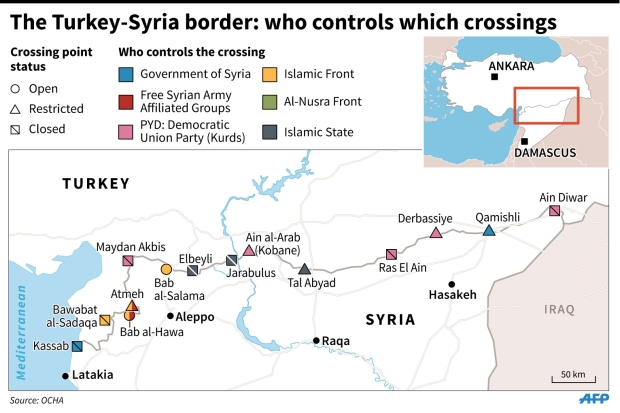