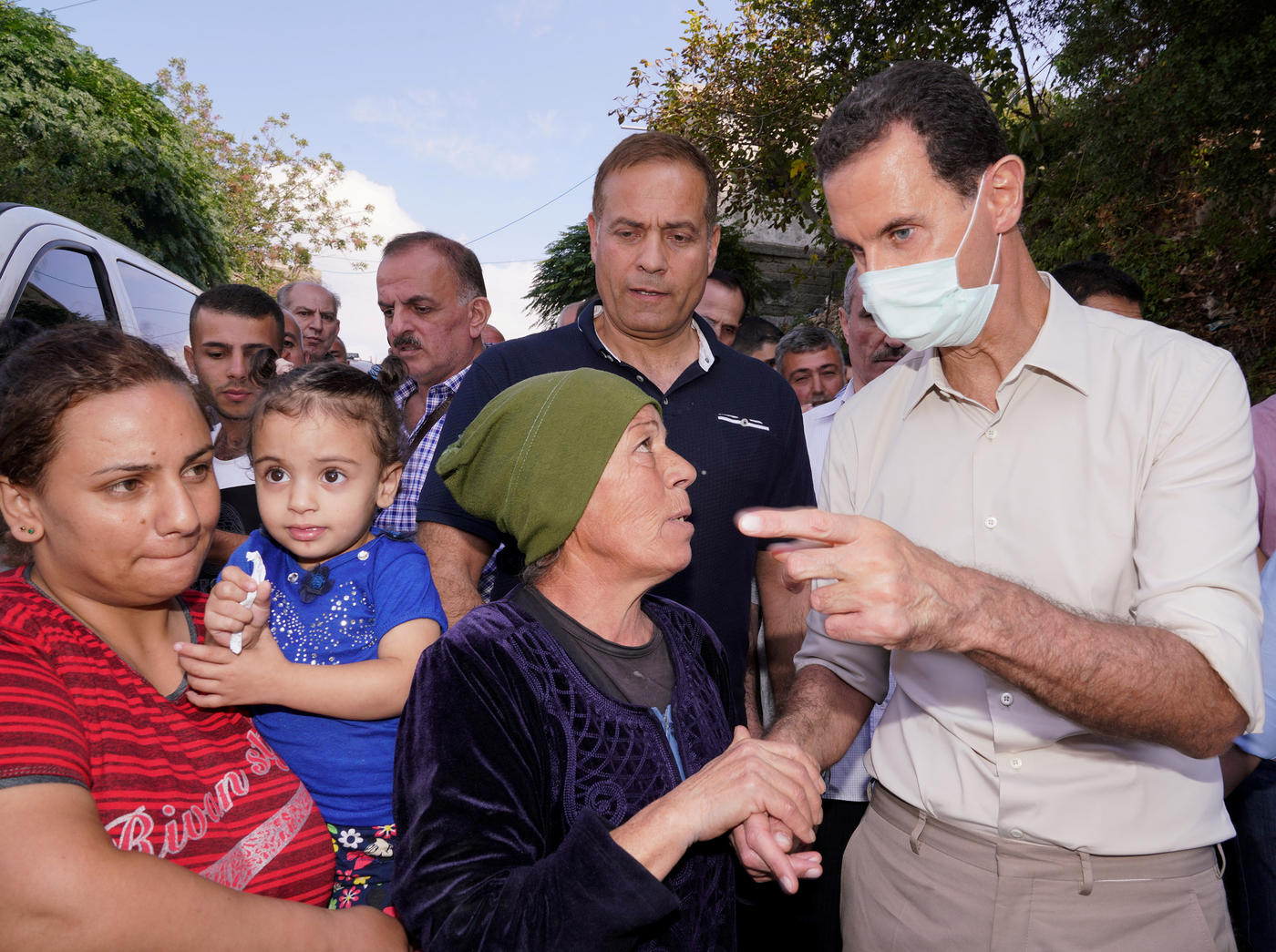 Speaking during a tour of a trade fair that was broadcast on state media, Assad said that capital controls imposed in Lebanon to avert economic collapse last year had frozen huge amounts of Syrian money in the country.

Assad said anywhere from $20bn to $42bn of Syrian deposits could have been lost in the once vibrant banking sector that held over $170bn in foreign currency deposits.

"This figure for an economy like Syria is terrifying," he said

"It's the money they put in Lebanese banks and we paid the price, this is the core of the problem that no one talks about." Syrian businessmen say Lebanon's tight controls on withdrawals have locked away hundreds of millions of dollars once used to import basic goods, from oil to commodities.

The US Treasury has blacklisted scores of such firms.

Assad said the current economic woes were not caused by the Caesar Act, the toughest US sanctions yet against Damascus, which came into force in June.

"The crisis began before the Caesar Act and years after long-imposed Western sanctions... it's the money [in Lebanese banks] that has been lost," Assad said.

Syrian authorities blame Western sanctions for widespread hardship among ordinary residents, where the currency's collapse since the start of the year has led to soaring prices and people struggling to afford food and basic supplies.

However, nearly ten years of war has also ravaged the country, after the Assad government violently cracked down on protests, sparking a civil conflict that has killed half a million people and displaced the majority of Syria's population. The vast majority of civilian deaths were caused by pro-Assad forces attacks.

Last month the government faced severe fuel shortages and has been forced to raise bread prices as wheat stocks dwindle, leading to growing disenchantment among a weary population in areas Assad controls.