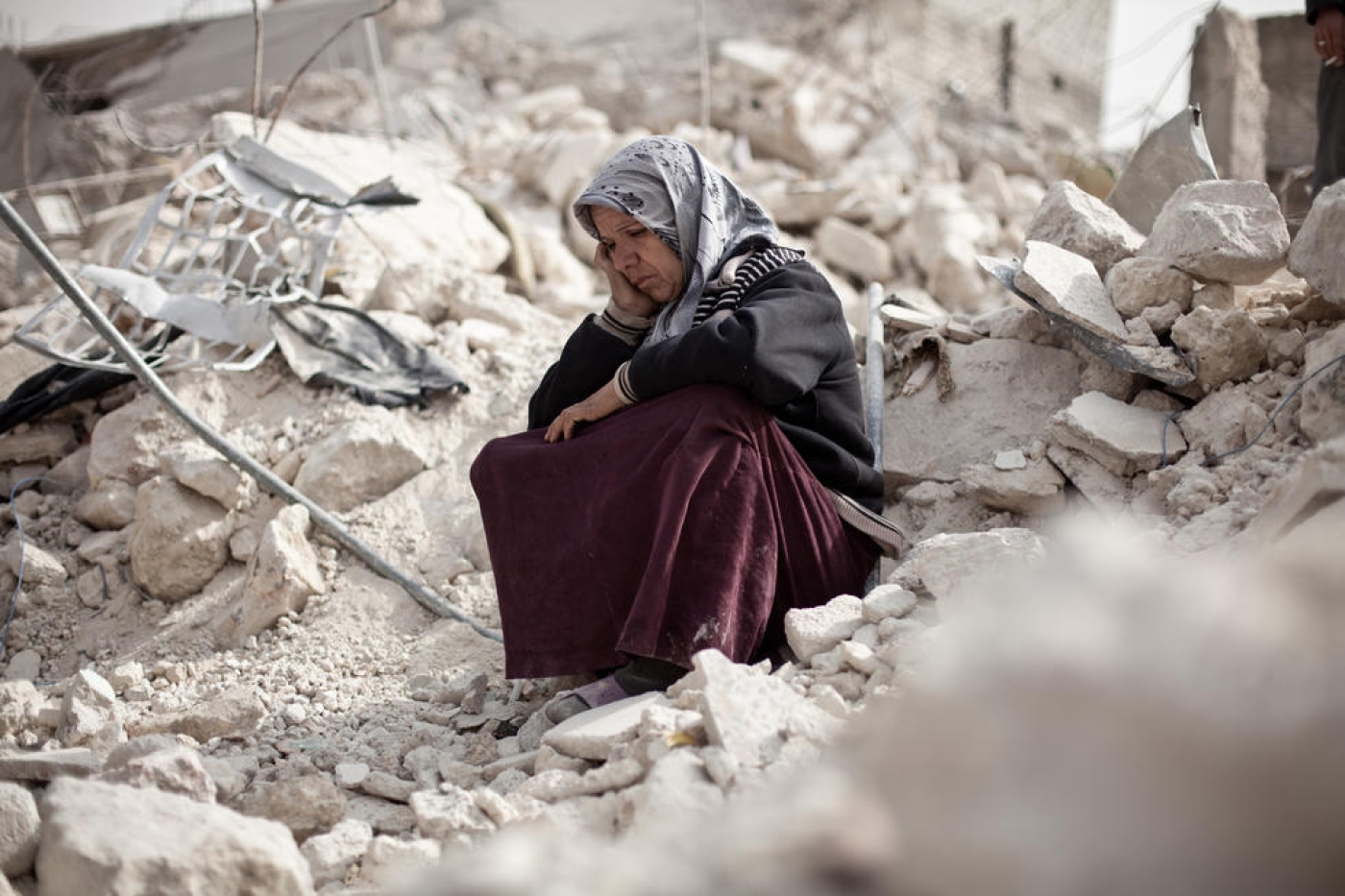 Since Saturday, at least 68 civilians have been killed in aerial attacks on the town.

The crudely constructed weapons were used on al-Bab, which lies in Aleppo province and is held by the Islamic State, according to the Syrian Observatory for Human Rights.

Observatory head Rami Abdel Rahman said the "intensified air attacks by regime forces on al-Bab are aimed at foiling IS efforts on multiple fronts," including the nearby Kweyris military airport, which IS has besieged for more than a year.

Al-Bab is strategically important because it is one of IS's closest positions to government-held parts of Aleppo, he told AFP.

In May, more than 60 civilians were killed by barrel bomb attacks on the town.

Syria's embattled government has heavily bombarded areas in Aleppo province that have fallen out of its control.

To the west, in Idlib province, an alliance of rebels and Islamist fighters heavily shelled the province's last two regime-held Shia villages for the second consecutive day.

The "Army of Conquest," an opposition coalition that includes al-Qaeda's Syria affiliate al-Nusra Front, began its assault on Fuaa and Kafraya on Wednesday.

"Dozens of shells fell overnight Wednesday and into Thursday morning on Fuaa and Kafraya, which are largely inhabited by Shia Muslims," the Observatory said.

Abdel Rahman said there were casualties but had no immediate toll.

The Army of Conquest said on Wednesday its attack was a response to an offensive by the army and the Lebanese Shia movement Hezbollah on Zabadani, the last rebel-held bastion along the Syrian-Lebanese border.

Clashes in Zabadani raged on Thursday, according to the Observatory, which has documented heavy shelling on the town since early July.

Elsewhere on Thursday, the Observatory said 17 government troops including a commander were killed in fighting with IS near the city of Palmyra.

Among the dead was Major General Mohsen Makhlouf, of a tank battalion in area of central Homs province, the monitor said.

Palmyra, which is famed for its ancient ruins, has been under IS control since May, but in recent weeks government troops have advanced to within a few kilometres of the city.

In northeastern Syria, Kurdish forces backed by government shelling took an area south of the city of Hasakeh from IS forces, the Observatory said.

IS entered the city, where security control is divided between Kurdish and government forces, on 25 June, seizing territory in its southern districts.

But the Kurdish fighters, along with a group of Sunni Arab tribesman, are hoping to encircle the IS forces by taking a strip of territory outside the city.

At least 230,000 people have been killed in Syria's multi-front conflict, which began in 2011 with anti-government protests but devolved into a civil war following a bloody crackdown on dissent by the government of President Bashar al-Assad.

Meanwhile, Assad made a rare public appearance on Friday for holiday prayers at a Damascus mosque, state media reported.

Assad attended morning prayers at the al-Hamad mosque in northwest Damascus on Eid al-Fitr, the Muslim holiday marking the end of the fasting month of Ramadan, the SANA news agency reported.

He was accompanied by "high-ranking officials from the (ruling Baath) party and from the state," it added.

A photograph published by the president's official Twitter account showed him kneeling in prayer beside other officials.

The mosque's imam, Sheikh Mohammad Sharif al-Sawaf, "prayed to God to save Syria, its leader, its army and its people, and to bring victory against its enemies".

"The Syrian army will continue to defend the country," Sawaf said in his sermon, SANA reported.

Damascus has been largely spared the devastation wrought on other Syrian cities by more than four years of civil war, although there has been periodic mortar and rocket fire by rebels entrenched in the suburbs.

Assad has made few public appearances since the uprising against his rule erupted.