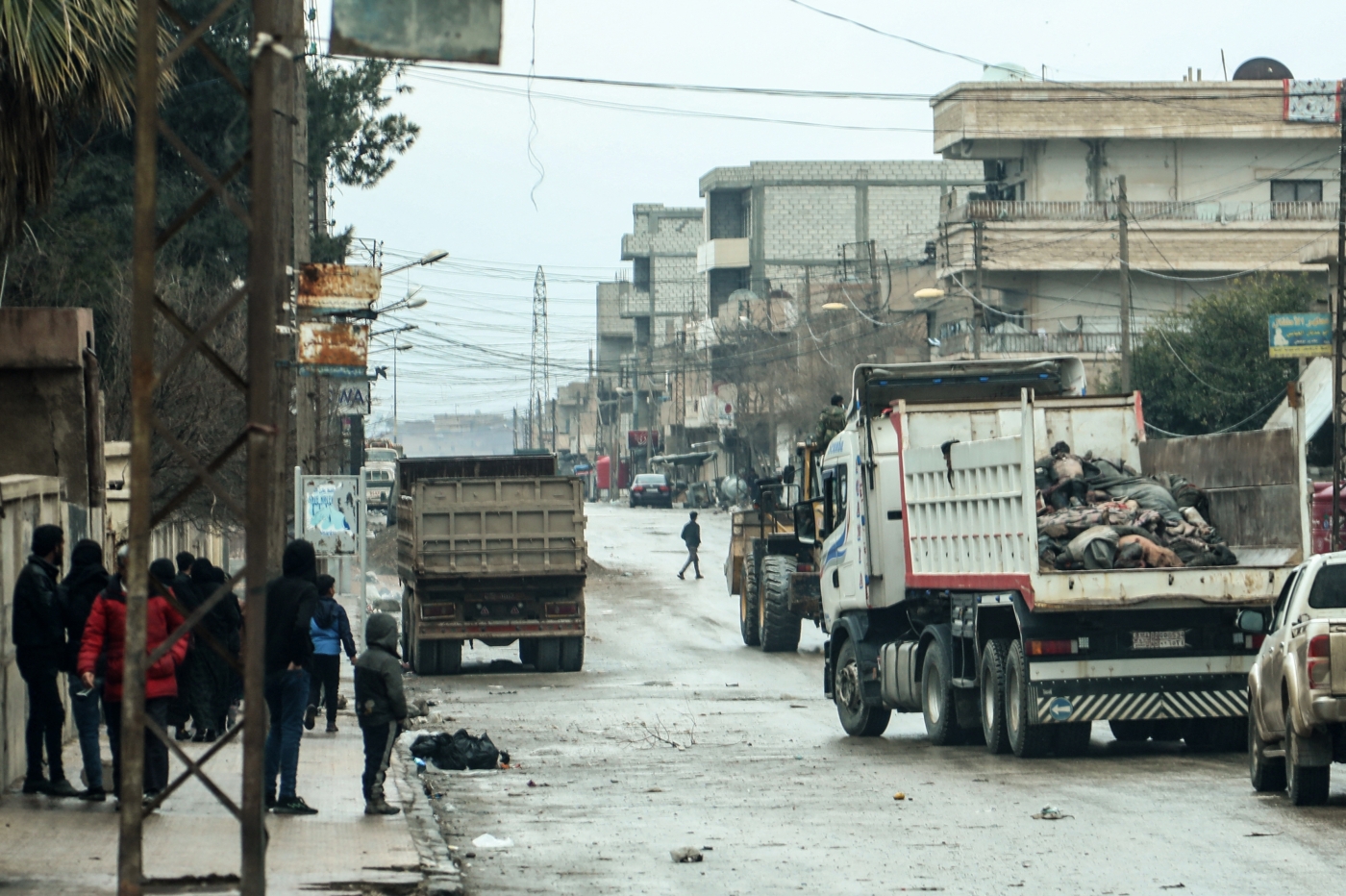 People watch as bodies of alleged members of the Islamic State group killed in recent confrontations are transported in the back of a truck in Hasakah, Syria, on 29 January 2022 (AFP)
By
MEE staff

Kurdish-led forces in the northeastern Syrian city of Hasakah said on Monday that last week's clashes at a detention centre costs the lives of just under 500 people, including four civilians, 77 prison staff and 374 prisoners.

Announcing the death toll at a press conference on Monday, the Syrian Democratic Forces (SDF) said that the heavy fighting since Islamic State group (IS) militants first attacked the prison in the Ghwayran neighbourhood had seen them lose 40 fighters.

"We thank our people in Hasakah for their vigilance and spirit of sacrifice, and we also thank them for their help and their honourable standing with their forces," said an SDF spokesperson.

"We also say to our people in north and east Syria that it has become necessary to show more caution and vigilance towards all attacks by IS and others as well, and that they must organise themselves stronger, and defend their neighbourhoods, villages and homes." Around 3,500 prisoners were held at the al-Sinaa detention centre when, on 20 January, IS fighters rammed two explosives-packed vehicles into the facility.

Fighting around the prison saw around 45,000 people forced to flee their homes in Hasakah, while aid organisations raised fears about the situation for hundreds of minors held in the prison.

Save the Children said last Monday that it had evidence of multiple child deaths and casualties at the prison.

Sources in the SDF-linked Autonomous Administration of North and East Syria (AANES), which controls much of northeastern Syria, indicated that there had been hundreds of boys being held by IS as human shields, which included more than 100 "non-Arabs".

According to Human Rights Watch, the SDF holds a total of about 12,000 men and boys with suspected links to IS. This includes around 2,000-4,000 foreigners from almost 50 countries.

HRW has criticised the conditions in which the inmates are held, describing them as inhumane, something the SDF has denied. 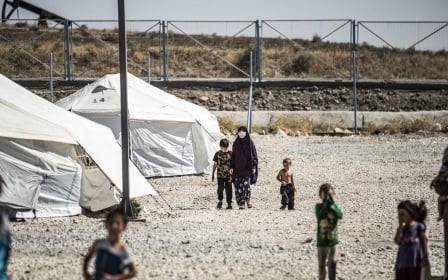