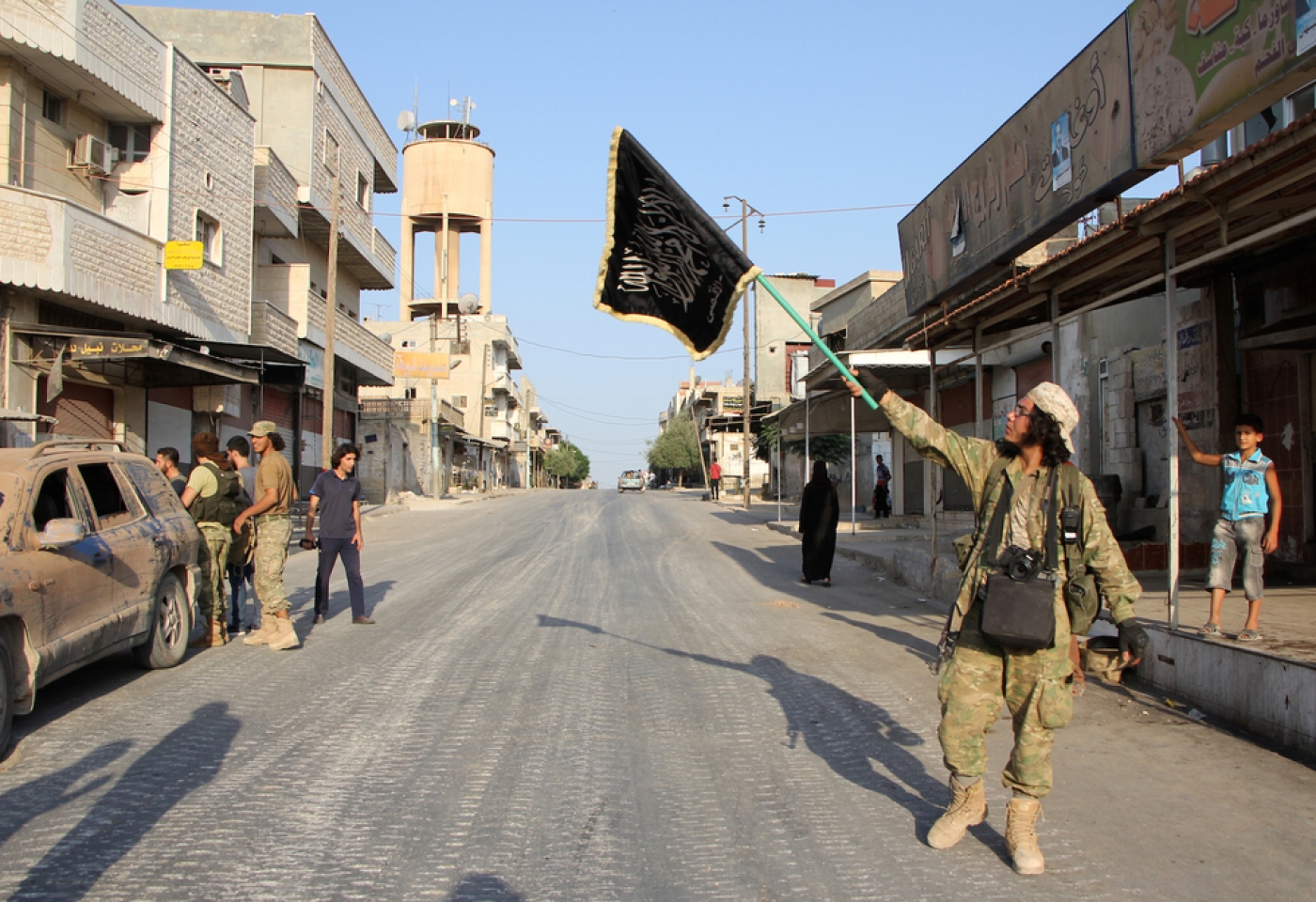 Syrian opposition groups have expressed dismay at the decision by former Al-Qaeda affiliate Jabhat Fateh al-Sham to accept hardliners Jund al-Aqsa into their ranks, despite the latter repeatedly clashing with other Syrian rebel groups.

On Monday, a Jund al-Aqsa car bomb allegedly targeted an Ahrar al-Sham headquarters, while JFS claimed it had been struck by an airstrike.

The agreement between the two groups was announced on Sunday on Fateh al-Sham's Twitter account, pitched as a bid for unity between Syrian rebel factions.

"In a bid to avoid shedding the blood of Muslims and overcome the internal fighting between us and Ahrar al-Sham, which only profits the regime, we, Jund al-Aqsa announce that we have pledged allegiance to Fateh al-Sham Front," said the online statement, which bore the signature of both groups.

Despite the intentions, however, the move was greeted by outrage from a number of other rebel groups, who accused Fateh al-Sham of offering "refuge for extremists."

“All factions have united to fight against Jund al-Aqsa until it dissolves or is uprooted,” said Yasser Alyousef, a member of the Nour el-Din el-Zinki rebel group. “Any attempt to dilute the issue...or offering superficial solutions is treason to the blood of martyrs.”

Ahmed Karali, a spokesperson for JFS allies Ahrar al-Sham, echoed Alyousef's words, saying his group would continue to fight Jund Al-Aqsa and they would "not halt a task we started."

Jund al-Aqsa have been highly controversial in Syria - while they have repeatedly declared their loyalty to Al-Qaeda leader Ayman al-Zawahiri. The group have also been accused of being a front for the Islamic State and, unlike other Syrian rebel groups, relations with IS have been relatively peaceful. The group reportedly left the Army of Conquest rebel coalition in February 2015 due to misgivings it had about fighting IS, though they have also rejected IS's religious legitimacy.

The US declared Jund al-Aqsa a "specially designated global terrorist" organisation in September, which applies sanctions to any group that poses "a significant risk of committing acts of terrorism that threaten the security of US nationals or the national security."

"Fateh al-Sham Front (JFS) has pitched itself as a part of the opposition mainstream, but by taking Jund al-Aqsa into its fold, it has joined forces with a group that every single key opposition faction in northern Syria declared a front group for IS," said Charles Lister, an analyst from the Middle East Institute.

Clashes broke out over the weekend between Ahrar al-Sham and Jund al-Aqsa in opposition-controlled Idlib province.

According to activist reports, Jund al-Aqsa were responsible for the death of Dabus al-Ghab, a senior Ahrar al-Sham commander, on Monday morning.

Fateh al-Sham, Ahrar al-Sham and Nour el-Din el-Zinki are all members of the Army of Conquest rebel coalition that controls Idlib province. It is unknown how the introduction of Jund al-Aqsa into its ranks will effect the alliance.

Jund al-Aqsa have previously been accused of engaging in sectarian killings. In 2014, they overran the Alawite-majority village of Maan in central Hama province, killing 40 people.

According to the Syrian Observatory for Human Rights, half of the victims in the attack were civilians, including women, while the other half were villagers defending their homes.