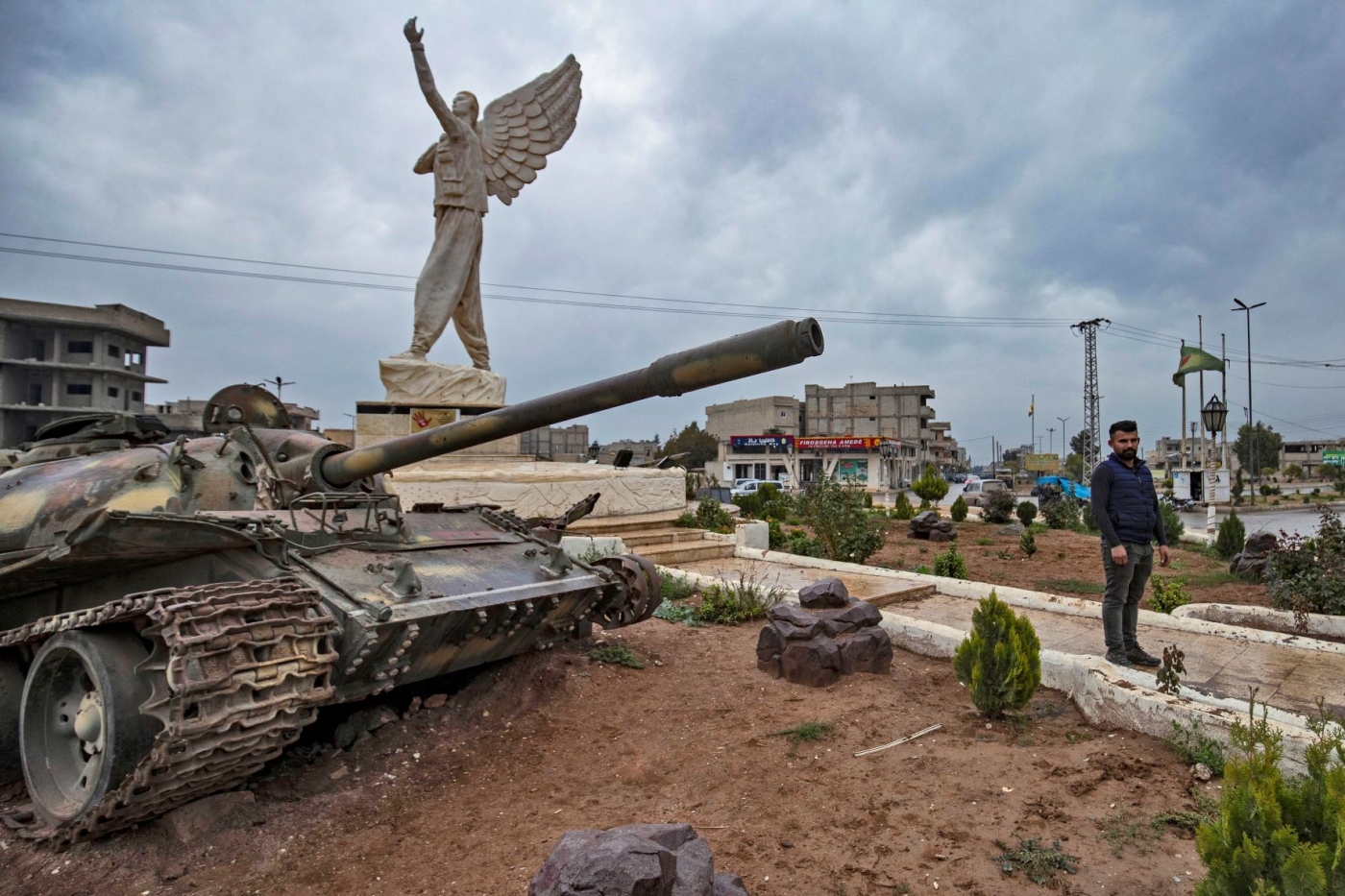 The "Free Woman" square in the Kurdish majority northern Syrian city of Kobane, on 24 November 2022 (AFP)
By
Danny Makki
in
Damascus

Damascus is watching and waiting as Turkey inches towards a ground assault in northeastern Syria following cross-border hostilities between Ankara and Kurdish-led forces in the region.

The Turkish military on Sunday launched an aerial operation aimed at forces linked to the Kurdish-led Peoples Protection Units (YPG), which control much of Syria's northeast. Turkey says the operation is a response to the deadly 13 November Istanbul bombing that Ankara believes was perpetrated by YPG-linked suspects. The YPG has denied involvement.

So far, the air assault, which targeted several sites in northern Syria, including locations in Tal Rifaat and Kobane, has killed dozens of people, including Syrian soldiers, Kurdish fighters, and civilians.

Suspected retaliatory rockets from Syria killed three people in the Turkish district of Karkamis, near a border gate in Gaziantep province, pushing Ankara closer to a ground operation.

Despite the looming incursion and the loss of Syrian troops, the Bashar al-Assad government has been reluctant to threaten retaliation, particularly as its ally Russia seems uninterested in another confrontation as it shifts resources to the war in Ukraine.

However, Damascus would not shy away from defending itself despite being in a tough position, a source in the Syrian foreign ministry told Middle East Eye.

"When it comes to territorial integrity and sovereignty we will stand as one and although Turkey has security concerns of its own, that shouldn’t be used as a pretext to create hostilities and invade lands," the source said, speaking on condition of anonymity.

"We lost soldiers in the Turkish strikes and any government or state would defend themselves - there are limits."

While Turkish President Recep Tayyip Erdogan said earlier this week the recent assault would be limited to aerial attacks, the tone in Ankara has changed since.

On Friday, sources told MEE that Turkish and Russian officials are negotiating a small-scale Turkish military operation in the coming weeks. 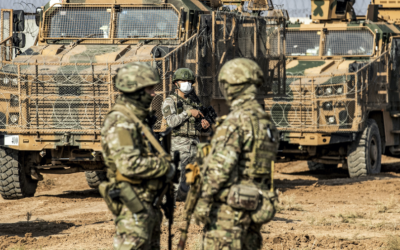 A ground operation risks provoking a clash with Syrian government forces who operate in areas close to those run by the Kurdish forces.

In the first Turkish aerial bombardment on Sunday at least 29 people were killed, including Syrian soldiers, according to military sources speaking to the official state news agency SANA.

The Syrian Observatory for Human Rights, a UK-based activist group that has an extensive network of sources in Syria, said five members of Syria's military have been killed so far.

The official response has largely been muted from Damascus. However, Deputy Foreign Minister Ayman Sousan condemned actions by the "American and Turkish invasions" and said the government will do anything to protect its territories.

"Ensuring security comes not through aggression, attacks, and invasion, but rather through cooperation, and the responsibility for security in neighbouring countries is a joint responsibility," he said in a statement posted on Facebook.

Erdogan had even gone as far as saying that relations could be repaired between himself and Syrian President Bashar al-Assad.

"A meeting with Assad can take place. There is no resentment in politics. Sooner or later, we can take steps" he told reporters at the Turkish parliament earlier this month.

The threat of a land operation in northern Syria, however, could throw a diplomatic spanner in the works.

Russia takes a back seat

Russia’s role has been demoted to an observer due to its presence in the Ukraine war and lack of appetite to confront Turkey, leaving Damascus with a major headache over whether to confront its northern neighbour or stand back.

The foreign ministry source said that Russia had overseen the lines of communication between Damascus and Ankara in the past.

'In a tight area of operations, a security hotline or understanding is crucial between neighboring states'

"It was always important that a security communication was maintained or established at certain junctures with joint interests. In a tight area of operations, a security hotline or understanding is crucial between neighbouring states," the source explained.

The last time Syrians and Russians came to blows with Turkey, in Idlib in 2020, it was a highly-costly incident for all sides, with dozens of Turkish soldiers and hundreds of Syrians being killed before an agreement was formed to create security corridors.

However, Russia's role in the Syrian war has changed since it launched its invasion of Ukraine earlier this year.

Moscow is mired in a deep and expensive war that has led it to divert crucial resources away from Syria, such as the S300 air-defence system.

Russia's priority is to avoid being dragged into complicated clashes in Syria at a time where Turkish neutrality in the Ukraine war remains a strong bargaining chip for Ankara.

Russia's special envoy for Syria, Alexander Lavrentiev, said on Tuesday: "We will call on our Turkish colleagues to show certain restraint in order to prevent an escalation of tension and not only in the northern and northeastern regions of Syria but through the entire country."

He added, however, that the Turkish air operation "was justified by Ankara by the recent terrorist attack in the centre of Istanbul".

The US Department of Defence, which backs and provides support for the Kurdish-led Syrian Democratic Forces (SDF), which is dominated by the YPG, has called for an "immediate de-escalation," and warned that Turkey's air strikes could potentially place embedded US troops in danger.

"This escalation threatens the Global Coalition to Defeat ISIS’s years-long progress to degrade and defeat ISIS," said the department in a statement, using the alternative acronym for the Islamic State group.

"Recent air strikes in Syria directly threatened the safety of US personnel who are working in Syria with local partners to defeat ISIS and maintain custody of more than ten thousand ISIS detainees."

But despite the warnings from Moscow and Washington, Turkey's operation seems imminent, and with Russian troops entangled in Ukraine, a new and uncertain reality in northeastern Syria could be on the horizon. 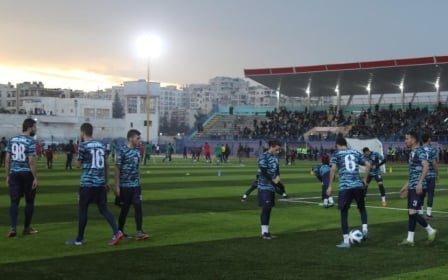 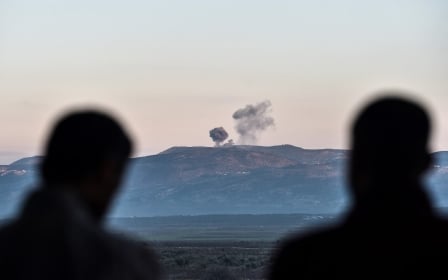 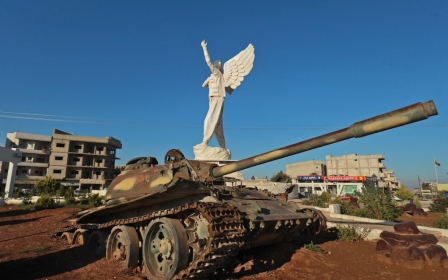