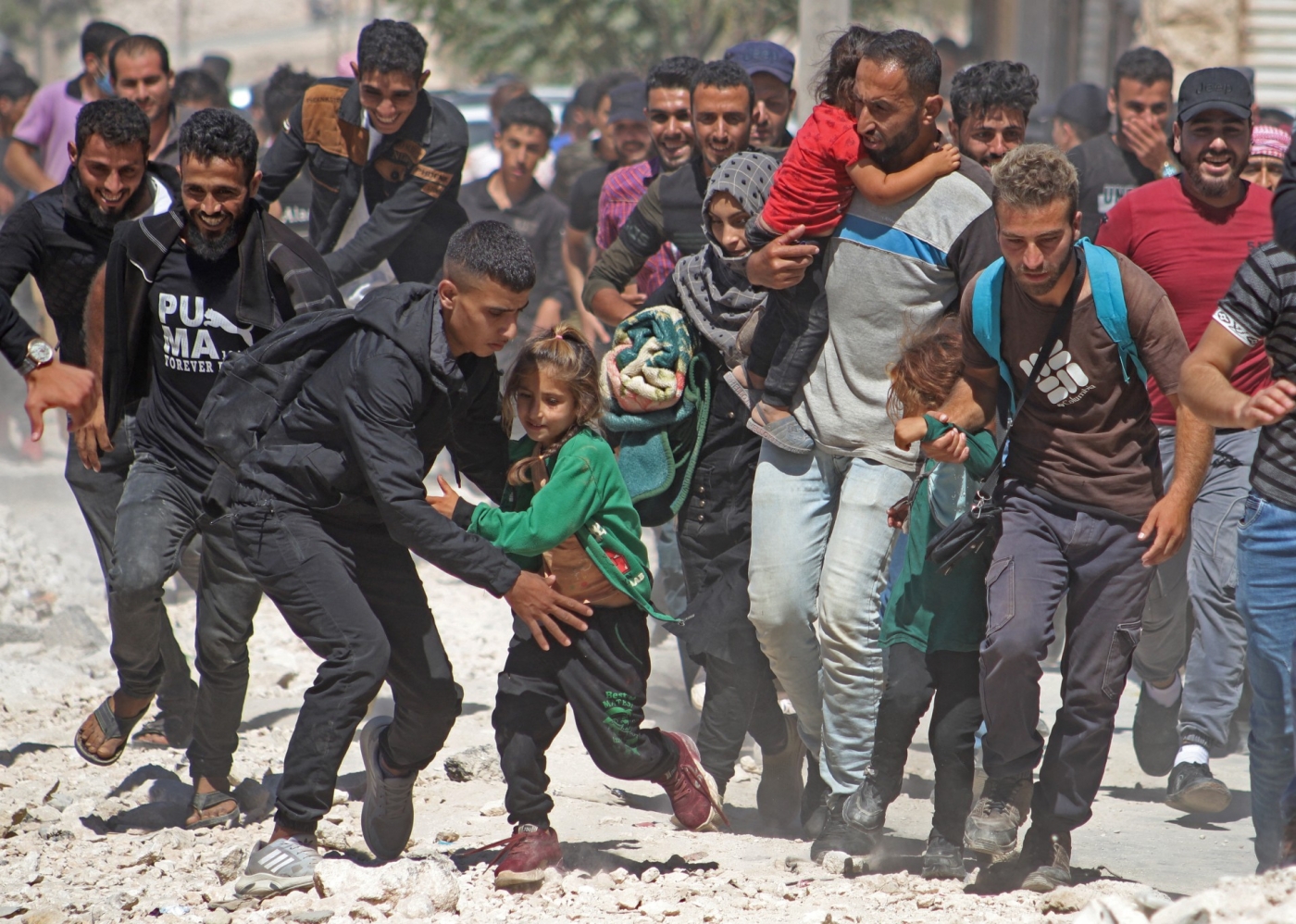 Syrians gather in front of the Bab al-Hawa border crossing with Turkey on 12 September, before being dispersed by members of the Ha'yat Tahrir al-Sham (AFP)
By
Harun al-Aswad
, Yusuf Selman Inanc

Syrians marching towards the Turkish border as part of a “peace caravan” attempting to cross to Europe were attacked by a hardline group belonging to Hay’at Tahrir al-Sham (HTS) in northeastern Syria’s Idlib province on Monday.

Hundreds of Syrians, who were protesting being locked in Syria’s last opposition enclave by strict Turkish border policies, began walking towards the Bab al-Hawa crossing on Thursday morning.

Yet once they reached the border, militants belonging to HTS, a hardline group that used to be al-Qaeda’s Syrian affiliate and now controls the majority of Idlib, detained two protesters and beat several others.

Journalists were prevented from covering the convoy and the crackdown, and at least one photographer’s camera was confiscated.

The protesters eventually gathered less than a kilometre from the border, where some told Middle East Eye they would hold a sit-in until they were allowed to cross from Syria to Europe via Turkey.

“I want to get to Germany, my future and the future of my family there are better. I can no longer live in Idlib, in terms of lack of security and job opportunities," Mohammed Sarhan, a displaced engineer from southern Idlib, told MEE.

“The liberated areas [rebel-held northern Syria] are too narrow for civilians, and we see those who have left being treated as human beings and getting excellent work and salaries in Europe,” he added.

Calls for Syrians to gather on the Turkish border in so-called “peace caravans” began to be circulated on social media around two weeks ago.

In parallel, Syrian refugees in Turkey were urged to gather on the Turkish-Greek border seeking entry to Europe, convoys labelled the “al-Nour Caravan”, or Caravan of Light. The two caravans hoped to convene in Turkey.

Activists in Turkey who promoted the convoy on social media were summoned by authorities, and an opposition figure was arrested after he called on Syrian refugees to perform a week-long general strike.

WhatsApp and Telegram groups organising and promoting the Peace Caravan have hundreds of members and followers.

Despite Turkey’s years-long zero-tolerance border policy, where no more Syrians are allowed to seek asylum after three million refugees settled in the country, admins of the social media groups assured people that Turkish authorities would allow them to pass.

Idlib is home to some four million civilians, half of whom were forced to flee their homes by the Syrian war and refuse to return to Damascus’ rule. In recent weeks, the Turkish and Syrian governments have expressed a willingness to warm ties after relations fell apart when Ankara came out in support of the revolution against President Bashar al-Assad a decade ago.

Despite Turkey wishing an end to its refugee crisis, many issues between Ankara and Damascus mean any rapprochement will be hard-fought. Nonetheless, Syrians in Turkey and opposition-held Syria have been spooked by recent statements.

De-escalation agreements made by Turkey and Assad-backer Russia have cooled the Syrian frontlines since 2019, and Turkish forces are positioned in Idlib. Swathes of neighbouring Aleppo province, meanwhile, are controlled by the Turkish military and its allied Syrian rebel forces.

At least six civilians were killed and about 11 others wounded when four Russian warplanes attacked Idlib on Thursday, according to the Syrian Network for Human Rights (SNHR), a Paris-based activist group.

In its monthly report documenting violations in Syria, the SNHR said 91 civilians were killed in August by warring parties, and about 186 civilians were arrested, most of them by government forces.

Meanwhile, in areas that the Syrian government has retaken from rebels, kidnappings and assassinations of former members of the opposition who reconciled Assad’s authorities are growing, especially in southern Daraa province.

Yet pressure is growing in Turkey to send Syrian refugees back to their country, as popular xenophobia grows. 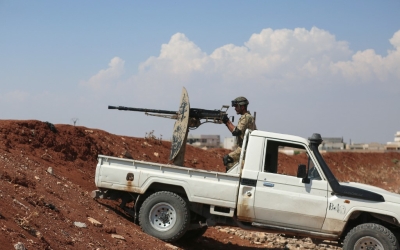 Ahmet Kullu, a 45-year-old shopkeeper in Istanbul, said: “People see Syrians as scapegoats for the economic conditions. Syrians have been here for 10 years but what has changed now? The economy.”

Kullu complained that the Turkish government’s economic policies, in which interest rates are kept low in the belief it will eventually make the economy stronger and more independent, is to blame for surging inflation and everyday struggles. But Syrians are blamed for the situation, he said.

“This is nonsense. If Syrians want to leave, they are free to go. Turkish production will not collapse as some claim. On the contrary, Turks will start working in labour intensive jobs again.”

However, Oguz Suner, a 33-year-old employee in a private company, believes Turkey’s economic malaise would be helped by the exit of Syrian refugees: “We received them as they were fleeing from the war. That is fine. But it has been 10 years. Turkey is not like it was 10 years ago. There is unemployment. Low-income people barely survive. There must be a solution.”

Despite the HTS attack and lack of progress, peace caravan organisers are continuing to call on people to gather near the border and said they were contacting the Turkish authorities to assure them of their peaceful intention.

However, local activists in Idlib suggested that the demonstrations would end soon without any sit-in or results.

“I'm here with my child and I want to go out to Germany, to get out of the difficult situation here. There are no opportunities to live here," Khaled Jadwa, a displaced person from southern Idlib, told MEE.

"There are no job opportunities here or even good schools for our children. Our goal is peaceful, we want to cross safely, and we invite people to gather at the border with us." 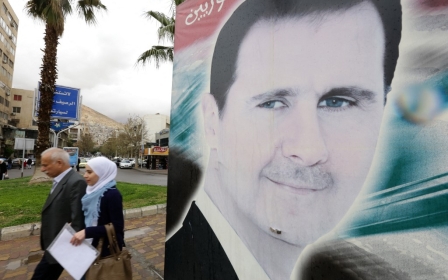 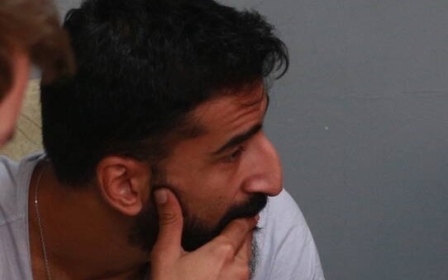