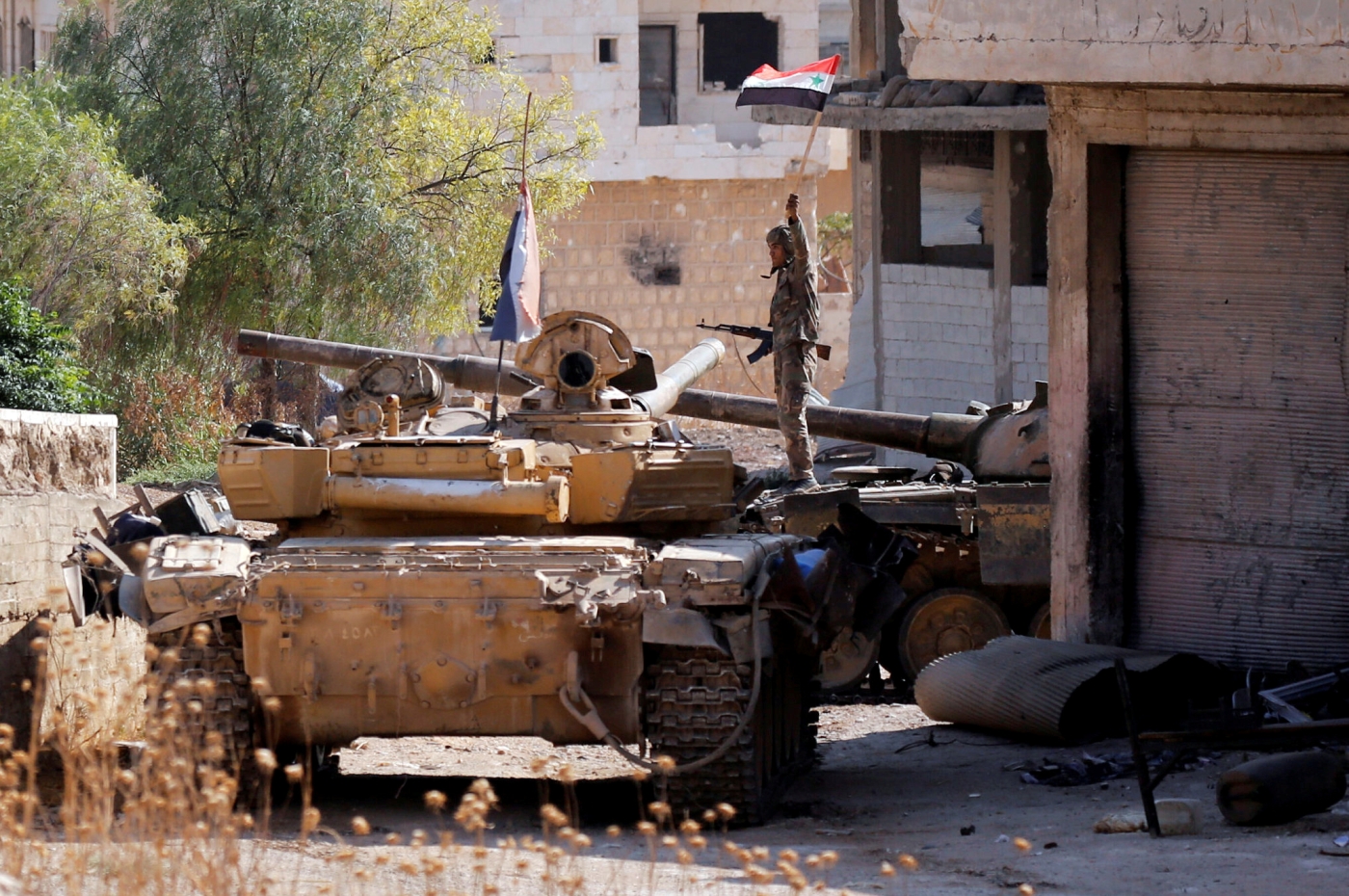 A Syrian army soldier holds a Syrian flag as he stands on a military vehicle in Khan Sheikhoun, Idlib (Reuters)
By
MEE and agencies

The Syrian army said on Saturday its air defences foiled a drone attack by "terrorist" groups on a main military base in northwestern Syria, where a Russian-brokered ceasefire has stopped months of fighting.

The three drones, which were carrying explosives, were shot down on Friday and destroyed without causing any losses, the army said in a statement reported on Syrian state media.

The Idlib region saw a lull in air raids that have been pounding rebel-held territory after Russia's defence ministry announced on 30 August that Syrian forces would unilaterally cease fire in an "de-escalation zone" brokered two year ago.

The Russian defence ministry, which urged insurgent factions to join the truce, has long said that along with its ally they were targeting al-Qaeda-inspired militants and responding to attacks.

Moscow's deployment of more special forces before the ceasefire succeeded in shrinking rebel-held territory after months of stalemate on the front lines, where rebels had earlier been holding back the army from major advances, western intelligence sources said.

Rebels say that, although the heavy air strikes by Russian and Syrian jets have stopped since the ceasefire, heavy shelling on rebel-held villages and towns continues to force thousands of civilians to leave to the safety of areas closer to the Turkish border.

They also say Russian special forces and Iranian-backed militias fighting alongside the Syrian army have breached the ceasefire in recent days by launching several major attempts to storm rebel-held areas that have so far been repelled.

Hundreds of Syrians held anti-government protests in Idlib on Friday.

They waved the three-star flag of the eight-year-old uprising and chanted against President Bashar al-Assad's regime, while some called on rebel backer Turkey to open its borders.

"We only want the Turkish government to open its borders for our brothers who live under the olive trees,"  protester Abu Haytham told AFP, referring to displaced Syrians living in the open air.