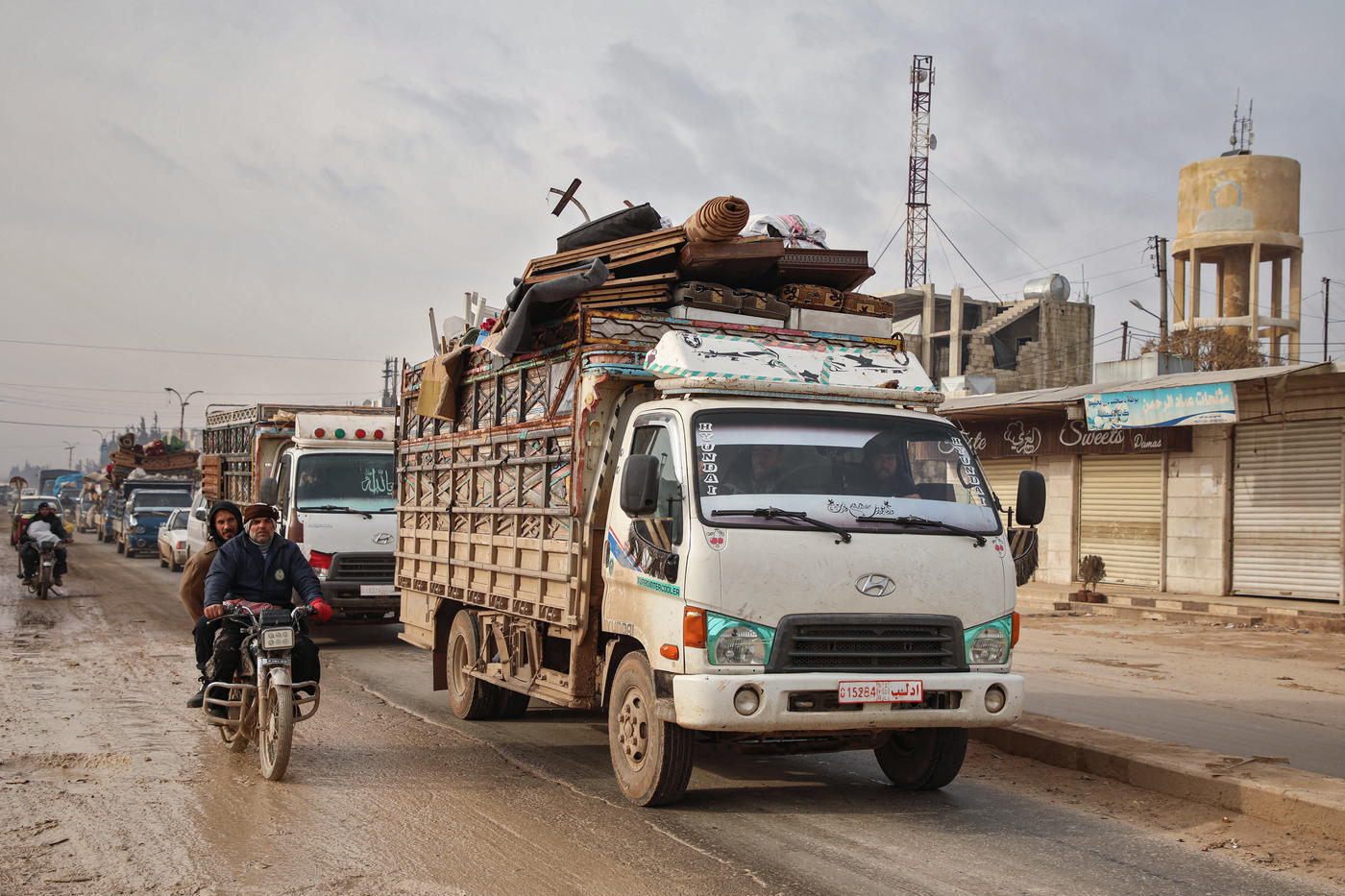 Syrian government forces are set to enter the rebel stronghold of Maaret al-Numan in the last rebel-held territory of Idlib, dealing a blow to opposition forces in the country.

Maaret al-Numan has been deserted after months of bombardment by President Bashar al-Assad's government, leaving the strategic prize open for capture.

The town lies on the M5 highway linking Damascus to Syria's second city Aleppo, a main artery coveted by the government.

It is also the second biggest city in the beleaguered northwestern province of Idlib, the last stronghold of anti-government forces and home to some three million people - half of them displaced by violence in other areas.

Pro-government forces have since Friday seized around 14 towns and villages around the city, reaching its eastern outskirts, the Britain-based Syrian Observatory for Human Rights said on Monday.

They have also cut a section of the M5 highway leading north from Maaret al Numan to Idlib city, according to the Observatory and the pro-government Al-Watan newspaper.

Retaking full control of the highway is essential to the government's efforts to rekindle a moribund economy.

The fighting has forced hundreds of thousands of civilians to flee their homes, with hundreds of vehicles on Monday packing a road leading out of the flashpoint region under heavy bombardment.

Rahman said pro-government forces were now pushing from the west and northwest in a bid to tighten the noose around the opposition holdout.

An AFP correspondent in the region said government forces were also trying to reach the city's southwestern edges to prevent rebels and militants from falling back.

Idlib and the nearby areas of Hama, Aleppo and Latakia provinces are dominated by the Hayat Tahrir al-Sham (HTS) militant group, led by members of the country's former al-Qaeda franchise.

In recent months, Assad's government has chipped away territory under militant control in the four provinces despite several ceasefire agreements.

Assad has repeatedly vowed to reassert control over the whole of Syria.

AFP reported that Maaret al-Numan has become a ghost town, but the Observatory maintained that some civilians have remained in the area despite the escalation.

Fearing further government advances, residents of several towns and villages located north of Maaret al-Numan have started to flee, according to the Observatory.

Pick-up trucks carrying entire families from the town of Saraqib and the Jabal al-Zawiya region packed a road leading north towards the border with Turkey, AFP reported.

The vehicles were crammed with mattresses, clothes and household appliances, many of them belonging to families who had previously fled Maaret al-Numan. Tensions in Syria's Daraa are getting out of hand
Read More »

Despite the heavy movement of civilians, government-ally Russia on Monday pounded areas around the key exit route, killing two civilians, the Observatory said.

Plumes of white smoke were visible to motorists trapped in the congestion on the highway, an AFP correspondent said.

"We are heading towards the unknown," one elderly woman with three little children sitting beside her in a pick-up truck told the news agency.

Maaret al-Numan was an early hub of support for what started as demonstrations against Assad's rule in 2011.

Assad's forces, which are also battling HTS militants in western Aleppo province, are backed on both fronts by Syrian and Russian air strikes.

Since 1 December, some 358,000 Syrians have been displaced from their homes in Idlib, the vast majority of them women and children, according to the United Nations.

The UN says an additional 38,000 people fled violence in neighbouring western Aleppo between 15 and 19 January.

A ceasefire announced by Moscow earlier this month was supposed to protect Idlib from further attacks, but it never took hold.

Aid agencies and relief groups have warned that further violence could fuel what may potentially become the largest wave of displacement seen during Syria's nine-year-old civil war.

Syrian government forces now control around 70 percent of the country. Syria War
Tensions in Syria's Daraa are getting out of hand