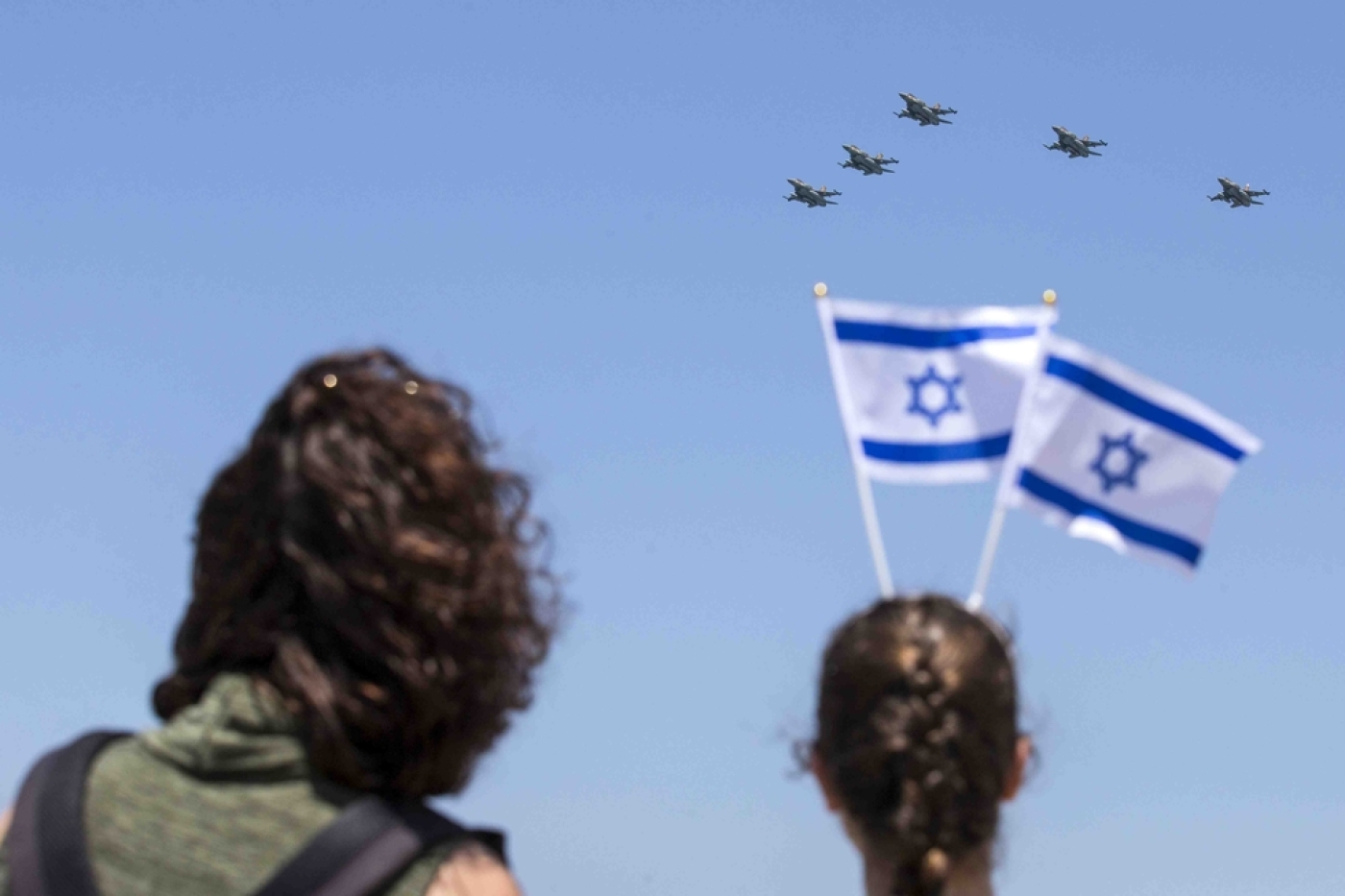 Israel on Tuesday denied a Syrian government claim that it shot down two Israeli aircraft, in what, would be the first clash of its kind in five years of civil war if confirmed.

A statement issued by the Syrian Defence Ministry on Tuesday morning said an Israeli warplane and a drone were shot down after they carried out a bombing raid on a Syrian army position in the south-western city of Quneitra.

"Our air defences blocked the attack and shot down the military aircraft in [the southern province of] Quneitra," said a statement carried by state news agency SANA.

It added that a drone had also been brought down in the province of Damascus and it accused Israeli forces of supporting "armed terrorist groups" in the country's south.

The Israeli army subsequently denied the claims but confirmed that its aircraft had been fired at.

“Two surface-to-air missiles were launched from Syria after the mission overnight to target Syrian artillery positions,” an Israeli army statement said, according to the Times of Israel.

“At no point was the safety of IDF (Israeli army) aircraft compromised. Nothing [is] true about what they claim," it added.

The incident highlights the ongoing tensions in the strategically key Golan Heights, parts of which were occupied by Israel in the 1967 war with neighbouring Arab countries and later annexed by Israel.

Michael Stephens, an analyst with the Royal United Services Institute, was sceptical about the Syrian claims, saying "they couldn't do it even if they wanted to".

"The Russians and the Israelis came to an agreement on airspace over Syria, and so the only equipment that could shoot down an Israeli plane isn't in play," he said.

Syrian President Bashar al-Assad “can claim what he likes but it is bluster that won't be taken very seriously by the Israelis."

No one was injured and nothing was damaged by the fire.

At this point, Nusra Front knows IDF will strike Syrian army for all spillover. They could take advantage of Israel in this way.

Israel has regularly bombed Syrian territory during the course of its long civil war and on Saturday, Israeli jets again bombed Syrian positions after fighting in Syria once more spilled towards the Israeli border.

The claims from Damascus came hours after the Israeli army announced that it had struck Syrian government targets in the Golan Heights after a stray mortar bomb was fired towards Israel during fighting between factions on the Syrian side of the border.

There were no casualties in Israel from the mortar, but the situation in the Golan Heights remains tense. A spokesperson for the Israeli army said Tuesday's bombing was the fourth such incident since 4 September.

However, Israel’s central concern in southern Syria is not the rebel groups but government forces and their allies, including Israel's long-time foe the Lebanese Hezbollah militia.

Since 2013, Israeli security sources say, there have been at least 15 attacks on Israel from Syria – typically mortars launched or bombs placed near the border force.

All of the attacks have been carried out by government proxy forces including the local Druze population, which is concentrated near the Israeli border. The Druze have accused Israel of supporting rebel groups battling to overthrow Assad, who has repeatedly presented himself as a guardian of Syria’s various minority groups and sects.

The possibility of Hezbollah and Iranian forces moving further south into the Syrian side of the Golan Heights has raised alarm among Israeli leaders that they could have a dangerous enemy on their doorstep.

Israeli security sources said they have “a shaky balance of deterrence” with Hezbollah and that they fear the militia would want to consolidate its position in the strategically important Golan for use as a launch-pad for future attacks against Israel.

In an attempt to bolster Syrian opposition to Assad, including some moderate factions as well as former al-Qaeda affiliate Fateh al-Sham, Israel has provided limited assistance to fighters in the south and at least 3,000 injured opposition fighters have received treatment in Israel.