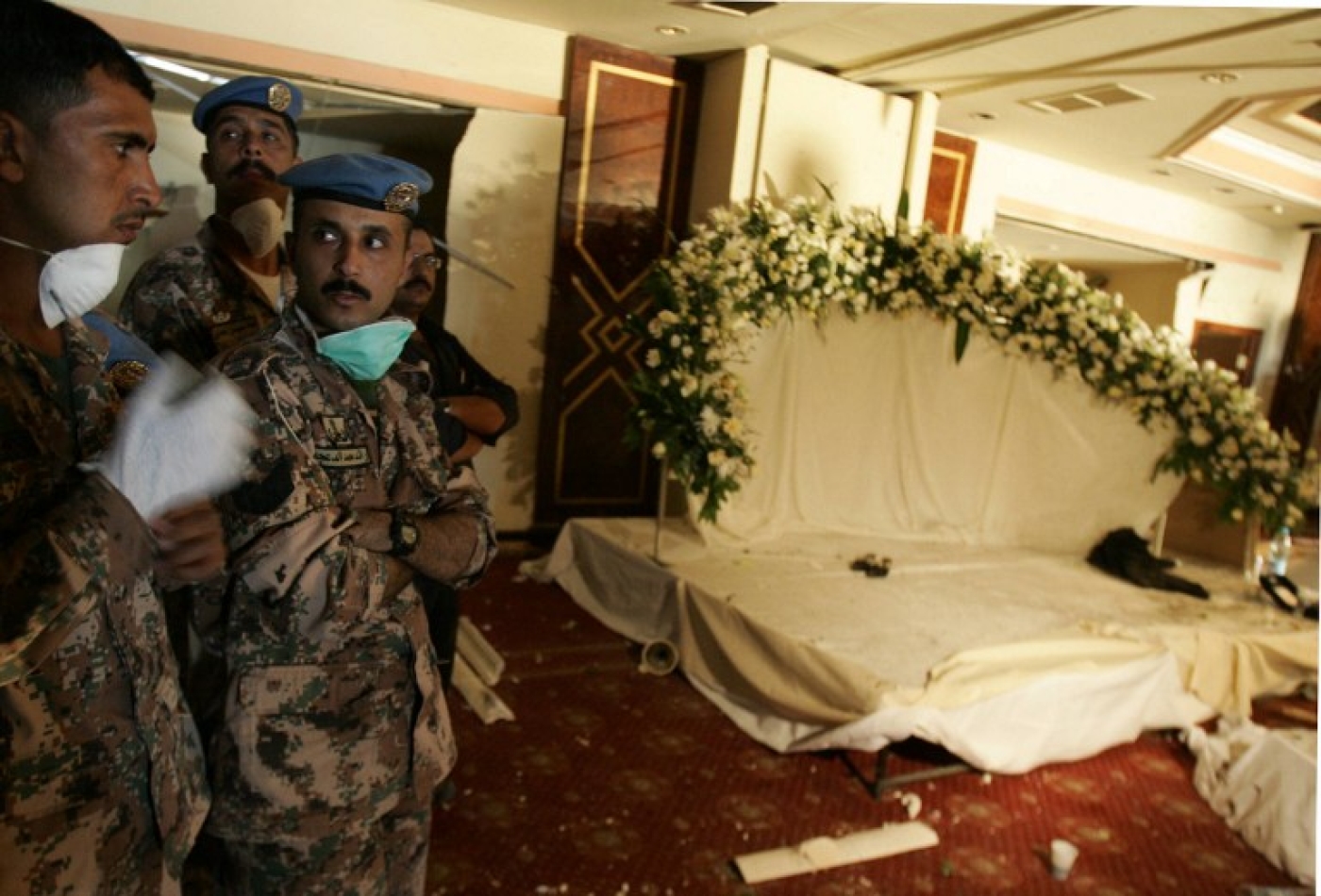 Jordanian security forces at the damaged Radisson SAS hotel in Amman, the day after it was attacked in November 2005 (AFP)
By
Dania Akkad

The Syrian government and its military intelligence supported al-Qaeda's suicide bombings of hotels in the Jordanian capital Amman in 2005, a US federal court has ruled.

The court ruled that the state and its spies provided “crucial material support” that allowed four al-Qaeda in Iraq operatives to kill 57 people and wound 110 in near-simultaneous attacks on three hotels. The support included training, finances and safe passage, according to court documents.

The US court also ruled that Syria aided the rise of al-Qaeda in Iraq, and that “without Syria, there would not have been a developed foreign fighter transit pipeline and an advanced funding network underwriting terrorist operations in Iraq, Jordan and elsewhere throughout the region".

“Syrian support for this network led to the deaths of hundreds of Americans in Iraq and bolstered a terrorist network that killed dozens of Jordanians on 9 November 2005.”

Al-Qaeda in Iraq was the forerunner to the Islamic State group, which the Syrian government now describes as "terrorist", and was at the time of the Amman bombings controlled by the Jordanian, Abu Musab Zarqawi.

The US court statement came last week when US District Court Judge Beryl Howell ruled that the Syrian government and military intelligence owed $347mn to the families of two American victims who brought the lawsuit.

Under US law, states are considered to be liable for the acts of those they sponsor, whether or not they ordered a specific attack.

“There is broad and deep evidence of senior Syrian officials supporting and sponsoring al-Qaeda in Iraq and Zarqawi,” said FR Jenkins, a Portland based lawyer acting on behalf of the families. “This was coming from the highest levels in the regime.”

He said his evidence was based on information provided by US intelligence sources.

While analysts say Syrian support for al-Qaeda in Iraq has been well-documented, the ruling should raise questions around the narrative that the West must either choose between the government of Bashar al-Assad or IS in efforts to end the Syrian civil war.

"You can say to people who are now saying, especially in the West, 'As bad as Assad is, at least he's not killing us'," said Kyle Orton, a Middle East analyst and associate fellow at the London-based Henry Jackson Society. "You can say, the thing is, he actually is."

"The reality is that IS wouldn't really be there without him. If you choose the side of Assad and Iran, you get IS too."

The Syrian government did not respond to multiple requests for comment from MEE.

On the night of the Amman attacks, one of the victims, nine-year-old Lina Mansoor Thuneibat, was sitting at a table at her first cousin’s wedding when two suicide bombers entered the Radisson SAS hotel ballroom.

One of the men jumped on the table and detonated a suicide belt, killing Lina and 35 others, according to court documents.

The second victim, 39-year-old Mousab Ahmad Khorma, a deputy chairman of the Cairo Amman Bank, was waiting for friends in the lobby of the Grand Hyatt hotel. A bomber entered the hotel and set off his explosive belt, killing Khorma and 10 others.

Khorma’s mother, Samira, ran on to the street after the attacks to go to the hospital where her son had been taken and was in such shock that she didn't realise when she was hit by a car, according to the documents.

The rise of Zarqawi

Zarqawi, a one-time video store clerk from an influential Jordanian tribe, had long been involved in militant movements and attacks.

He travelled to Afghanistan in the late 1980s to fight the Soviet occupation, before returning home to focus on overthrowing the Jordanian monarchy.

Zarqawi in 1999 planned a foiled attack on one of the hotels in Amman that his operatives would later strike in 2005.

In 2002, he was involved in the shooting in Amman of US international development executive officer Laurence Foley. According to court documents, Foley’s killers trained at a Syrian military barracks under the supervision of Syrian soldiers.

Zarqawi travelled to Iraq after the downfall of Saddam Hussein to fight the US occupation and the new Shia-dominated government in Baghdad, and eventually became leader of al-Qaeda in Iraq in 2004.

However, his attacks in Iraq against fellow Muslims were eventually condemned even by al-Qaeda's core leadership for their extreme nature.

The Syrian government and several key officials, according to court documents, were instrumental in Zarqawi’s operations in Iraq.

The court documents say Syria became a “key base” for Zarqawi and his deputies. The documents name Fawzi Mutlaz al-Rawi, the leader of the Iraqi wing of the Syrian Baath Party, as a financier of Zarqawi who also helped smuggle fighters into Iraq.

Rawi, say the documents, was financially supported by the Syrian government and had close ties to Syrian intelligence.

A second Syrian, according to court documents which cite the confession of a captured militant, Suleiman Khaled Darwish - known as Abu Ghadiyyeh - also arranged for the fighters' passage from Syria to Iraq and was known to the Syrian government.

The US made repeated appeals to the Syrian government "to hand over, capture or kill" Abu Ghaddiyyeh before US commandos crossed into eastern Syria and killed him in October 2008.

Orton, the Henry Jackson fellow, said that the Syrian government would have been motivated by several factors to support al-Qaeda in Iraq during this time period, including keeping the US tied down in Iraq.

Jenkins, the lawyer in the US case, said he was confident he would be able to gain the compensation for his clients.

He said he hoped his clients would be able to access the US Victims of State Sponsored Terrorism Fund, passed by Congress last year using money from a $9bn fine imposed on French bank BNP Paribas for violating US federal sanctions by laundering money from Iran and Sudan.

Beyond financial reward, however, Jenkins said the case was intended to “punish and deter Syria and others from this kind of state-sponsored terrorism” and had the potential to be used as an important legal precedent in any future state-sponsorship cases involving Syria.

Orton, however, has his doubts. "The Syrian government doesn't care about the law of any kind," he said. "It won't deter them." 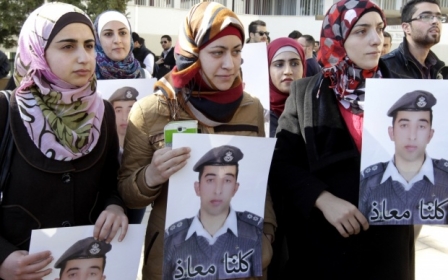 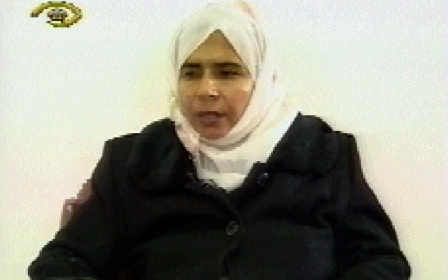 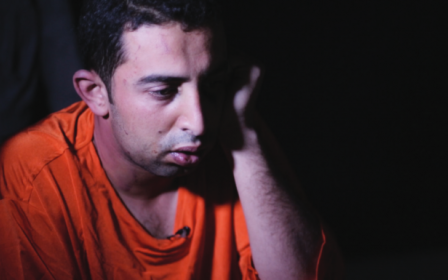