Meanwhile, Syrian army has stepped up attacks in northwestern Syria in offensive that one ambassador says could be "a new Aleppo" 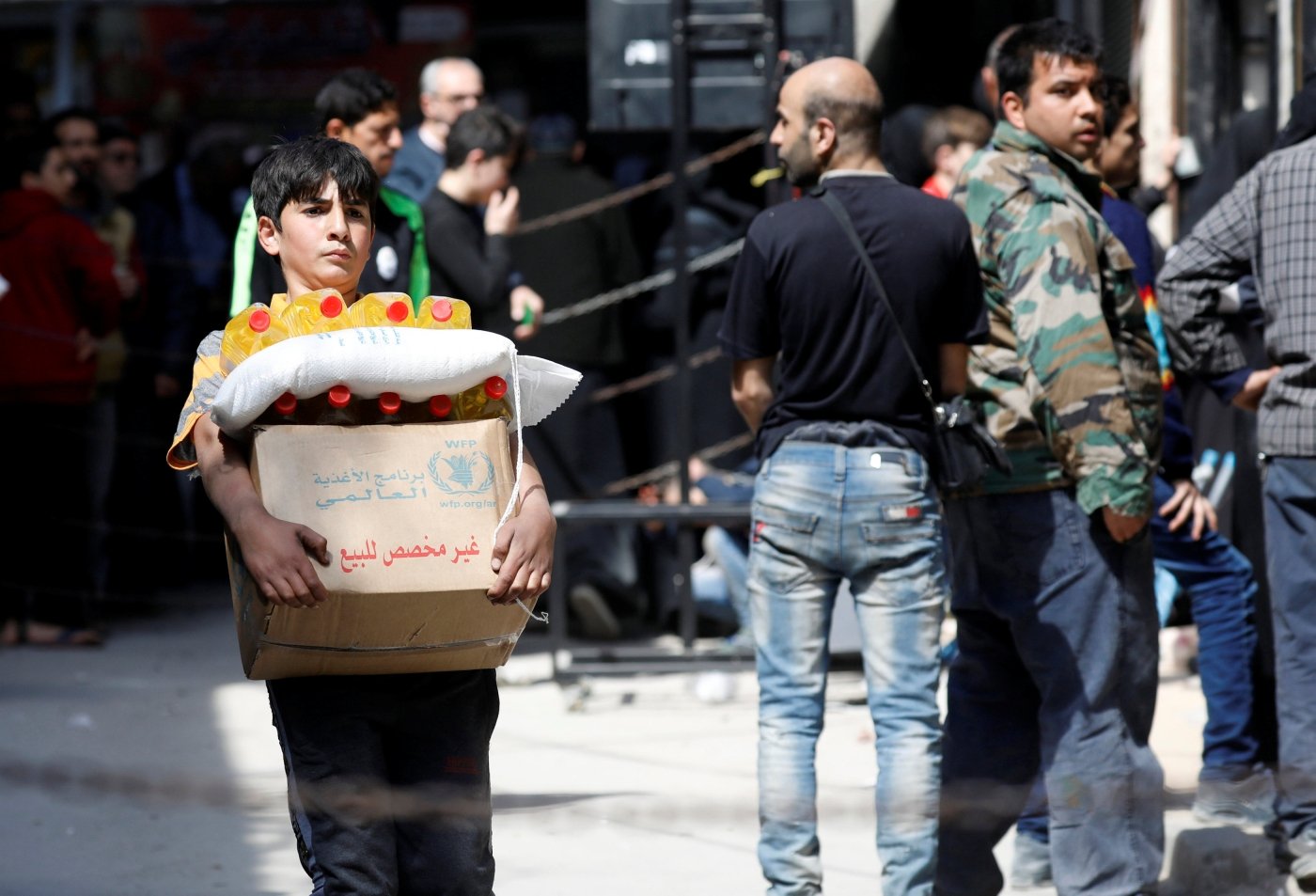 The recent announcement that several aid organisations have suspended operations in parts of Syria's embattled Idlib region has left Syrians in the area dismayed, amid an escalating bombardment by Russian-backed government forces that has kill scores of civilians and displaced thousands in recent weeks.

UN-linked aid groups "should be ashamed of themselves" for leaving at a time of heightened violence, Syrian civilians told Middle East Eye, adding that they saw the decision as the latest sign of the international community’s failure to help Syrians.

According to UN Office for the Coordination of Humanitarian Affairs (OCHA), Syrian government air strikes and shelling on the region have killed five humanitarian workers, including two health professionals, in recent weeks, as the Syrian army pushes into the remaining pockets of opposition-held territory.

Up to 120 civilians have also reportedly been killed since 29 April.

“As of 8 May, at least 16 humanitarian partners have suspended their operations in areas impacted by conflict,” an OCHA statement read on Friday.

“Many humanitarian responders have been forced to suspend their activities in the conflict area. Some organisations suspended activities as their premises were damaged, destroyed or rendered unsafe by the violence”, OCHA added, describing the impact of the recent escalation on civilians as “deeply worrying”.

According to AFP, the World Food Programme said it has suspended "deliveries to about 47,000 people in towns and villages... (that) have come under bombardment".

“Shame on the UN for taking this decision,” Khalil al-Saayid, a 32-year-old resident of Marrat al-Numan, told MEE on Saturday. “They didn’t succeed in stopping the attacks against us, and now they’re suspending relief and aid to make our suffering and our despair increase even more.” Saayid works in a local school closed because of the attacks. Civilian infrastructure has been repeatedly hit, with at least 16 schools reportedly damaged or destroyed as a result of air strikes or shelling since the end of April. 15 health facilities have also reportedly been hit in recent weeks.

The fighting has resulted in the cancellation of final exams for the academic year in schools across the region, including in Marrat al-Numan, affecting some 400,000 students.

“Why won’t they force [Syrian President Bashar al-]Assad and Russia to stop targeting us and let us live our lives, work and earn a living, so we don’t need their aid?” Saayid asked.

On the verge of 'catastrophe'

Humanitarian aid has become a fact of life for Syrians, millions of whom have been internally displaced by an eight-year-long war.

Some 1.3m are thought to be displaced within the Idlib province - the only region of Syria still dominated by opposition groups - along with adjacent parts of the Aleppo and Hama provinces.

A full-scale offensive to take back the opposition-held territory has so far been avoided because of a September deal between between Damascus-ally Russia and Turkey who backs rebel groups.

But facts on the ground changed at the start of the year when Hayat Tahrir al-Sham, dominated by militants from al-Qaeda’s former Syrian branch took full control of the region, triggering a heavy response from Assad forces backed by Russia.

In recent weeks, the Syrian army backed by Russian airpower, has stepped up its attacks against villages and towns that fall within the zone in northern Hama and southern Idlib, taking the strategic town of Qalaat al-Madiq on Thursday, according to the Syrian Observatory for Human Rights.

On Saturday, Turkish Defence Minister Hulusi Akar called on pro-Assad forces to return to the territories agreed in the September deal, adding that the humanitarian situation was on the verge of a “catastrophe”.

Meanwhile, French ambassador to the UN Francois Delattre said on Friday that "a new Aleppo must at all cost be prevented in Idlib," ahead of a closed UN Security Council meeting - referring to the heavy humanitarian toll of the Assad takeover of Aleppo in 2016.

Since the end of April, fighting has uprooted 180,000 in northwestern Syria, forcing them towards areas with congested camps at full or excess capacity, putting additional strain on services.

Farah Sarmene, a 29-year-old displaced mother who arrived in Atma in Idlib province earlier this month, told MEE she was now “desperate” to feed her children.

“I am frustrated, desperate, and had no support but some tinned food and small portions of bread for my three children every two days. Where is the aid? I do not see anything,” she said.

“If we don’t die by the bombs they have allowed Russia to drop on us, do they want us to starve and die out of hunger or disease?” she added.

Murad Kharar, a 28-year-old civilian who left his home in Marrat al-Numan because of the bombardment, questioned the effectiveness of existing aid efforts and criticised Muslim-majority countries for not doing more.

“There is no aid already for all of us here, I don’t know if they call some loaves of bread and water relief," he told MEE. "They should be ashamed of themselves for leaving thousands of families in despair. My biggest disappointment is from the Islamic countries who've neglected us and left us in limbo.”

Referring to the ongoing Muslim holiday of Ramadan, he added: “May God help us in this holy month.” 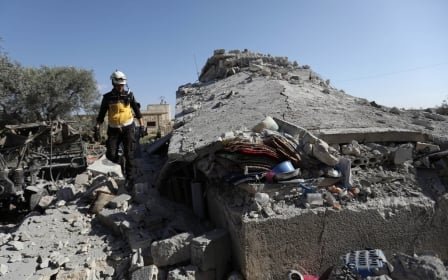