The volunteer rescuers have been put forward to the Nobel Committee after saving more than 60,000 people in two years of war 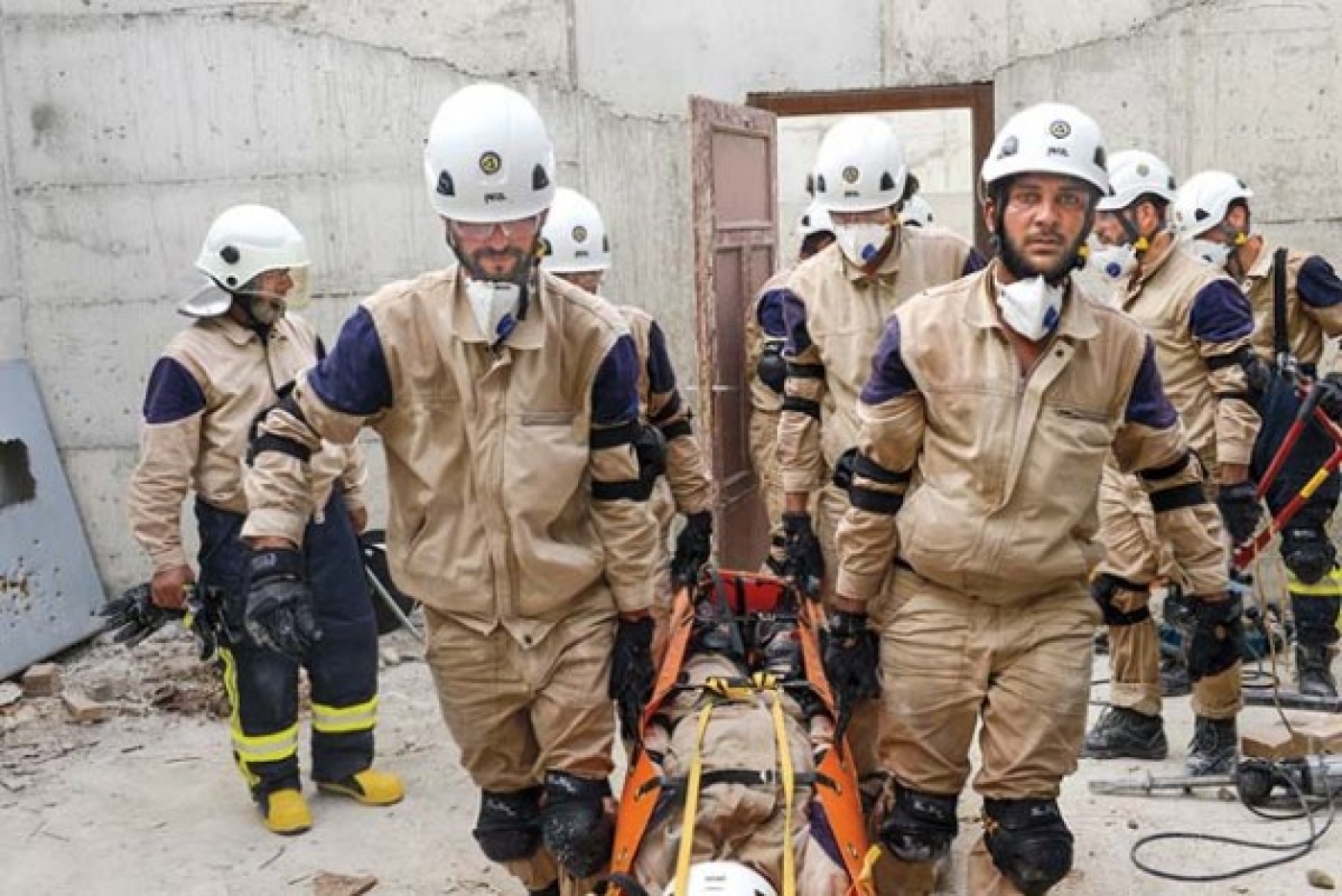 A non-partisan humanitarian group, credited with saving thousands of civilians across Syria amid regular air and missile strikes, has been nominated for this year's Nobel Peace Prize.

The Syrian Civil Defence Force (SCDF), famously known as the White Helmets, rose to prominence after stories about its rescue missions, particularly in besieged enclaves such as Aleppo, went viral on social media.

The force is reported to have had more than 130 nominations submitted to the Norwegian Nobel Committee from a range of "qualified persons". Those eligible to nominate include individual members of governments or international courts, certain university professors, former peace laureates and active or former members of the Nobel Committee.

Though the nominations' process is highly secretive, the Nobel Foundation says there are a record 376 candidates for this year's prize, of which 228 are individuals and 148 are organisations. The previous record of 278 candidates was set in 2014.

The Syria Campaign, an international human rights group lobbying for the protection of civilians in Syria's five-year-long civil war, has backed calls for the White Helmets to win the prize. The committee's choice will be announced on 7 October.

Members of the SCDF are renowned and respected for entering active warzones to dig out those trapped under rubble as a result of barrel bombs and other indiscriminate weapons used in densely populated areas. Earlier this month, the White Helmets were on the frontline in Aleppo helping victims of an alleged chlorine attack by the government of Bashar al-Assad.

Describing itself as "unarmed and neutral," the SCDF was formed in 2014 from various search and rescue groups and has more than 3,000 volunteers operating in predominantly rebel-held areas facing attack. Since it began operations, more than 134 of its volunteers have been killed, according to Ammar Aosalmo, a senior member of the SCDF in Aleppo.

The White Helmets have come under severe pressure recently with many rebel enclaves facing heavy bombardment by the Syrian government and the Russian air force as fighting intensified around strategic points.

The White Helmets were one of four organisations to receive millions of pounds in public donations from the memorial fund set up in memory of Jo Cox, a British MP who was murdered outside a meeting in her Yorkshire constituency. Cox had chaired the Friends of Syria parliamentary group and campaigned vigorously for the British government to support aid drops and accept more refugees from Syria.

In an exclusive interview with Middle East Eye, Raed Saleh who founded the SCDF, said it works by honouring the verse from the Quran which says: "If you save a life, it's like saving the whole of humanity."

Saleh also spoke about the escalation in violence in rebel-held areas after Russia entered the war in September 2015. He said many of the casualties they come across are victims of a "double tap" tactic, which involves blasting a location once, then leaving a 15-minute interval for rescuers to arrive before hitting it again.

The Nobel Peace Prize is one of five awards created by the Swedish industrialist and arms manufacturer, Alfred Nobel. He founded the prizes using wealth derived from the invention of dynamite and Ballistite,