Islamic State have been defeated in the city, but many Sunni residents fear Shia fighters want them to leave 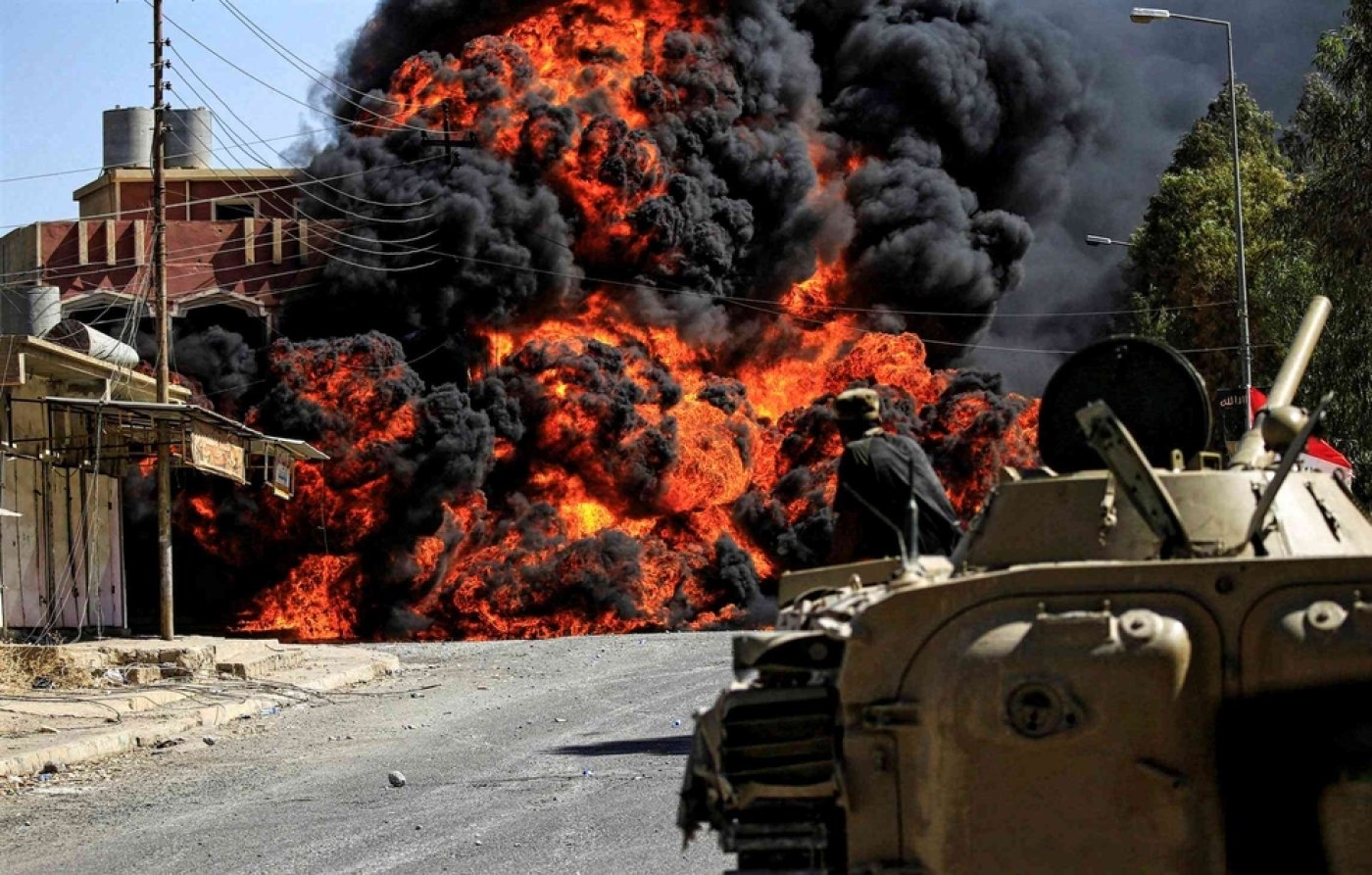 TAL AFAR, Iraq - Once home to 200,000 people, Tal Afar sits amid the light-brown plains of northwest Iraq’s desert dust. To the east is Mosul, the former capital of Islamic State (IS). To the west is Sinjar, then Syria.

The city fell to Islamic State in 2014. Now it is a ghost town, after the group was finally driven out in August.

One- and two-storey buildings, clumped around the historic citadel, lie largely empty. Instead, Iraqi military units and Iranian-backed Shia fighting groups such as Hashd al-Shaabi, which largely hail from southern Iraq, roam the streets.

Apart from the wrecked buildings left behind after the battle, it’s as though the IS fighters - indeed, the city’s original inhabitants - were never there to begin with.

But with the city deserted and largely under Hashd control, it remains to be seen whether the original inhabitants will ever return – or be allowed to.

'They are burning Sunni homes'

Many former residents are not hopeful. Bassam Abdullah, 38, and his family fled Tal Afar ahead of the military operations and now live in Mosul.

His cousin, a municipal worker in Tal Afar who had fled two years earlier, was ordered by the authorities to return to the municipal offices, Abdullah says, and reopen them.

After four to five days in the city, Abdullah’s cousin told him: “The Hashd are burning some houses. They are burning Sunni homes. The Shia houses they leave alone.”

Abdullah says his cousin told him many houses in the city have been looted - houses which he believes belonged to Sunnis. “Tal Afar is now for the Shia. I have a little land in there. I think the [Hashd] authorities will oblige me to sell it to them.”

Sectarianism is no stranger to Tal Afar. It suffered extreme sectarian violence following the American-led occupation of Iraq, pitting Sunni and Shia Turkmen against each other.

The discontent was heavily exploited by al-Qaeda in Iraq, the organisation that rose to prominence after the American occupation of Iraq, and which eventually became the Islamic State.

It used the nearby Syrian border to slip into the city, recruiting from the disaffected Sunni Turkmen residents.

And while tensions lessened markedly after 2009, those cleavages in the population still existed and were exploited by IS when it swept in from Syria five years later.

The occupied city had been on the precipice of falling since it was surrounded in late 2016 by the Hashd al-Shaabi.

Sectarianism is no stranger to Tal Afar. It suffered extreme sectarian violence following the American-led occupation of Iraq, pitting Sunni and Shia Turkmen against each other

By then it had mostly emptied of its population, a mix of Sunni and Shia Turkmen, who speak a language similar to Turkish. In 2008, it was estimated by the Strategic Studies Institute that 75 percent of them were Sunni, the remainder Shia. US-led coalition aircraft hit the city daily with air strikes, while supply routes with IS-held parts of Syria were cut.

The International Organisation for Migration estimated in August 2017 that 10,000 to 40,000 people remained trapped in Tal Afar.

According to Marwan al-Jumaili, the vice-president of the Arab Centre for Human Rights and a journalist at Akhbar Al Khaleej, most of those who remained were Sunni who did not have relatives among the police or army, as well as IS fighters.

When Iraqi military and paramilitary forces moved in late last month, the battle against IS was surprisingly quick compared with the fall of Mosul, the group’s capital. It left many asking: what had happened to IS’s brutal fighting spirit?

The speed of defeat

Abdulaal Abbas, who has been mayor of Tal Afar district since 2009, is one of the few officials who still remains. He says he wasn’t surprised by the speed of the defeat.

“Half of Tal Afar’s population fled when IS first came,” he says. “Those were the Shia. Once IS’s capital [Mosul] was taken, they lost their morale. Also, the Hashd al-Shaabi moved in, and IS was afraid of them.”

He points to a slew of social media postings allegedly showing Islamic State members in Tal Afar surrendering themselves by the hundreds to Kurdish Peshmerga fighters just beyond the fringes of the battle zone.

How many gave themselves up?

“I don’t have the exact numbers,” he says.

Lieutenant Colonel Abdul Amir Muhammedawi is the spokesman for Iraq’s elite rapid response unit, which took part in the fight for Tal Afar. He says the reasons for IS’s quick collapse were manifold.

“The forces allied against IS were huge,” he says. “You had the counter-terrorism unit, the federal police, the rapid response, the Iraqi army, and the Hashd.

“Besides, IS knew that their fate would be like that of their comrades in the Old City of Mosul, who were better equipped and more numerous,” a reference to the grisly end met by IS fighters in their former capital, where those killed were left to rot amid the rubble.

Hashd al-Shaabi, as well as Iraqi regular military units, have been repeatedly documented to have committed crimes against Sunni populations in cities retaken from IS, most recently in Mosul.

But Muhammedawi dismisses the idea that this will happen to Tal Afar’s Sunni residents, should they return. Most have settled in camps in the vicinity of Mosul, or in Iraq’s Kurdistan Regional Government area.

“In Mosul there were individual acts of violence and killing of accused [IS members], but all those responsible for such acts are judged before the law. Most are in prison,” he says.

He is confident that families will be allowed to return once Tal Afar is cleared of mines and IEDs.

But beyond officials, military and paramilitary forces, other Iraqis are more concerned. For his part, Jumaili sees a troubled future.

“Iran considers Tal Afar a strategic city that must be cleansed of its Sunni [population], whether those are Turkmen, Arabs, or Kurds,” he says, in reference to reports of the forced displacement of Sunni Arabs by the Hashd. 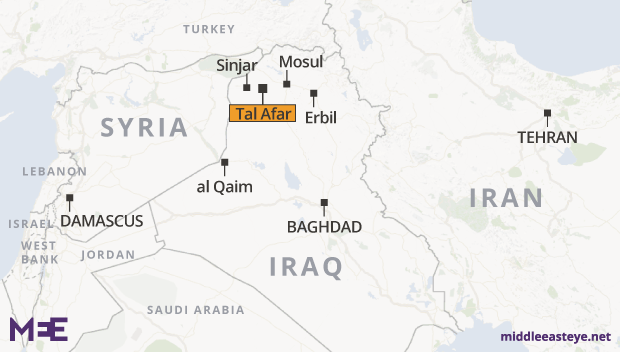 He says the city sits on the shortest and most secure land route for Iran to connect with President Bashar al-Assad, Tehran’s ally in Syria. Hashd groups in the area will not allow its Sunni inhabitants to return: instead, he says, they will use the pretext of creating a security buffer zone to combat the return of IS.

And if the Hashd can create a completely Shia Tal Afar? Then the local population will be more accepting of Iranian influence in the area.

Amr al-Halbousi, an independent journalist who frequently works for the Iraqi outlet Yaqein Net in Iraq’s Anbar province, goes further. He says that sources inside the Hashd al-Shaabi tell him that Iran wants to control Tal Afar’s military airport, from which it hopes to moves militias to Syria.

'Iran considers Tal Afar a strategic city that must be cleansed of its Sunni [population], whether those are Turkmen, Arabs, or Kurds'

“At the moment civilian planes are being used to transport militias from Baghdad and Najaf airports to the Damascus airport,” he says. The two primary groups on the flights are Saraya al-Khorasani, and Kataeb Ahl al-Haqq, he adds.

But Mohenned al-Ghezzi, a journalist with al-Monitor, disagrees on the extent of Iranian influence. He says the Hashd that are under Iranian control, including Asa’ib Ahl Al Haq and Kata’ib Hezbollah, have not entered the city centre and instead remain on its fringes.

“If you look now at a map of an Iranian route to Syria through Tal Afar, it’s very long, it doesn’t always go through friendly territory, and the other side [of the border] is not under Syrian regime control.”

He said that when the operation to take the town of al Qaim to the south got under way, then the border would open up. Hashd used the crossing before the IS arrival.

Regardless of Iran's plans, one thing seems less deniable: the acts of retribution visited on the Sunnis.

Jumaili rattles off a list of alleged crimes against Tal Afar’s inhabitants by security forces, including the execution of four young Sunni men by Hashd al-Shaabi last month. “On 26 August, Hashd militia executed 20 youth. One of them was disabled.”

Halbousi disagrees with the assertion that Tal Afar fell so quickly due to the military’s overwhelming strength and IS’s waning morale. “There was an agreement between IS and the Hashd to withdraw to Syria. It was a situation of peaceful surrender,” he says.

He says local estimates put the number of IS in Tal Afar at 1,000 to 1,500. "Why didn’t we see them? Why did the battle last only a few days? They fled to caves and riverbeds in the desert [west of] Mosul. The others likely fled to Syria.”

This, he says, was because military and Hashd units wanted to avoid the devastation that befell Mosul, and keep the city intact so Shia residents could return.

But the Iraqi military and Hashd al-Shaabi units are in control of the city, which has the atmosphere of an occupied territory. “When Shia militias come and raise Shia religious slogans over the [mainly Sunni] Farouq mosque, it’s a big message saying these mosques belong to them. It’s a huge provocation, telling the Sunni families not to return, because their home is occupied.

“The solution is that all militias from outside Tal Afar are sent back. We need to create a new brigade under a national - not sectarian - flag with all of Iraq’s groups in it. And the brigade needs to be under international supervision.” 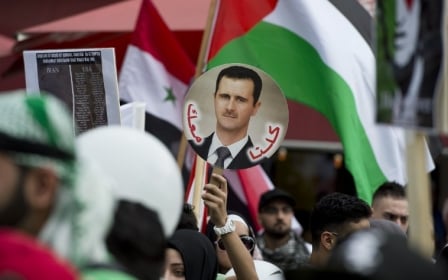 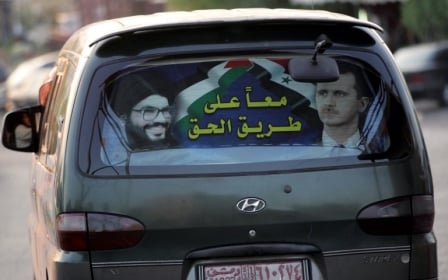 Syria War
Birth of a second Hezbollah? Where Iran stands in a post-war Syria
Shahir Shahidsaless 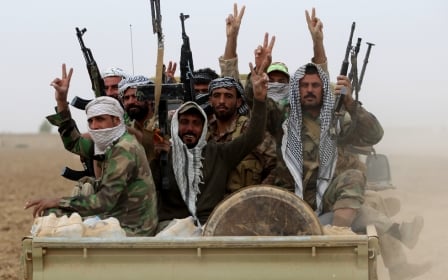