‘There is no trust’: Palestinian unrest continues over social security law BETHLEHEM, Occupied West Bank - Mohammad Taamra wakes up at daybreak every morning to see his kids off to school before going to his job as a chef at a restaurant in the West Bank city of Bethlehem.

When he finishes at the restaurant, the 30-year-old heads to the nearby Jacir Palace Hotel for an eight-hour shift as a server.

By the time he gets home, it is nearly midnight, and his wife and kids are asleep.

Taamra goes through the same routine every day, but at the end of every month, he's still struggling to make ends meet. "It's barely enough to get by, but I try as hard as I can," he tells Middle East Eye.

About half of Taamra’s monthly income of 4,000 shekels (about $1,090) goes to paying off bank loans and rent, while the other half is for food and household items, diapers for his newborn baby and tuition for his two other children.

Now, as an employee in the private sector, Taamra will be expected to hand over 7 percent of his monthly salary to help finance the Palestinian Social Security Corporation (PSSC), a new programme set up by the Palestinian Authority.

Enacted by presidential decree in 2016, the controversial social security law has yet to be implemented amid widespread opposition.

“Almost everyone I know works two, even three or four jobs, and we're barely scraping by," said Taamra, speaking to MEE during a break at his hotel job.

“In Palestine, we have low wages and high costs of living,” he said. "How can we think about social security when we’re just trying to put food on the table?"

Taamra’s grievances with the social security law have been echoed for months in protests and strikes across the occupied West Bank.

Though the law has yet to be enforced because of the ongoing protests, with most workers unsure when they will start seeing their salaries reduced, the first day for Palestinian companies with more than 200 employees to register to join the PSSC was last week.

The law sets the national retirement age for both men and women at 60, at which point workers should see their contributions given back to them in the form of a retirement pension.

Taamra said the thought of retirement makes him laugh, and that employees have largely been left in the dark about how the system will work.

"Who exactly is controlling the money? Where is it going? How is it being managed?" he asked. "The government hasn’t answered any of those questions. We don't know anything."

In the wake of protests and a general strike last week, Palestinian official Majed al-Helo, who oversees the PA's social security programme, said "major amendments" were introduced to the law to address the concerns of its critics.

He told Palestinian news agency Wafa that social security benefits will extend to the widows of pensioners after their death - no matter how the person dies - and that the PA is working to offer low-interest loans from the programme to companies that meet certain criteria.

The government is not being transparent enough, and if they want to see this law go through, they need to change that

But those promises haven't weakened opposition to the law, as critics continue to accuse the PA of not properly explaining how the system will work.

“The government is not being transparent enough, and if they want to see this law go through, they need to change that," said Mahmoud al-Afranji, 38, the coordinator of the Palestinian Human Rights Organizations Council (PHROC).

"I have been working for 15 years, but if I die tomorrow, my wife and kids will get nothing except my end-of-service pay," he told MEE. "I want to have the peace of mind knowing that if something happens to me, my family will be protected."

Unlike Taamra, who wants the law cancelled outright, Afranji hopes the law will be enacted, but only if the appropriate amendments are made.

"As a human rights activist, I believe that social security is a basic right that we should all have," Afranji said. "We can see the benefits of social security programmes all over the world.

“But in its current form, this social security programme won’t work," he said.

He said it was also crucial for the social security fund to remain separate from the PA and not be affiliated with any government institution.

“The simple reality is that people do not trust the government."

No trust in the PA

A lack of trust in Palestinian President Mahmoud Abbas and the PA has been a driving force behind the protests, with demonstrators adopting the slogan: "Thieves, thieves, a gang of thieves".

With the PA unable to ensure that companies pay their employees a standard minimum wage, many Palestinian workers doubt the government will be able to collect the employers' portion of the retirement contributions.

That, coupled with Israel's regular withholding of PA tax funds and frequent Israeli army incursions into PA-held areas, including Ramallah, has pushed some Palestinians to say the PA is not stable or powerful enough to protect their money.

In fact, the Israeli army has entered Ramallah, the PA's administrative hub, repeatedly over the past few weeks, sometimes in broad daylight. The Israeli soldiers have raided Palestinian shops and offices and confiscated surveillance camera footage, among other things.

“If they can’t protect our people, how can I trust them to protect my money and my future?” Taamra said.

Dawoud Yousef, a human rights and political analyst based in the West Bank, said the Israeli army raids have burst "the facade of PA sovereignty over the bubble that is Ramallah".

How can we think about social security when we’re just trying to put food on the table?

“There is a strong message being sent from Israel that even your own territory is not actually your territory," he said.

Yousef said the fact that the Israeli raids in Ramallah are happening at the same time as the protests against the social security law may spell disaster for the PA.

"Two messages are being sent right now to people across Palestine," he said. “First, that the PA is shaky in terms of its public support, and secondly, it can't even provide the two things most important to people: money and a Palestinian state."

If the protests shift into a wider call against the Palestinian government or Abbas himself, Yousef said he thinks the PA will be forced to backtrack on its plans for the law.

"The PA’s only legitimacy is based on money. And in the Trump era, they have very little aid or funding coming into their accounts," he said.

"With an impending economic crisis and the unlikelihood of elections happening soon, despite what Abbas says, if these protests were to take [on] a life of their own and really grow, it could be terminal for the PA." 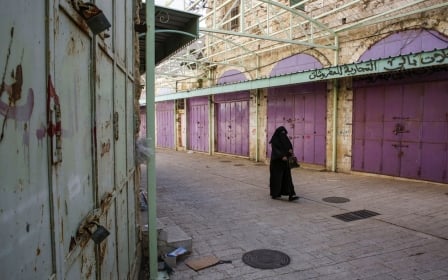 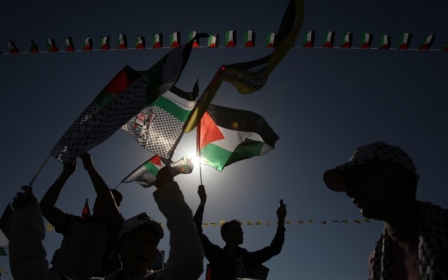 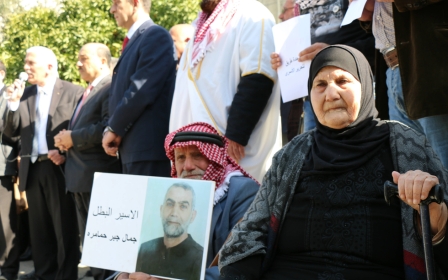