How Palestinians pushed for social security - and won

Firas Jaber
For over 20 years, politicians and technocrats sat on a law that would give Palestinian workers rights other Arabs already have – until our campaign 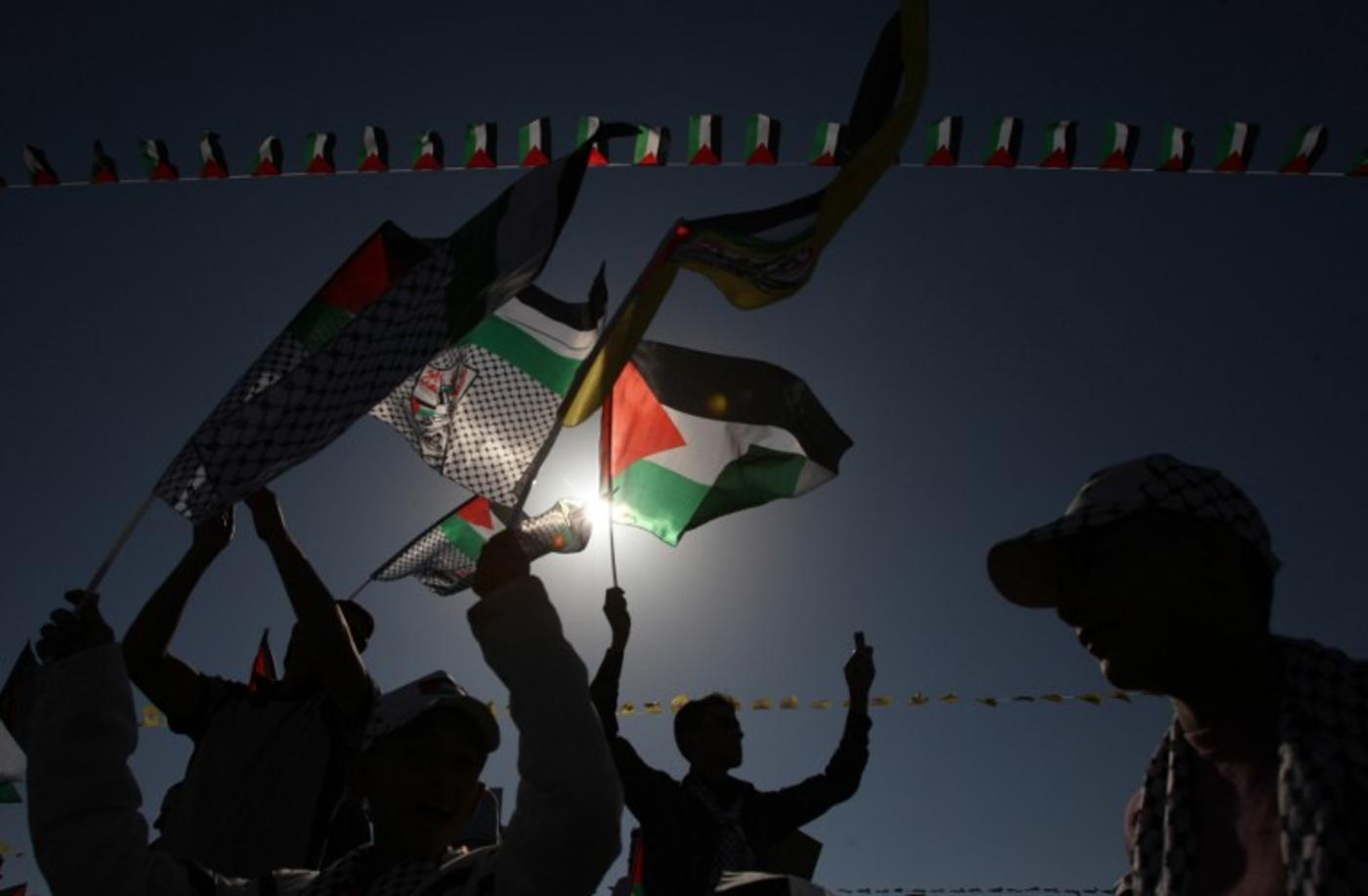 Worldwide, social security is an economic and social right, a fruit of the struggles of people, social movements and workers.

It serves to protect workers in case of illness, injury, disability and old age, and also seeks to provide a dignified, decent life for workers and workers after retirement.

In the Arab countries, after the colonialist era when contemporary states were founded, Morocco, Lebanon and Iraq each passed social security laws.

But in Palestine, which fell under occupation, no such constitutions or laws were ever passed – until just this year, more than 20 years after earnest work on the issue started.

In 1994, the Palestinian Authority was founded as a result of the Oslo Agreement, and a legislative council started to work on passing various laws including the social insurances law, which was passed in 2003 after many delays.

But after the law was issued and published, it didn’t come into effect. The World Bank recommended that the law shouldn’t be implemented because of its high cost, and because its sustainability was not guaranteed. And, because nobody challenged the position expressed by the World Bank, the law was cancelled.

Instead, the amounts deducted from the salaries of Palestinian workers inside Israel was withheld and their contributions, along with their rights over their money, remained in the Israel's control.

Back in 1994, as a result of the Paris Agreement between Israel and the Palestinian Liberation Organisation, it was agreed that these amounts would be transferred to a Palestinian institution equivalent to the Israeli national insurance institute. Given the large amounts that had already been collected from Palestinian workers, Palestinian officials were always keen to collect the money owed to the workers.

In 2012, the Palestinian Cabinet formed a national social security team, and was tasked with drafting a law in consultation with national stakeholders and parties, benefiting from regional and international experience offered by the ILO.

Despite objections from civil society organisations and trade unions, the team completed its work this February and submitted a draft law which was adopted by the cabinet, signed by the president, and published in the official newspaper the following month.

Civil society kept out of the process

Organisations, including some of the trade unions and research institutions like ours, had major criticisms of the law, particularly the lack of equity in its provisions. But mostly, we were concerned because the process lacked transparency and representation.

To start, no one from Palestinian civil society was at the table with the national team, led by Ahmad Majdalani, a member of executive committee of the PLO and the former minister of labour, who said that civil society lacked the experience to engage in the discussion.

Over four meetings, two trade unions, representatives of the private sector and the government drafted the law which was then transferred to a small steering committee for discussion.

Yet after all of this work, the only detail that the national team released was the percentage of contributions they had agreed. Everything else in the law remained secret and was stamped "not to be distributed or disseminated otherwise one would be held accountable”.

There were also major problems with the way the law was to be implemented, which followed a similar pattern to the drafting of the law itself.

An actuarial study providing the foundation of the law was supposed to be conducted in order to determine the minimum percentages to ensure the financial stability of the entire programme.

While experts from the International Labor Organisation supervised the study, they failed to account for even the most basic statistical scenarios. And then, members of the steering committee waited an entire year to get the Arabic translation of ILO’s abstract.

A third criticism was focused on how the steering committee actually operated. Committee members refused to listen to civil society and trade unions to postpone the law, or to open a dialogue with the community.

When one of the committee members was asked a question about the law, he replied by saying it was the responsibility of the trade unions to make the public aware of the law, but since they failed to deliver, it was their fault that questions remained.

Sit-ins, strikes and push back

All of these fundamental problems resulted in the creation of a large national coalition which brought together worker unions, trade unions, women's organisations, youth associations, experts and NGO networks, who met at the Red Crescent Society this April and announced a national protest campaign.

A policy paper prepared by the Al-Marsad Social and Economic Policies Monitor including comments and a critique of the law served as a basis for the campaign.

A large sit-in strike took place on 19 April attended by no less than 10,000 workers and employees. In response, the government declared the formation of a ministerial committee for dialogue about the law, which meant in fact the cancellation of the previously mentioned national team.

After the procrastination by the ministerial committee, a second strike was declared in May calling for the cancellation of the law and for it to be sent back for a national consultation. Eventually, it expanded to include workers from various sectors including municipalities.

Without the campaign, the law would simply have been implemented with no amendments

One of the campaign’s main critiques of the scheme is that it includes a complementary insurance system under the law, but one which is not under the responsibility of the newly-created institution and could be managed by a person or private company.

Worst yet, the law required the transfer of employee savings, including all of the allocations of workers inside the 1948 areas, into this complementary system. This meant that one person could control, invest or keep huge amounts of money while there are no guarantees by the state about its management. The national campaign demanded that the law was amended and sent back for national dialogue.

The campaign presented its wide-ranging demands to the legislative council and the government, including first and foremost that the state guarantee the funds contributed by the Palestinian workers, in line with Palestinian law and international conventions and standards.

Other changes demanded included amendments to the contribution percentages by employers and employees, retirement salary re-calculations, and adjustment of benefits for maternity leave and people with disabilities.

The private sector was also supposed to meet with the national campaign and legislative council but failed to attend previously scheduled meetings which meant that the dialogue lacked the participation of all parties to reach conclusive results about the most contentious issues.

However, late last month, amendments were achieved on most of the problem areas, in accordance with the national campaign. The council of the ministries adapted the demands and then, a few days later, the Palestinian president ratified and signed the law.

Without the campaign, which will continue to monitor the implementation of the law and the issuance of rules and regulations, the law would simply have been implemented with no amendments. Our experience shows that the power of community activism to affect policies and laws that impact Palestinian society is very much alive.

- Firas Jaber is the co-founder and a current researcher at the Ramallah-based political, social and economic observatory institute, Al Marsad.

Photo: Palestinians wave their national flag during a ceremony in the West Bank city of Ramallah to mark the sixth anniversary of the death of Palestinian leader Yasser Arafat in 2010 (AFP)