Houthis say thousands of Sudan's fighters killed or captured, with the experienced RSF troops often sent to the frontline 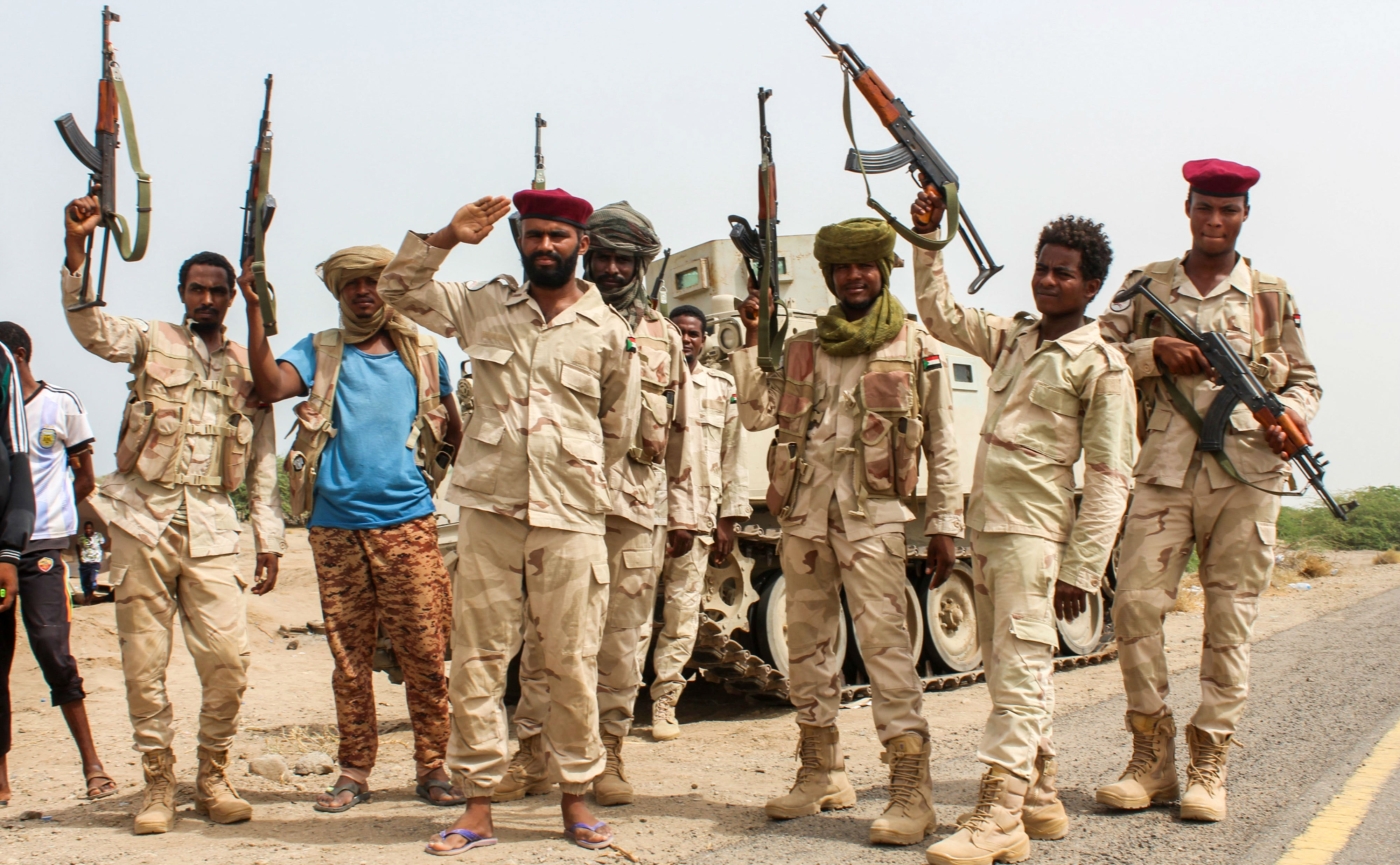 Though largely a civil war, Yemen's four-year-old conflict has drawn combatants from around the region, as the warring parties look to their international allies for support.

While Saudi and Emirati troops backing the government of Abd Rabbuh Mansour Hadi have been most prominent in the fight against the rebel Houthi movement, another country's fighters can be seen more readily on the frontline: those from Sudan.

Yemeni fighters say the Sudanese they fight alongside are some of the toughest troops in the Saudi-led coalition battling the Houthis.

'The Sudanese regime threw its forces into the ground warfare, where many of the coalition states refrained'

However, the Houthis themselves claimed last weekend that Saudi and Emirati forces are willing to push the Sudanese to the frontline while remaining in relative safety themselves.

A Houthi spokesman said on 2 November that Sudanese troops have died in their thousands since the coalition intervened on Hadi's behalf in 2015.

"The Sudanese regime forced its soldiers to fight as mercenaries in return for money within the ranks of the aggressor coalition forces," spokesman Yahia Sariea said in a news conference.

"Other states [have] limited their role to joining the air strikes or naval forces. The Sudanese regime threw its forces into the ground warfare, where many of the coalition states refrained."

Some 4,000 Sudanese have been killed in Yemen since 2015, Sariea said, adding that the pro-Hadi coalition has shown little appetite to see the return of captured fighters in prisoner-swap deals.

Over the four years of Yemen's disastrous war, in which some 100,000 people are estimated to have been killed, Sudanese have been deployed in key areas and along hot front lines, such as Taiz, Hajjah and Hodeidah.

A Houthi spokesperson accused the coalition on Saturday of pushing Sudanese troops to the front lines and neglecting captured Sudanese soldiers during prisoner swaps.

The Sudanese fighters have been drawn principally from the Rapid Support Forces (RSF), a tribal paramilitary group aligned with Sudan's government and previously known as the Janjaweed.

The Sudanese fighting with the Saudi coalition are often veterans of the Darfur conflict, and have been accused of incorporating children in their ranks.

Soldiers told Middle East Eye that, alongside Yemeni fighters, the Sudanese troops suffer some of the heaviest losses. 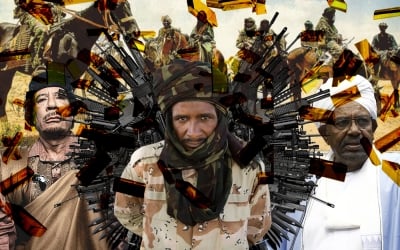 Majed Ghurbani, a 43-year-old Yemeni fighter on the western coast, told MEE that since he began fighting with pro-Hadi forces in 2015, he "has not seen any Saudi or Emirati fighter on the frontline".

"The Sudanese are brave fighters, and they have more experience in fighting than Saudis, Emiratis or Yemenis," he said.

"We have been learning a lot from them, and we have achieved many advances thanks to them."

Ghurbani used to be a soldier in Dhamar under the regime of former Yemeni president Ali Abdullah Saleh, but he fled the southwestern province in 2015 and joined the battles against the Houthis, which had allied with Saleh.

"I have been working as a soldier for 18 years, but I do not have the experience of Sudanese fighters," he said.

"While this is my first war, they have prior war experience in their country and have received proper training."

In recent months, much of the fighting between coalition and Houthi forces has concentrated on the west coast. There, Ghurbani estimates, hundreds of Sudanese and Yemeni fighters have lost their lives.

Sudan in the spotlight

In his news conference, Sariea said more than 8,000 Sudanese fighters have been killed, wounded and detained.

Sariea said 2,049 Sudanese soldiers were killed in Taiz, in the south and on the western coast, about half of the overall number since the intervention began. A total of 3,747 have been wounded, he added.

Sariea showed a number of videos purportedly showing Sudanese detained by the Houthis, asking their country to withdraw from Yemen.

Sudan entered the conflict under the leadership of longtime autocrat Omar al-Bashir, who was toppled by the military in April after months-long protests.

According to Sariea, three Sudanese brigades consisting of 6,000 soldiers and officers have withdrawn from the country.

"That was a kind of psychological warfare and exaggeration against the truth," Hasan told Al Jazeera TV, declining to give any figures for casualties or detainees.

"There is no way to reveal the loss; the answer of this question means defeat for the forces on the ground." 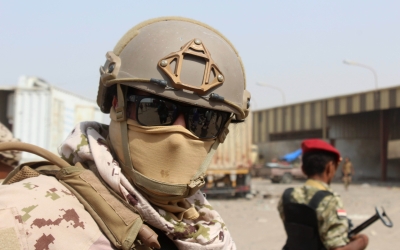 "There is no war without loss," he said.

Abu Malik, a Houthi military leader, confirmed to MEE that there are at least dozens of Sudanese detainees in the movement's prisons, confirming that most of them were detained in battles on the western coast.

"It is normal for Sudan to deny these figures as they are huge, and Sudanese soldiers will refuse to join battles if they know the truth," Abu Malik told MEE.

Abu Malik said that the Sudanese usually fight on the front lines and drive Emirati armoured vehicles, while the Saudi and Emirati forces only supervise the battles.

For the Houthis and many supporters of Hadi, the Sudanese are fighting in Yemen as mercenaries, rather than because they want to prop up the Yemeni government.

"The Sudanese fighting under the leadership of the coalition implement the agenda of the UAE and not Hadi, because they are mercenaries fighting for the sake of money," Khaldoon, a pro-Hadi military leader in Taiz, told MEE.

"When I met some of them in a battle in Mocha, I found that fighting is a source of income for them, nothing else." 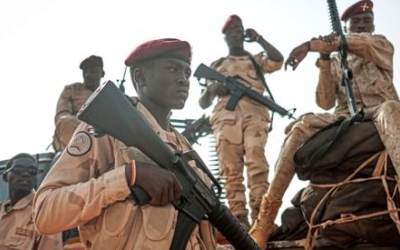 Khaldoon, who wished to be identified only by his first name, confirmed that there have been huge casualties among Sudanese fighters, but he said Sudan does not want to admit the figures as it might affect the country economically.

"There are around 30,000 Sudanese fighters in Yemen, and Sudan sees them as a resource to bring foreign currency into the country, so it is normal that Sudan does not talk about its loss in Yemen," he said.

Far from the battles, there is anger among residents on the western coast against Sudanese fighters, who local Yemenis accuse of abuses.

The anger started last year after a Yemeni woman told the media she had been raped in western Yemen's al-Khawkha, near a Sudanese military base.

The lack of a subsequent investigation by the coalition brought much criticism on Hadi's government and the Sudanese forces fighting on his behalf. Meanwhile the incident has badly affected the Sudanese's reputation in the country.

"I hope Sudanese troops will withdraw from Yemen because they do not respect Yemenis and behave immorally with the Yemeni women," Khaldoon said. 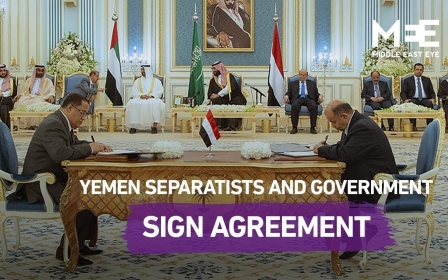 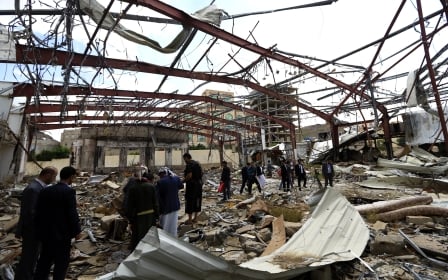 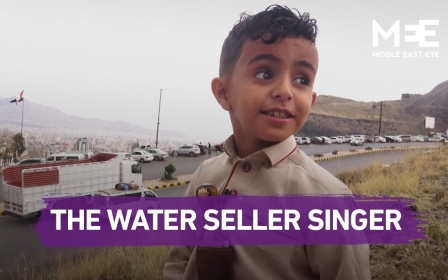