Yemenis from all sides demand investigation and punishment, while government and Saudi-led coalition stall official inquiry 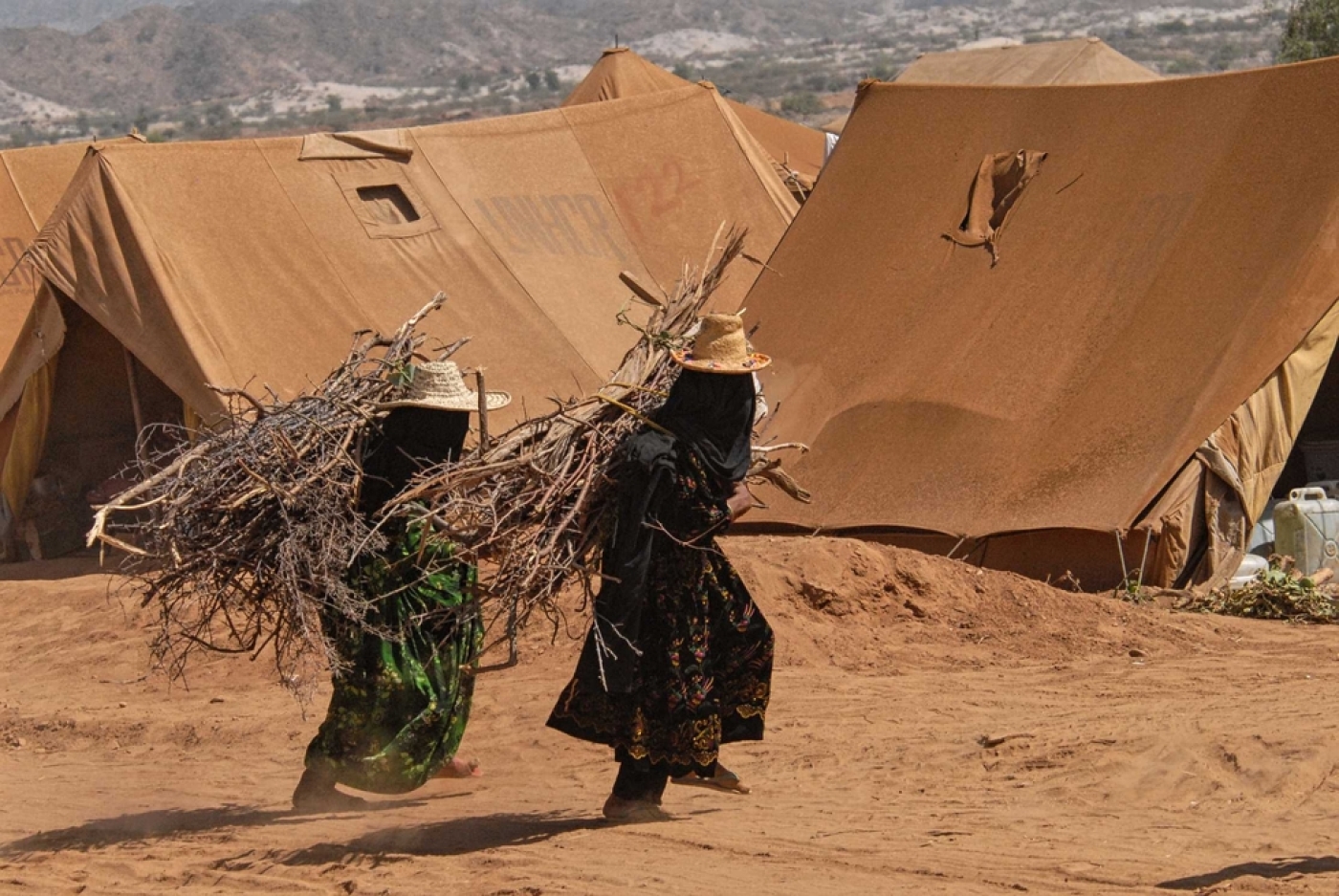 AL-HODEIDAH, Yemen – The lack of official follow-up into the alleged rape of a Yemeni woman by a Sudanese mercenary fighter has led to widespread popular anger at the Hadi government and Saudi-led coalition.

The incident, which happened last Thursday, has united all sides in Yemen against the UN-recognised and Saudi-backed government of exiled president Abd Rabbuh Hadi, as authorities have failed to formerly investigate the reported rape.

Ramadhana - whose last name is not known - a mother in an impoverished family in Hodeidah province, says she was raped by a Sudanese mercenary, fighting on behalf of the Saudi-led coalition, which in early 2015 intervened in Yemen on behalf of Hadi, against the rebel Houthis.

Ramadhana, in interviews since the alleged incident, says she was attacked while out collecting firewood. Her family lives near the Aby Mosa al-Ashaari military camp in the district of al-Khawkha.

In a recent interview with Yemeni poet Mohammed al-Masmari, who is based in the US, Ramadhana said that as she was on her way to collect firewood, a Sudanese fighter intercepted her, striking her in the face and then raping her.

When I entered the camp, I recognised the Sudanese fighter, but the Emirati forces threatened me, and said that they would take me to the Emirates if I did not fingerprint that the Sudanese had not raped me

She told Masmari: "While I was going to gather firewood with other women near to the Abu Musa al-Asha'ari military camp, the Sudanese [fighter] was standing in the way and he asked me where I was going. I replied: 'Let me go on my way.' Then I walked away but he grabbed [me] by [the] neck - by this time I was alone, as the other women had gone ahead.”

"Then he hit me in the face and dragged me to an area nearby, next to some trees, where he raped me. This was 4pm on Thursday.”

After the incident, some women took Ramadhana to see a doctor, who examined her and confirmed that she had been raped, she said.

But then Emirati forces intervened, bringing her to the military camp where the alleged assailant was stationed, and forced her to fingerprint a document confirming that she had in fact not been raped. The Emirati forces heard of the alleged rape after Ramadhana told the local sheikh and others about the incident.

"When I entered the camp, I recognised the Sudanese fighter,” she told Masmari, “but the Emirati forces threatened me, and said that they would take me to the Emirates if I did not fingerprint that the Sudanese had not raped me.”

Her husband had at this point joined her, she said, but the Emirati forces took him out of the room before threatening her and forcing her to fingerprint the document.

News of the incident soon spread, and has become a rare unifying issue for local residents. While Hodeidah residents – and indeed all Yemenis – may differ on various issues, most seem united in anger towards the Hadi government and Saudi-led coalition on this issue, due to the lack of official investigation.

Alaa Sultan, a resident of Hodeidah who works at the port, said that news of the alleged rape has created a sense of anger against Hadi, his government, and the Saudi-led coalition, as they do not seem to care about the honour of Yemeni citizens.

"I am an independent man and I do not care about politics but I am a Yemeni and the honour of al-Khawkha's women is my honour,” he said, “so I condemn Hadi, his government and the Saudi-led coalition for their silence against this matter.”

"I want to tell Hadi and his officials to imagine that this woman from al-Khawkha is one of their relatives, what would they do then?

“I hope they think of this woman as a member of their families."

Sultan added that he believes the silence of Hadi and his government has made the exiled president – who is now based in Saudi Arabia – an enemy of all Yemenis, and said he is willing to protest against Hadi’s ongoing silence.

In a YouTube video, Yemeni activist Galal al-Salahi, also based in the US, said that Hadi bears sole responsibility for the case, as he invited foreign forces into Yemen.

Salahi also encouraged Yemenis in the US to protest in front of the Sudanese embassy in DC.

Fathi bin Lazraq, the editor-in-chief of Aden-based al-Ghad newspaper, tweeted at the weekend that, “The matter of raping a Yemeni girl in al-Khawkha is a matter for every Yemeni who is free and honourable. Allah curses those who disappoint or keep silent. Our shame is one and silence is shame."

A source in the pro-Hadi Information Ministry, speaking to MEE, agreed that the incident was a matter for all Yemenis, and said that the government will direct authorities to follow-up on the allegations.

The matter of raping a Yemeni girl in al-Khawkha is a matter for every Yemeni who is free and honourable. Allah curses those who disappoint or keep silent

"The government will coordinate with the military forces in al-Khawkha, who will soon investigate the case and will take the proper steps regarding the case."

However, Yemenis such as Sultan believe that the government is delaying the investigation as a tactic to wait until public anger blows over, and thus avoid the need to severely punish the alleged culprit.

“We should not wait any longer for the government to investigate, we must protest against them as soon as possible."

On Monday, dozens of women protested in the capital city of Sanaa, condemning the alleged rape, and demanding that all Yemenis get behind the victim.

The Grand Mufti of Yemen, Shams al-Deen has also called on Yemenis to fight for the liberation of Yemen from the "invasion" of the Saudi-led coalition, in response to the al-Khawkha incident.

Before news of Ramadhana’s alleged rape, rumours had already been circulating that Sudanese fighters allied to the Saudi-led coalition had been raping women along the western coast, in areas won back from Houthi controls.

But residents had not been keen to speak out, as rape is seen as a source of shame.

Ramadhana, however, when speaking out, has encouraged the Sanaa-based Human Rights Ministry and politicians to confirm that her rape was not the first such case.

The Houthi-run Human Rights Ministry’s office in al-Hodeidah province on Sunday issued a release saying that local staff had confirmed the rape of the woman in al-Khawkha, demanding an international committee investigate the matter and punish the criminal.

The statement alleges that the Sudanese soldier shot bullets in the air to scare the women out collecting firewood, to threaten them not to help their friend, the victim.

“The victim arrived at the al-Khawkha police station, bleeding from her nether regions,” the statement said, adding that the other women had brought her in after she fainted.

The office condemned the ongoing incidents of rape being carried out by Saudi-led fighters.

The head of the Houthi Revolutionary Committees Mohammed Ali al-Houthi tweeted on Sunday that several women have been raped by Sudanese soldiers in al-Khawkha, not offering a source for his information.

'I call for protests to condemn the acts of aggression by Saudi Arabia and his allies, the Sudanese, in raping the women of al-Khawkha'

"I call for protests to condemn the acts of aggression by Saudi Arabia and his allies, the Sudanese, in raping the women of al-Khawkha. The protests can be in al-Hodeidah district or all provinces," he tweeted.

"This crime is against the religious, against Yemeni traditions, morals and also against the law. The reaction of Yemenis will be felt."

The residents of al-Khawkha say they live in fear of the Saudi-led forces in their area, so many declined to speak to MEE, or even speak on condition of anonymity.

One resident, who declined to give their name, said that: “We have heard these rumours of women being raped by Sudanese, but no one wanted to speak out about it, so we are thankful to Ramadhana that she has exposed such crimes.

“We hope that organisations and international community defend us from the Saudi-led coalition."

He stated that al-Khawkha is under the control of the Saudi-led coalition, so residents cannot resist against them, adding that everyone should get behind Ramadhana, as it is a matter for all Yemenis.

"The Ramadhana incident has made women fearful of the Sudanese, so I hope that Yemenis do not let Ramadhana down, and that women can again leave their houses freely, as before.”