Trump lauds Sisi, says he is 'not concerned' with demonstrations in Egypt

'Egypt has a great leader; he's highly respected,' US president says of his Egyptian counterpart 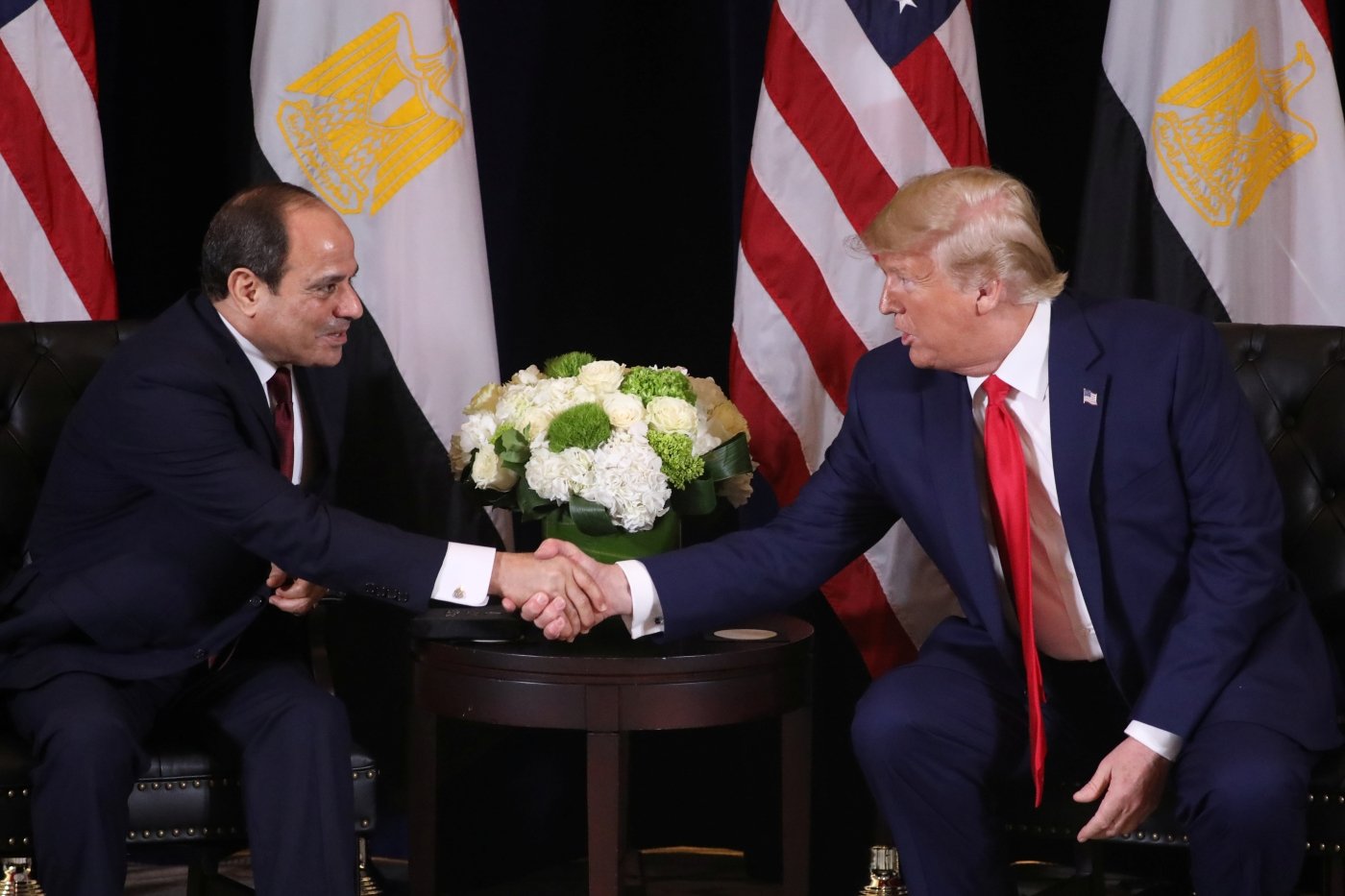 As protesters across Egypt face a brutal crackdown by security forces, who have arrested hundreds of demonstrators over the past few days, Donald Trump heaped praise on Egyptian President Abdel Fattah el-Sisi, calling him a "real leader".

Trump dismissed the protests when he met Sisi on Monday in New York on the sidelines of the UN General Assembly, saying that even former US President Barack Obama faced demonstrations.

"No, no I'm not concerned with it," he said when asked about the demonstrations. "Egypt has a great leader; he's highly respected. He's brought order, before he was here there was very little order - there was chaos - and so I am not worried about that at all."

Sisi, who was sitting next to the US president, could be seen grinning dismissively when the question was asked to Trump.

When he was asked the same question, Sisi gave a vague answer suggesting that the Muslim Brotherhood - which he outlawed - is behind the protests.

"The region will suffer from lack of real stability, as long as political Islam is trying to reach power in our countries," Sisi said.

Scores of social media users started denouncing Trump immediately after the news conference as #TrumpSupportsAThief, which was started by Egyptian whistleblower Mohamed Ali, became the top trending hashtag in Egypt.

"Our people are dying in Egypt while they called for freedom, human dignity and social justice as Sisi is not believing in human rights," Egyptian journalist Osama Gaweesh wrote under the hashtag.

On Sunday, US Senator Bernie Sanders, who is running for president, slammed Trump - who once called Sisi his "favourite dictator" - for supporting the Egyptian president.

I believe the United States should stand for human rights, especially with governments that receive large amounts of US aid, as Egypt does. All people have the right to protest for a better future. Sisi should respect that right. https://t.co/EP7DccjTMU

Sisi came to power in a 2013 coup that ousted democratically elected former president Mohamed Morsi. Since then, he has snuffed out all forms of opposition and jailed as many as 60,000 dissidents, with many facing death sentences.

Sisi also blacklisted Morsi's Muslim Brotherhood as a terrorist group. Morsi himself was held in prison in conditions which campaigners said had contributed to his death of an apparent heart attack following a court hearing in June.

Trump has shied away from criticising human rights abuses in Egypt, piling praise on his Egyptian counterpart every time the two leaders meet.

Monday's meeting was the second in as many months between Sisi and Trump.

Sisi said the frequency of his meetings with Trump reflect the strong relationship between Cairo and Washington and the personal rapport between the two leaders.

"Allow me here to note my strong admiration to the president and his wisdom in dealing with military option as a last option in regards to the crisis," he said, apparently referring to the stand-off between the US and Iran. 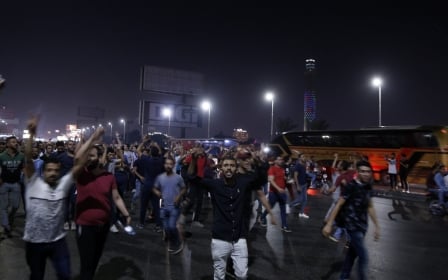 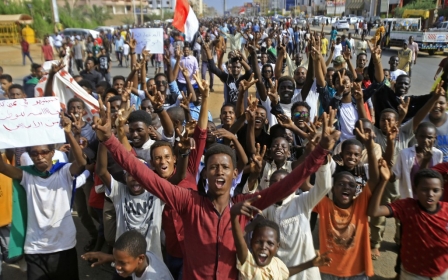