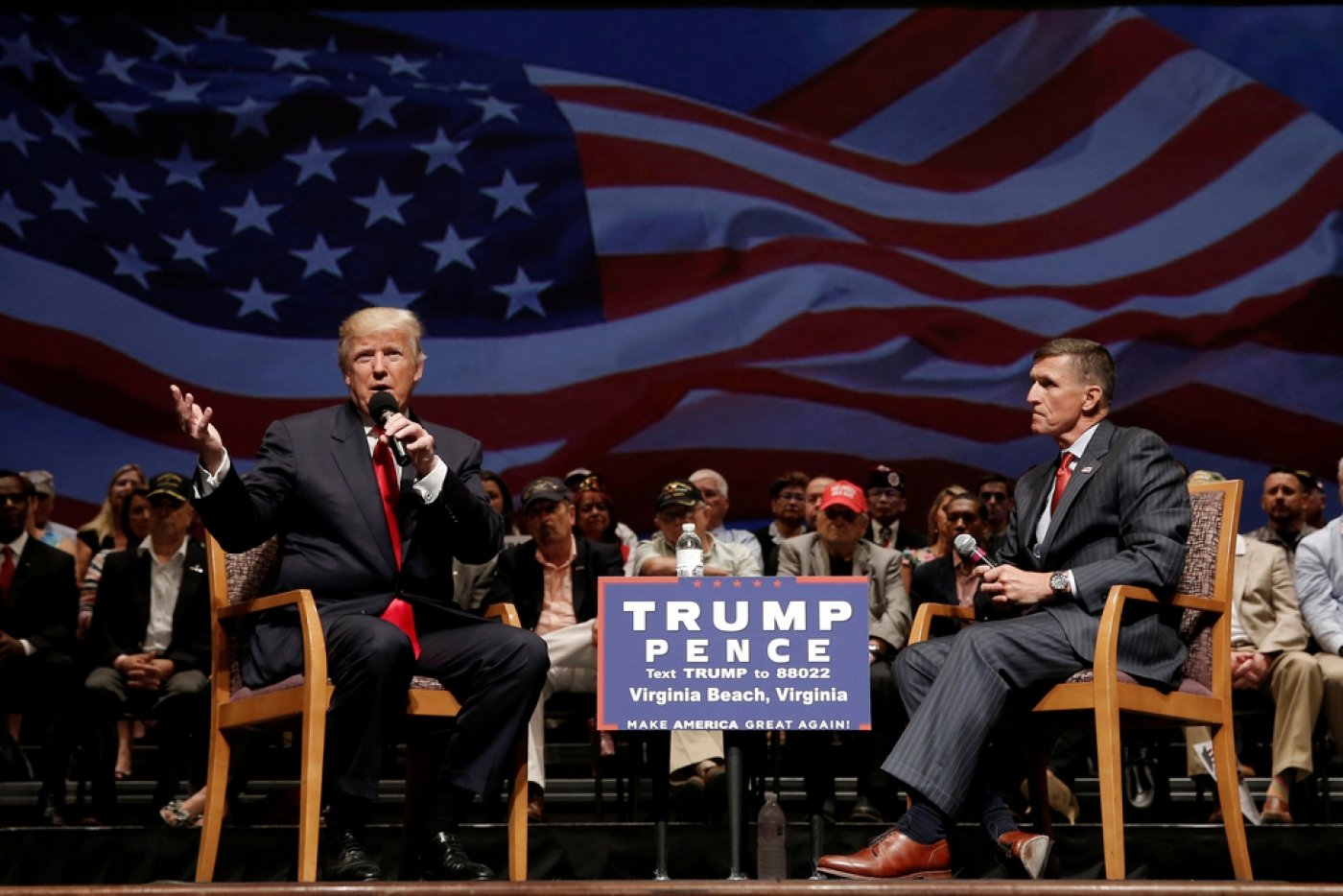 Flynn, who advised Trump during the campaign on national security issues, is a former head of the Defense Intelligence Agency. He was reportedly forced out of the DIA in 2014 after clashing with superiors over his management style and apparent disagreements with the Obama administration over the battle against al-Qaeda.

Asked if Flynn is expected to accept, a person familiar with the offer replied: "When the president of the United States asks you to serve, there is only one answer."

If he accepts, Flynn would become the chief authority in the White House advising the president on national security issues.

With Trump’s victory already stoking fear among Muslim Americans, amid talk of creating a registry for immigrants from Muslim countries, offering Flynn the national security adviser job will not send a reassuring message.

"Fear of Muslims is RATIONAL," he tweeted in February.

Fear of Muslims is RATIONAL: please forward this to others: the truth fears no questions... https://t.co/NLIfKFD9lU

Earlier this week, the Council on American-Islamic Relations (CAIR) called on Trump to avoid appointing Flynn to the position "because of his history of anti-Muslim comments and associations".

“I've been at war with Islam ... or a component of Islam, for the last decade,” Flynn has said.

CAIR cited him as calling the religion a “cancer” at a Texas event this year.

“A person who believes the faith of one-fourth of the world’s population is a ‘cancer’ should not be advising the president on anything, let alone on our nation’s security,” said CAIR national executive director Nihad Awad.

Flynn’s son, who is the former general’s chief of staff, has repeatedly shared conspiracy theories and racially insensitive posts on social media, according to a CNN report.

The younger Flynn has accused Clinton aide Huma Abedin of having ties to the Muslim Brotherhood, and used vulgar language throughout the campaign to attack Trump’s opponent.

In March, he tweeted a fake news story about Trump’s Republican primary opponent Marco Rubio, in which he referred to Rubio’s "coke house, gayish dance troupe, and foam parties”.

Flynn views the "war on terror" through an ideological lens, as he has repeatedly reaffirmed that militant groups' driving motivation stems from religion, not politics.

"I think where we missed the point, where we totally blew it was in the very beginning, I mean we’re talking four years now into this effort in Syria ... the Free Syrian Army, that movement, I mean where are they today? Al-Nusra, where are they today? How much have they changed?" Flynn asked. "When you don't get in and help somebody they’re going to find other means to achieve their goals."

“The Salafists, the Muslim Brotherhood and al-Qaeda in Iraq are the major forces driving the insurgency in Syria." He also said that the US was "coordinating arms transfers to those same groups".

In his book, The Field of Fight: How We Can Win the Global War against Radical Islam and Its Allies, he wrote that the West is at war with “radical Islamic terrorism”, going so far to call it a “world war”.

In comments to the Washington Post in August, Flynn called for an alliance with Russia against "radical Islamism", comparing it to the alliance between the US and the Soviet Union against Nazi Germany during the Second World War.

"We beat Hitler because of our relationship with the Russians, so anybody that looks on it as anything but a relationship that's required for mutual supporting interests, including ISIS [the Islamic State group], ... that's really where I'm at with Russia," he said.

"We have a problem with radical Islamism and I actually think that we could work together with them against this enemy. They have a worse problem than we do."

In the New York Post in July, he also said the US was involved in a global war against an "enemy alliance that runs from Pyongyang, North Korea, to Havana, Cuba, and Caracas, Venezuela"

"Along the way, the alliance picks up radical Muslim countries and organisations such as Iran, Al-Qaeda, the Taliban and Islamic State."

A test of Trump's ability to repair the damage from his caustic campaign could come in the national security realm. It is among the most important and sensitive areas of an administration, but Trump is at a disadvantage, having no experience in the field.

His bombast about nuclear weapons, his threat to step back from NATO and his friendly relationship with Russia's leader Vladimir Putin have also given foreign policy experts pause.

Fifty Republican national security experts wrote an open letter in August opposing Trump, saying he would be "the most reckless president in American history".

Flynn is a fierce opponent of the nuclear deal with Iran and has called the Middle Eastern country “a nation-state that has demonstrated behaviour that is unacceptable to international norms and laws, and they don't accept accountability for any of their actions”.