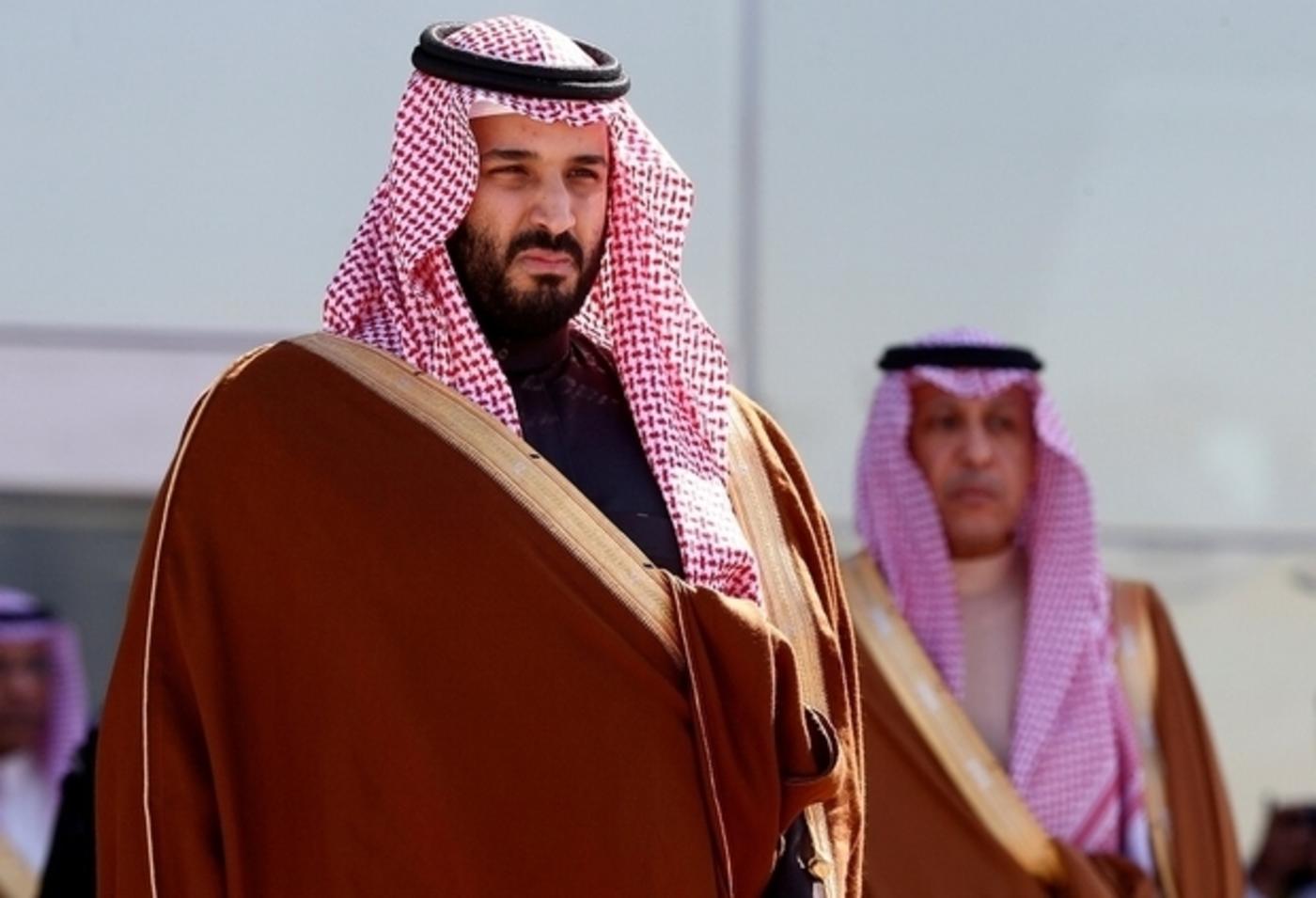 As the United States pressed Saudi Crown Prince Mohammed bin Salman to end his oil price war with Russia, US President Donald Trump is reported to have given the kingdom's de facto leader an ultimatum.

In a 2 April phone call, Trump told the crown price that unless Opec started cutting oil production, he would be unable to stop lawmakers from passing legislation to withdraw US troops from Saudi Arabia, four sources familiar with the matter told Reuters.

Ten days later, Opec, Russia, and other oil-producing nations agreed to cut output by a record amount, representing about 10 percent of global supply, to support oil prices amid the coronavirus pandemic.

Bin Salman was so taken aback by the threat that he ordered his aides out of the room so he could continue the discussion in private, according to a US source who was briefed on the discussion by senior administration officials.

The week before Trump’s phone call with the crown prince, US Republican Senators Kevin Cramer and Dan Sullivan had introduced legislation to remove all US soldiers, Patriot missiles and anti-missile defence systems from the kingdom unless Saudi Arabia cut oil output.

Trump's move illustrated the extent of the president’s desperation to protect the US oil industry from a historic price meltdown as governments shut down economies worldwide to fight the virus.

A senior US official summed up the warnings, made through various diplomatic channels, as telling Saudi leaders: “We are defending your industry while you’re destroying ours.”

'The president reserved the right to use every tool'

Reuters asked Trump about the talks in an interview Wednesday evening at the White House, at which the president addressed a range of topics involving the pandemic.

Asked if he told the crown prince that the US might pull forces out of Saudi Arabia, Trump said, "I didn't have to tell him."

"I thought he and President Putin, Vladimir Putin, were very reasonable," Trump said. "They knew they had a problem, and then this happened."

'I thought he and President Putin, Vladimir Putin, were very reasonable. They knew they had a problem, and then this happened'

Asked what he told bin Salman, Trump said: "They were having a hard time making a deal. And I met telephonically with him, and we were able to reach a deal" for production cuts.

Saudi Arabia’s government media office did not respond to a Reuters request for comment.

A Saudi official who asked not to be named stressed that the agreement represented the will of all countries in the so-called Opec+ group of oil-producing nations, which includes Opec plus a coalition led by Russia.

“Saudi Arabia, the United States and Russia have played an important role in the OPEC+ oil cut agreement, but without the cooperation of the 23 countries who took part in the agreement, it would not have happened,” said the Saudi official, who declined to comment on the discussions between US and Saudi leaders.

Asked whether Trump told Saudi Arabia it could lose US military support, US Energy Secretary Dan Brouillette told Reuters the president reserved the right to use every tool to protect US producers, including “our support for their defence needs”.

However, as reported by Middle East Eye earlier this month, a telephone call in March between Russian President Vladimir Putin and bin Salman degenerated into a shouting match just before Riyadh decided to flood the market with oil.

Saudi Arabia announced in mid-March it would pump a record 12.3 million barrels per day – unleashing a price war with Russia.

On 16 March, Cramer was among 13 Republican senators who sent a letter to bin Salman reminding him of Saudi Arabia's strategic reliance on Washington.

The group also urged Commerce Secretary Wilbur Ross to investigate whether Saudi Arabia and Russia were breaking international trade laws by flooding the US market with oil.

On 18 March, the senators - a group that included Sullivan of Alaska and Ted Cruz of Texas - held a rare call with Princess Reema bint Bandar bin Sultan Al Saud, the Saudi ambassador to the US.

Cramer called the conversations “brutal” as each senator detailed the damage to their states’ oil industries.

“She heard it from every senator. There was nobody that held back,” Cramer told Reuters.

Cramer said the princess relayed their comments to officials in Saudi Arabia, including the energy minister.

On 3 April, Trump hosted a meeting at the White House with senators Cramer, Cruz, and Sullivan, and oil executives from companies including Exxon Mobil, Chevron, Occidental Petroleum and Continental Resources.

During the public portion of the meeting, Cramer told Trump that Washington can use the billions of dollars it spends defending Saudi Arabia on other military priorities “if our friends are going to treat us this way”.

'Bend at the knees'

The prospect of losing US military protection made the royal family “bend at the knees” and bow to Trump's demands, a Middle Eastern diplomat told Reuters.

After prolonged and fractious negotiations, top producers pledged their record output cut of 9.7 million bpd in May and June, with the understanding that economic forces would lead to about 10 million bpd in further cuts in production from other countries, including the US and Canada. Trump hailed the deal and cast himself as its broker.

“Having been involved in the negotiations, to put it mildly, the number that OPEC+ is looking to cut is 20 Million Barrels a day…” he tweeted shortly after the deal.

Saudi Arabia relies on the US for weapons and protection against regional rivals such as Iran.

The kingdom’s vulnerabilities, however, were exposed late last year in an attack by 18 drones and three missiles on key Saudi oil facilities.

Washington blamed Iran for the attack, an accusation that was denied by Iran. Covid-19
'Most' of Mecca’s population may be infected with coronavirus, Saudi sources say